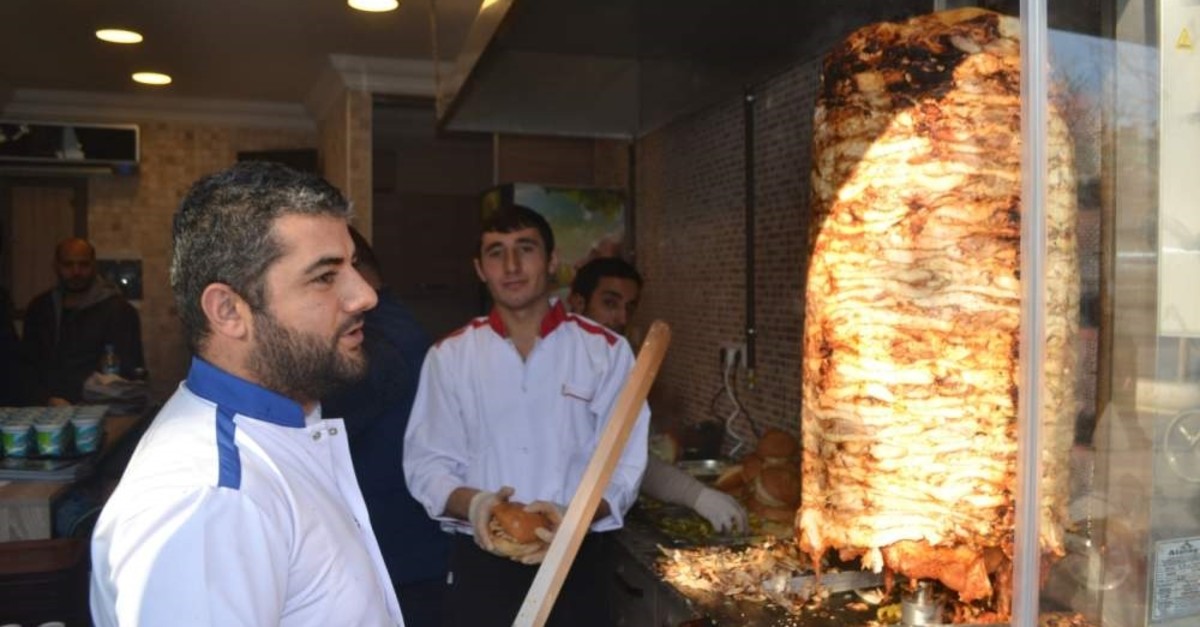 Minister Pakdemirli dismissed allegations of doner kebap shops using bleach to process stale chicken as fake news, testing the claim himself on a chicken. He also called for regulations against fearmongering

Agriculture and Forestry Minister Bekir Pakdemirli has dismissed recent allegations that certain doner kebab shops are involved in the practice of washing stale meat with bleach to mask its smell.

The minister on Thursday said the claims were groundless and he had failed to achieve any such result after submerging chicken in bleach. Speaking to the Turkish language daily, Milliyet, Pakdemirli said he had only become aware of the myth after President Recep Tayyip Erdoğan contacted him and demanded an answer.

"I told him [Erdoğan] 'that you can't achieve anything by submerging meat in bleach as far as I know, but I'll check it out anyway," the minister said.

The allegations first surfaced in late January when the head of the International Döner Federation (UDOFED) Mehmet Mercan was quoted as saying that certain doner kebab shops were washing stale chicken meat with bleach instead of getting fresh stocks.

The claims gained much traction on social media as the news spread. Typically, beef doner has been a staple of Turkish cuisine but increasing costs have made it unaffordable – leading to a boom in the popularity of its cheaper, chicken counterpart.

Decrying the allegation as false, the minister went on to say that allegations of food adulteration that make headlines every so often mostly turn out to be untrue.

"Paint in tea, potato in cheese, bleach on the chicken meat ... 90% of these are lies," Pakdemirli said.

"Our head of food inspection called the editor printed this news. The man apologized. We told him, you spread this all across Turkey! If you are the one who spread the news, tell us who these (adulterers) are. Our inspection teams are ready. But he just said no."

Regarding the allegations, the minister said his own experiments did not yield any results and he blamed mass producers for spreading false news.

"I submerged some chicken in bleach at my office to see what would happen and to check whether it did anything to the meat, like brightened the color. It didn't. It's the mass doner producers who are spreading this false news. They process ready-made doner meat and they want every small vendor to use their product instead of preparing their own," Pakdemirli said.

The minister accused the media of fearmongering, calling for legislation against the spread of false rumors about food adulteration.

"They say avoid eating eggs, it will lead to high cholesterol. This sort of attitude needs to be kept regulated. What scientific evidence do you have to make such claims? If they can't answer, it needs to be punished in some way. Same for the media organizations that publish it. Everybody wants to play to the crowd. It's never to restrict what people have to say but to curb false advice," the minister added.

Despite the recent steps and regulations, food safety still tops the agenda of the government as public complaints mount over companies fined for violating food safety code.

The ruling Justice and Development Party (AK Party) is preparing to introduce new regulations that foresee prison sentences of up to five years for people and businesses involved in the production, sale and import of food deemed dangerous to public health.

According to the draft bill, the violation of food safety will be punishable with prison terms of between one to five years, along with fines. Currently, companies or people involved in violations are fined and imposed a business ban, which can be circumvented as violators keep opening new firms under different names.

The bill also calls for mandatory recall of food violating safety from the markets and their destruction. If the same person or business repeats the violation within the two years of the first violation, they will be banned from working in the food sector for a period of up to 10 years.

The bill orders fines between TL 5,000 and TL 250,000 for businesses involved in the production of counterfeit food products or deliberately mislabeled food products, like pork packaged and sold as cow meat.