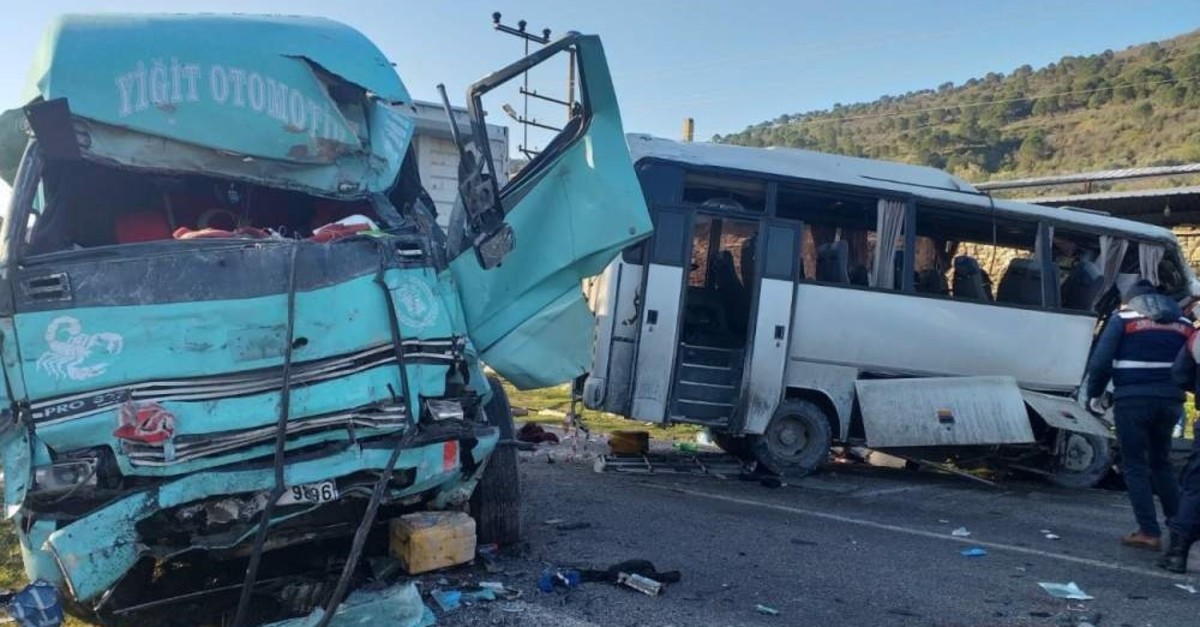 At least 12 people were killed and many others were injured in traffic accidents throughout Turkey on Thursday, with reckless driving and icy roads emerging as primary causes.

Four people were killed and eight others were injured as a minibus carrying workers crashed with a truck in western Turkey's Izmir province. The minibus was carrying workers to a gold mine located in the Bergama district.

The workers were rescued from the wreckage of the minibus by firefighters and transferred to a nearby hospital. Four out of eight injured are in critical condition, reports said. The injured also include two Georgian nationals.

In southeastern Şanlıurfa province, three members from the same family perished as their vehicle collided with a truck on the Şanlıurfa-Gaziantep highway. Another family member, critically wounded in the accident, was rushed to the Mehmet Akif İnan Training and Research Hospital.

In Istanbul, a concrete mixer hit and killed a person in the Esenyurt district. Police units could not find any identification documents on the deceased, who is believed to have committed suicide.

In the Şile district, a car collided with heavy construction equipment while cruising at high speed. One person died at the scene and two others, trapped inside the overturned car, were rescued by firefighters and rushed to a hospital.

Elsewhere in Turkey, various accidents occurred amid harsh winter conditions and heavy snowfall. A car carrying four people, including three members from the same family, steered off the road in central Sivas province due to heavy snowfall and crashed into a safety barrier on the highway. An 8-year-old girl died in a nearby hospital accident despite the intervention of first responders and doctors, while other passengers were also injured.

A minibus carrying passengers from the Boğazlıyan district in central Yozgat province veered off an icy road and hit a concrete lighting column. Two passengers were killed and four others were injured.

In southern Kahramanmaraş province, a shuttle minibus carrying workers to a factory veered off the highway due to snow, injuring nine people including the driver.

In central Aksaray province, a truck carrying pasta from a factory in southeastern Gaziantep province to Istanbul veered off the icy road and overturned. Five people were injured in the accident. The driver was carrying his two children, his niece and her daughter in the tow truck to visit one of his daughters who just gave birth.