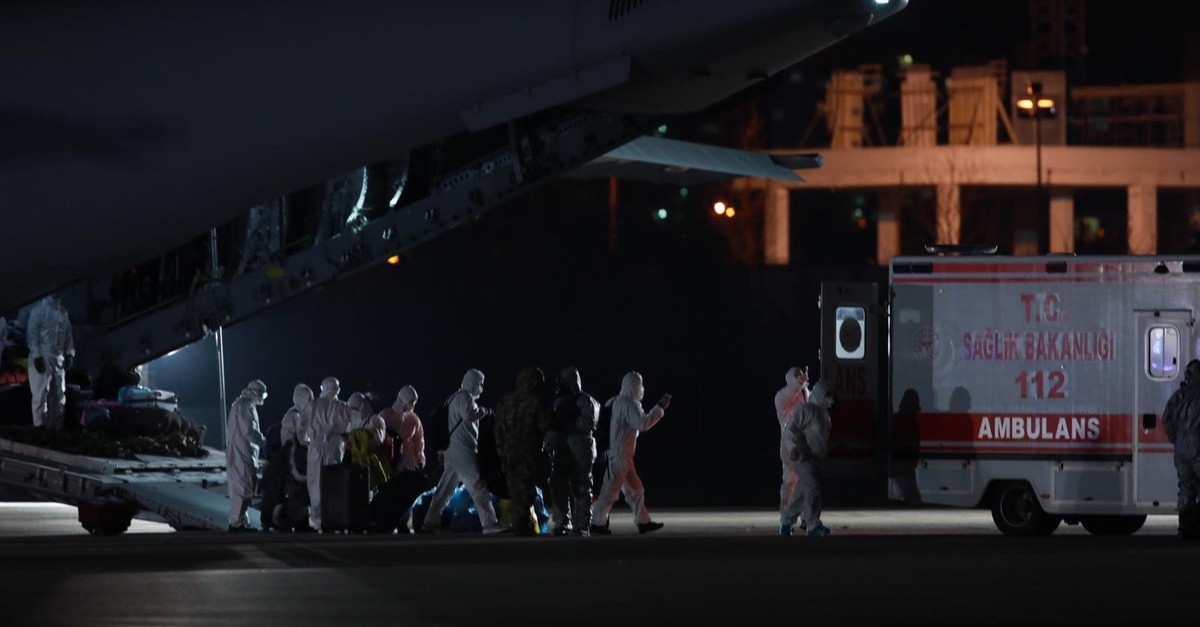 Nevzat Kuralay, who was among healthcare personnel assisting Turkish evacuees from coronavirus epicenter Wuhan, China, spoke to the media for the first time after his quarantine ended.

Kuralay said Turkey's evacuation of its residents from China was exemplary for the rest of the world as the death toll from the outbreak keeps rising almost on a daily basis.

He was aboard a military cargo plane, along with doctors and crew that left for China late January and brought back 42 people, including Turkish, Albanian, Georgian and Azerbaijani nationals, from Wuhan on Feb. 1.

"There was nobody but policemen at the airport when we arrived," he recalled his arrival in Wuhan. On his encounter with the evacuees, Kuralay says they were all "scared" as they had already been under a virtual quarantine for nine days in China and were running out of food.

"They were excited when they saw us and told us how lucky they were for being citizens of Turkey," Kuralay says. What followed next was a measurement of evacuees' body temperatures and a general check-up. When nothing suspicious was found, they were escorted to the plane after putting on protective suits. They were served two meals during the flight while doctors repeatedly checked their body temperatures. Kuralay says the evacuation was "a very professional affair."

He says evacuees also had "treatment fit for a five-star hotel" during their quarantine at the hospital in Ankara.

As many countries reported coronavirus cases, Turkey has so far been safe from the outbreak. Several suspected cases involving Chinese tourists or Turks visiting China all turned out to be false alarms.