Somali man caught posing as woman to go to UK 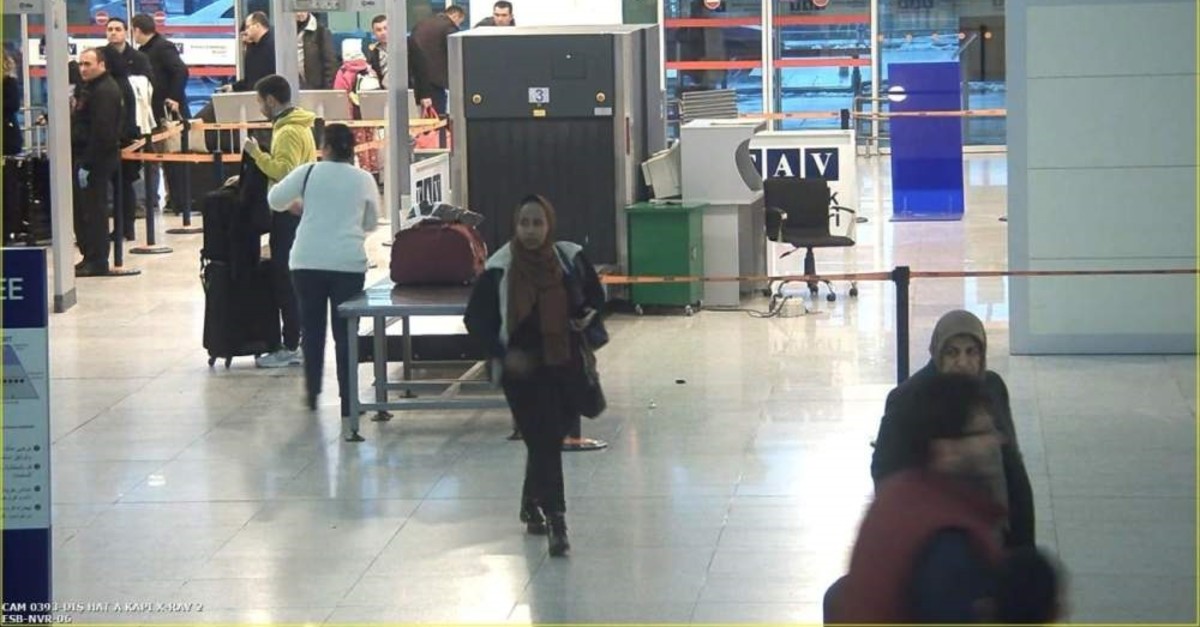 The Somali man, seen here in the security camera footage of the airport, was nabbed thanks to attentive police officers. (AA Photo)
by Daily Sabah with AA Feb 14, 2020 5:58 pm

Observant policemen and a trace of foundation on the earphones he was wearing meant the game was up for Ibrahim M.'s attempt to illegally go to the United Kingdom. The young Somalian man was at Esenboğa Airport in the Turkish capital of Ankara on Feb. 12, holding the travel documents and residence permit of one Khadija H. when he approached passport inspectors to board his flight to London. He had everything ready: a long skirt, a fur coat, a tight headscarf and full make-up.

The suspect indeed resembled the woman photoed on the documents, yet police grew suspicious about the copious amounts of freshly applied makeup. Police officers then checked security camera footage to discover that a woman had arrived to hand travel documents over to the suspect. Police instructed the suspect to remove her headscarf and clear her makeup while they ran a background check.

Lo and behold, the traveler was in fact a man named Ibrahim M., a Somalian national who came to Turkey in September 2019.

Khadija H., who turned out to be his girlfriend, was apprehended as she tried to flee the airport. Both are currently being held in custody.