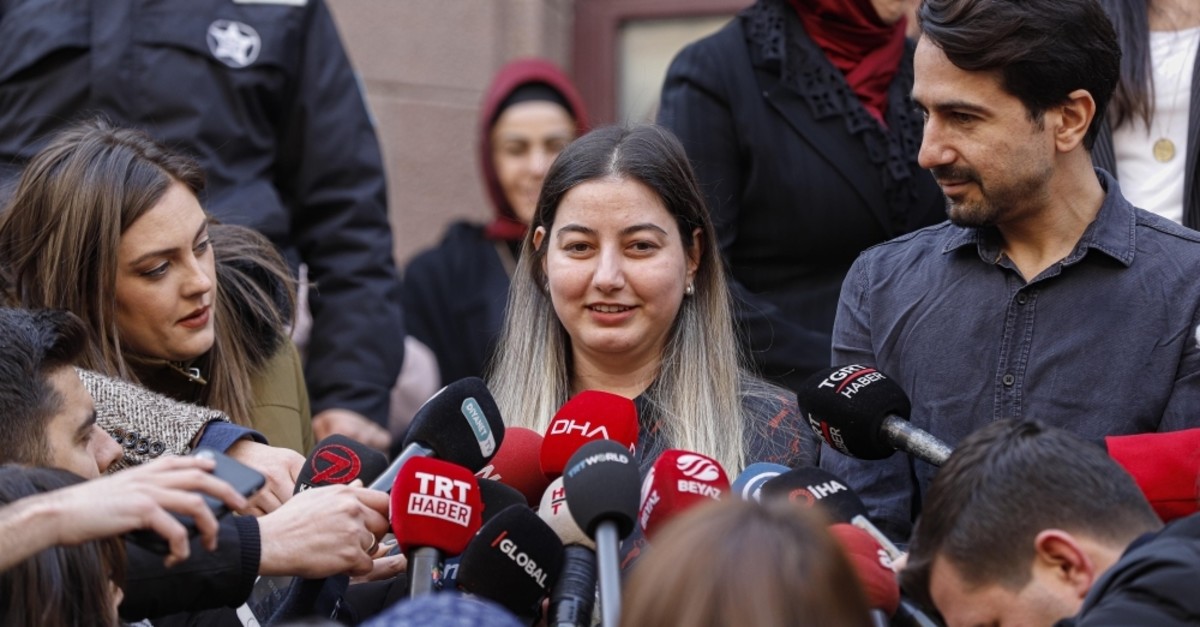 As countries scramble to contain the threat from the coronavirus outbreak, Turkey announced Friday that a new locally made detection kit that offers faster results would be exported.

Health Minister Fahrettin Koca, speaking to reporters in the capital Ankara on Friday, said the kit was developed based on data provided by the World Health Organization (WHO) and that Kyrgyzstan had already placed an order for 10,000. Uzbekistan has also placed orders, the minister said, with "four other countries wanting the kit."

The kit detects the virus faster than its counterparts, Koca said. "We used other kits that give results within a period that can extend from four hours to 24 hours. This kit gives results between 90 minutes and 120 minutes. We are currently working on further decreasing this period," he said. The minister noted that a locally made kit was important for the comfort of the patient and faster treatment. "It helps not to keep patients waiting too long and initiate proper treatment as soon as possible," he noted.

The kit was introduced in Turkey last week and has an accuracy rate of 99.6%, according to the minister.

A 14-day quarantine for 42 people who were evacuated by Turkey from Wuhan, the coronavirus' epicenter in China, also ended Friday. Evacuees – including six Azerbaijani, three Georgian and one Albanian national – left the Zekai Tahir Burak Hospital in Ankara. The disused hospital was allocated for evacuees who were airlifted from China earlier this month. Koca noted that Turkey was the only country to carry out such a comprehensive operation and a proper quarantine. "We devoted a hospital solely for the quarantine, used a special plane converted into an air ambulance for the evacuation and dispatched health care personnel to ensure the health of evacuees," Koca noted. He said the hospital would remain empty after the end of the quarantine and would be exclusively used for possible future cases requiring quarantine.

On other measures against the coronavirus, Koca said Turkey was well prepared to handle any outbreak, reminding reporters that thermal screening at airports had been implemented long before the WHO advised countries to introduce measures. He said they had also distributed leaflets to raise awareness of the outbreak and deployed health care personnel at ports.

He noted hospitals were also equipped with quarantine rooms and Turkey has the capacity of setting up a 50-bed field hospital in one day.

Burcu Öner, Serkan Atamer and Meltem Soylu, three Turkish nationals who were under quarantine, spoke to reporters after they left the hospital and recounted their time cut off from the outside world. Öner, a 34-year-old English teacher who arrived from Wuhan, said she was happy to leave the hospital but sad to leave friends. "We had wonderful days here. We didn't expect to be cared for so well. Officials made little surprises for us like a birthday celebration for one of the evacuees. I thank our state and Health Ministry," she said. Another surprise for Öner was to stay in the room where her mother stayed before giving birth to her. "I phoned my mother while in quarantine and asked her which room she was in. She said it was Room No. 307, the room I stayed," she said.

Serkan Atamer, who lived in a town near Wuhan, said the Turkish state had supported them throughout the process. "Our consulate in Beijing helped us. I wasn't able to leave my home for a long time because of the outbreak. The consulate sent a car to bring me from home and take me to the airport," he said. Atamer hailed the quarantine process and said he particularly liked the hospital food. He said he'd return to his hometown Erzincan. Asked if he'll return to China, he said, "I know my family will read this, but I think I'll be going back once the danger is over." Atamer recalled his days in China "in isolation." "People would rarely go out though we were relatively far from Wuhan. We had limited food and tried to survive," he said.

Meltem Soylu, a PhD student in Wuhan, said the virtual quarantine in Wuhan was "unexpected" for her. "I knew there was an outbreak but did not expect it would be as big as it is. Suddenly, authorities decided to impose quarantine and we couldn't find any means of transportation to leave. We were stranded. The Turkish embassy sent cars and brought us to the airport. I am grateful," she said. Soylu also plans to return China once the outbreak is over.

Along with countering the outbreak, Turkey has also extended a helping hand to China in the fight against the virus.

The Turkish Assembly of Exporters (TİM) has donated about 200,000 pieces of equipment, from face masks to protective gloves, to China. TİM Chairman İsmail Gülle said China faced a tough task to get the outbreak under control. "We wanted to show them the charitable nature of the Turkish people in the fight against the coronavirus. It is important to prevent this from being a global threat, and fast, efficient steps are needed to contain it," he said.

The coronavirus outbreak in China has led to a boom in demand for face masks. Turkish mask manufacturers say they have received a sudden demand for nearly 200 million masks, a huge number compared to Turkey's yearly production of around 150 million. Demand has increased over the past 10 days as the death toll from the virus climbed. China itself is one of the world's largest mask manufacturers, but the outbreak has put pressure on local manufacturers and forced the country to turn to exports.