1,770-plus illegal migrants held across Turkey in past week 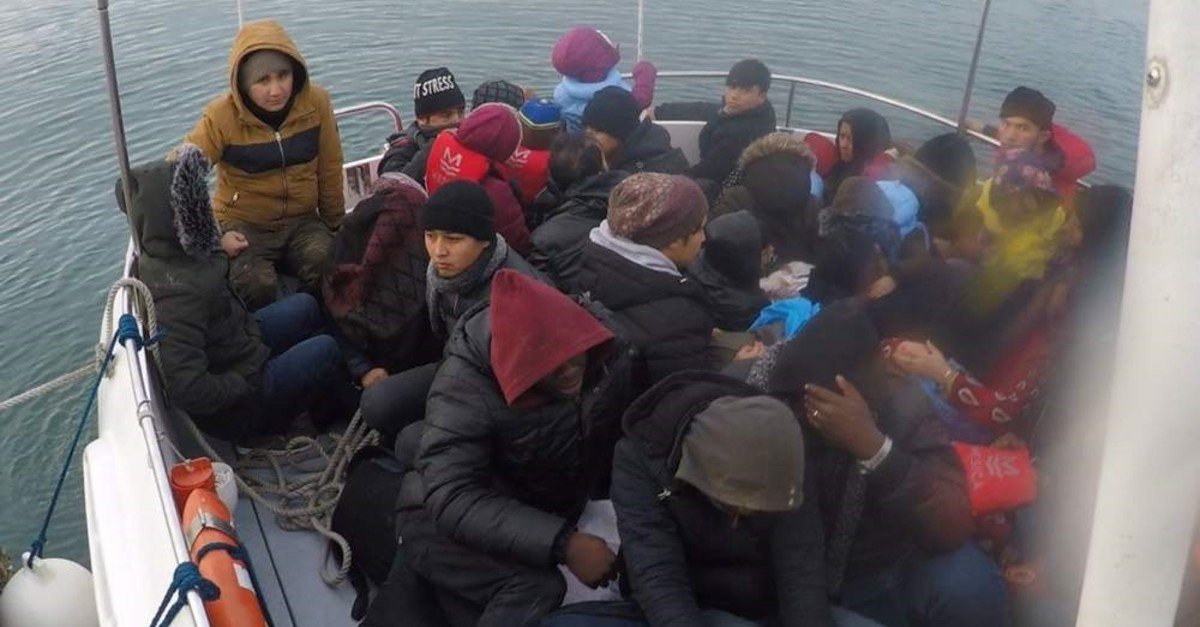 Turkish forces held 1,773 illegal migrants across the country in the past week, according to data compiled by Anadolu Agency (AA).

Turkey has been the main route for illegal migrants trying to cross to Europe especially since 2011 when the Syrian civil war started. Turkey's northwestern province of Edirne, neighboring Greece and Bulgaria, remains the key route for migrants trying to enter Europe illegally. This week alone, 700 people were held by security forces in Edirne.

In the western Balıkesir and Çanakkale provinces, 563 migrants were rounded up while seeking to enter Europe via sea routes. Another 135 were held in Istanbul and 162 in the western Izmir and Aydın provinces off the Aegean coast.

Hundreds of thousands of illegal migrants attempt to cross to Europe every year fleeing economic difficulties and conflict in their home countries. Turkish security authorities stop most of them in line with agreements with their European counterparts.