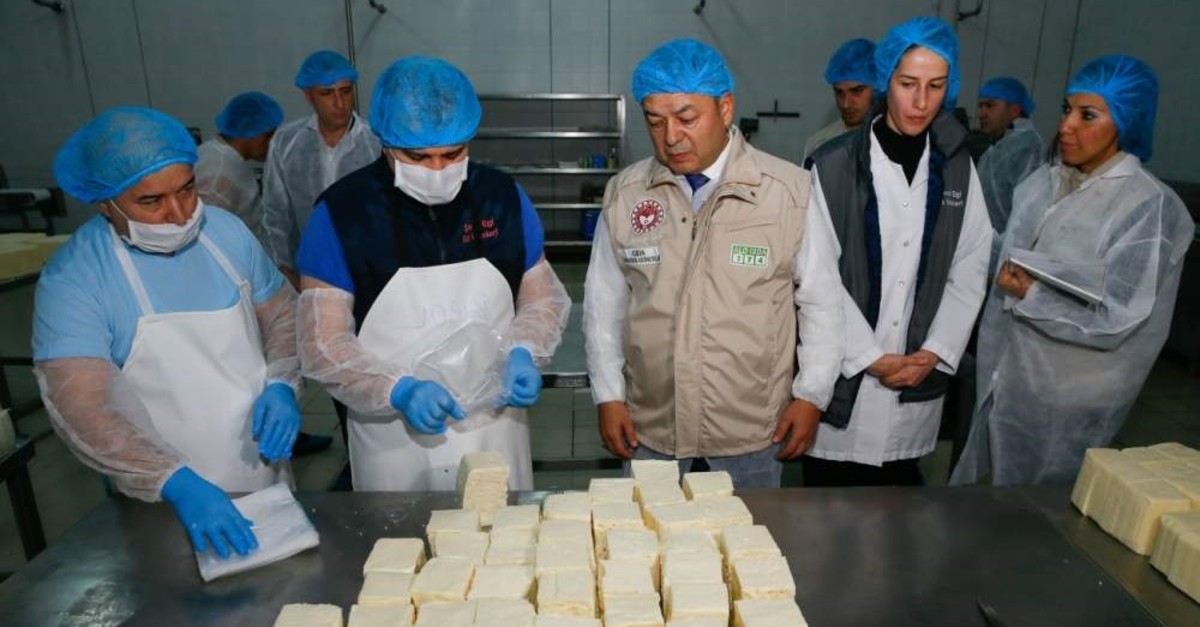 Thousands of employees of the Ministry of Agriculture and Forestry joined simultaneous inspections across the country Monday for food safety inspections. Some 7,000 workers will carry out unannounced inspections for six days in the fight against harmful alterations to food, an issue plaguing the sector.

Speaking before commencing the inspections, Minister Agriculture and Forestry Bekir Pakdemirli pledged not to let rest "those involved in food fraud." "The first stage of inspections is dairy producers and supplementary food producers. No fraud or alteration in food production will be tolerated," Pakdemirli told reporters in the capital Ankara. The minister also informed the public about 174, a hotline to report food crimes, and announced that they would soon launch a WhatsApp hotline to report complaints. He said they received more than 2.3 million complaints through the hotline and they have run more than 1.2 million inspections in one year.

Food safety is high on the agenda of the government despite all of the new measures it has taken. As public complaints mount over companies fined for violating the food safety code, some companies are resorting to changing their names and executives to continue operations. To deal with this, lawmakers are preparing a new, more efficient bill that includes prison sentences up to five years for people and businesses involved in the production, sale and import of food deemed dangerous to public health. The bill also calls for a mandatory recall of food violating safety from the markets and their destruction. If the same person or business repeats the violation within two years of the first violation, they will be banned from working in the food sector for a period of up to 10 years. The bill orders fines between TL 5,000 and TL 250,000 for businesses involved in the production of counterfeit food products or deliberately mislabeled food products, like pork packaged and sold as cow meat.