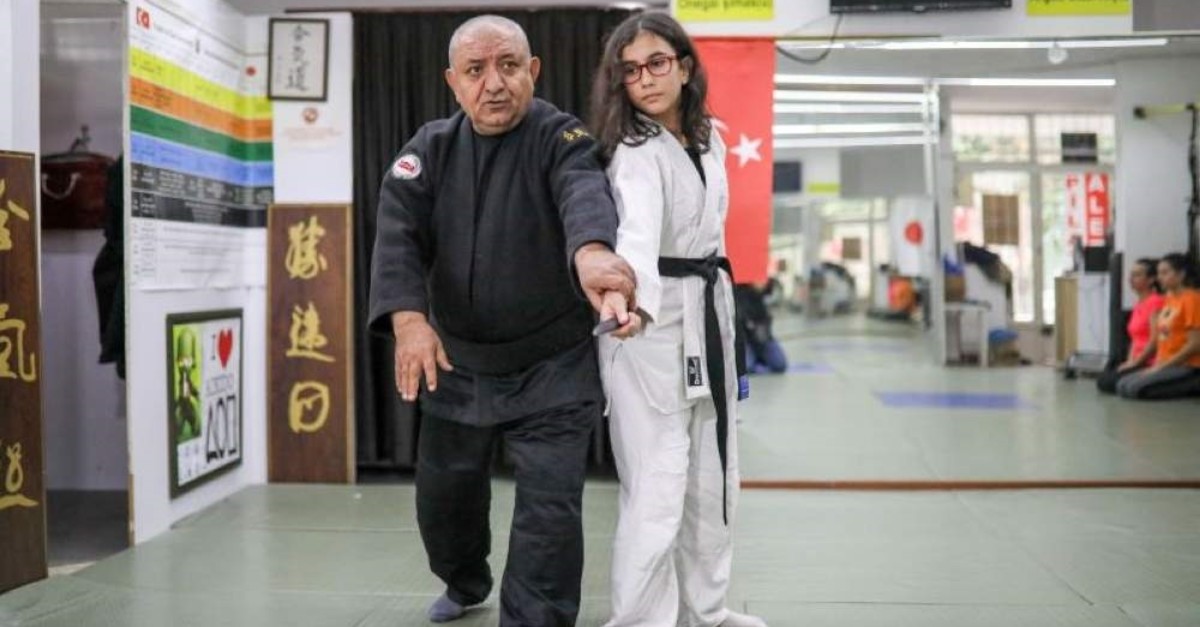 Emin Aydın, an instructor in the Japanese martial art Aikido in Turkey's southern Antalya province, gives free classes to women twice a week to teach them to self-defense techniques.

In a bid to fight violence against women Aydın, owner of the Aikido club in Antalya, decided to start free classes after 20-year-old university student Ceren Özdemir was murdered in the northeastern province of Ordu.

Aydın, the father of two daughters, said about 15 girls and women are attending his free classes every Saturday and Sunday.

"Ceren Özdemir's murder affected me a lot. For this reason, I decided to train women for free," Aydın said, adding that the number of people in the group keeps growing.

"I teach them how to protect themselves if they get attacked on the street. We also have defense training against knife attacks," he said.

Zeynep Çeliktaş age 51, started attending Aikido classes two months ago. She said she wanted to be an example for younger girls as she was also affected by the recent cases of violence against women.

"Aikido is not about attacking, but about self-defense," she said. "It lets us learn how to protect ourselves no matter how severe the violence is."

Özdemir was stabbed to death in front of her home in Ordu. A suspect was arrested by police, but his identity has not yet been revealed.

Figures by the Interior Ministry show 124,521 cases of domestic violence and violence against women in the first 10 months of 2019, a rate 19.1% lower than the previous year. According to the figures, there have been at least 299 murders of women this year so far – already up from 280, in 2018.