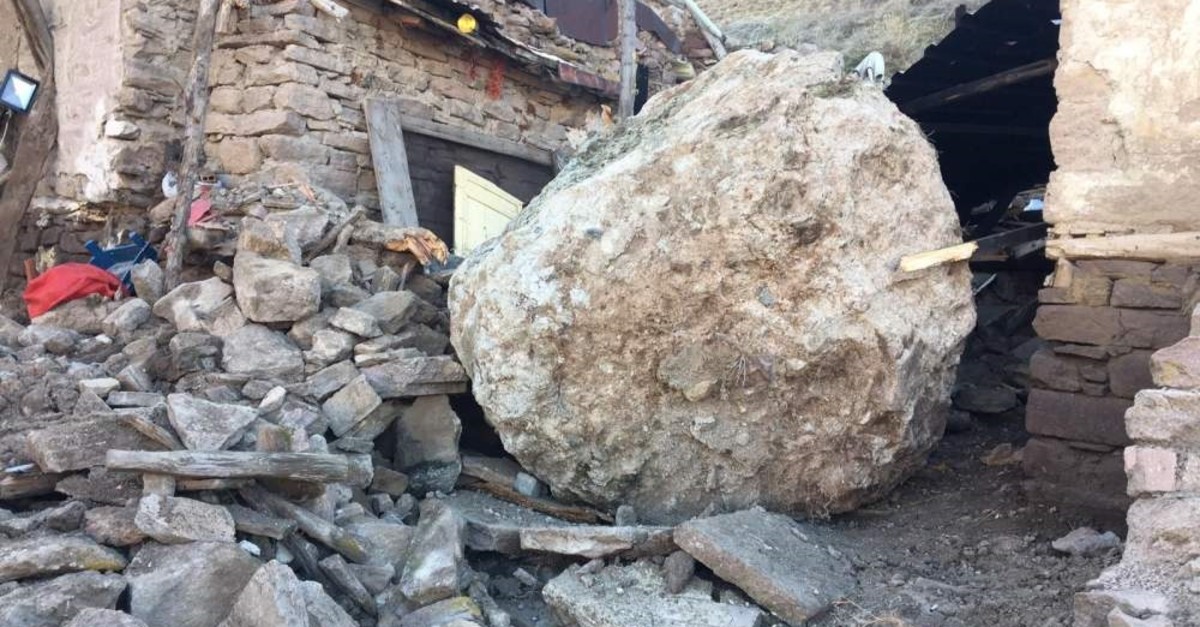 A family living in a cliffside house in central Konya had a brush with death after a massive boulder weighing 10 tons came crashing down on their home.

According to homeowner Mehmet Özek, the incident occurred around 8 p.m. on Tuesday when the family was preparing dinner in a building adjacent to their house.

"My daughter-in-law and two grandchildren were preparing dinner. After she heard a noise, she decided to grab the kids and run outside. That's when the boulder came crashing down. They barely escaped being crushed to death. I've been living in this house for 25 years and witnessed rocks falling every now and then, but nothing this big ever happened before," Özek said to reporters on Wednesday.

Authorities from the Disaster and Emergency Management Authority (AFAD) said the boulder was estimated to weigh around 10 tons.

The authorities asked Özek to evacuate the house while they carried out assessment work to determine if there was a risk of more falling rocks.