Locally made helicopters to be used to fight forest fires 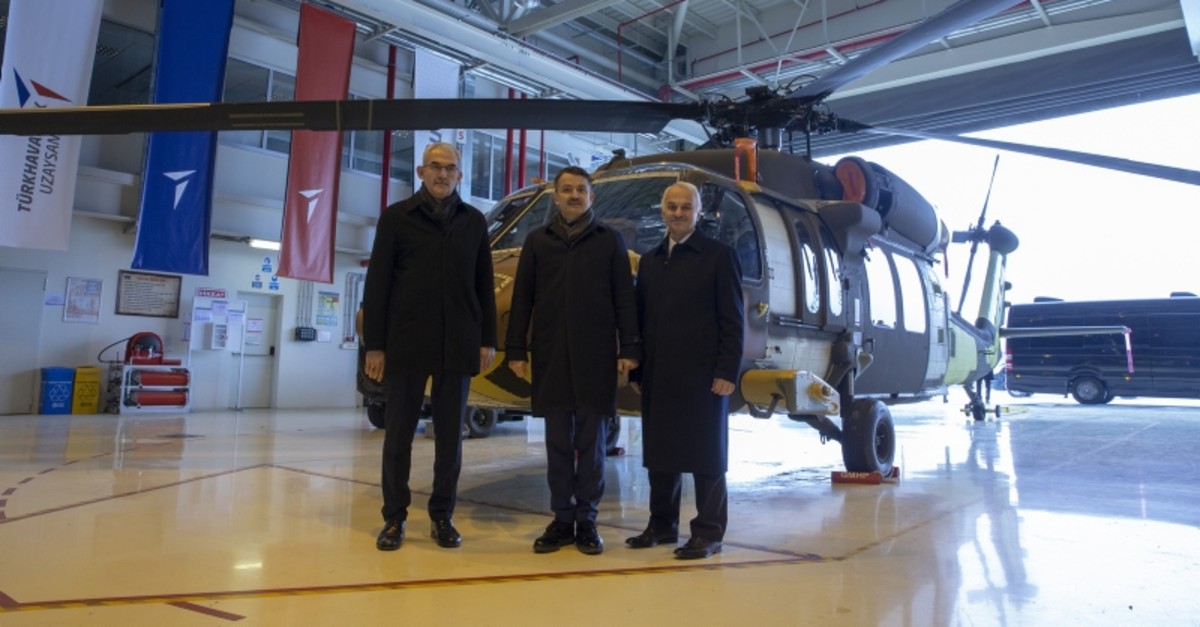 Turkey's domestically made T70 helicopters will be used to fight forest fires, Agriculture and Forestry Minister Bekir Pakdemirli said Wednesday. The three T70-type helicopters ordered by the ministry and produced by Turkish Aerospace Industries (TUSAŞ) will be delivered in 2021, the minister added.

According to the minister, the helicopters will be used to deploy firefighters or other equipment near fires in difficult terrains that ground vehicles would have a hard time reaching, while also performing night flights for early detection.

Explaining the advantages of aerial vehicles in spotting and fighting forest fires, Pakdemirli said the ministry made use of drones extensively to detect fires before they got out of control.

"We use drones to spot and pinpoint exact coordinates of forest fires to dispatch ground units. The secondary mission of the drones is to keep the ground units informed about the fire during extinguishing," the minister said, adding that the ministry would also switch to using domestically made ANKA drones.

Saying that the ministry was willing to try out all sorts of technological advancements, Pakdemirli added that there are 750 ranger towers across Turkey, all equipped with thermal cameras.

"We find ourselves fighting an increasing number of wildfires with the changing climate. Therefore, we need to try out all the new technology we can get our hands-on. We need to be open to them," he said.

The ministry has been on a mission to improve its aerial capabilities in firefighting after a series of wildfires devastated the Black Sea and Aegean regions. The ministry was criticized during the wildfires for not deploying any water bomber airplanes.

Pakdemirli defended the ministry's decision by saying the airplanes currently in the inventory were "outdated" and "leaking oil."

Reports that surfaced last month said the ministry was close to signing a deal with Russian Beriev Aircraft Company to acquire several Be-200 amphibious firefighting airplanes.