Coasts are clear thanks to Zero Waste Blue of Turkey 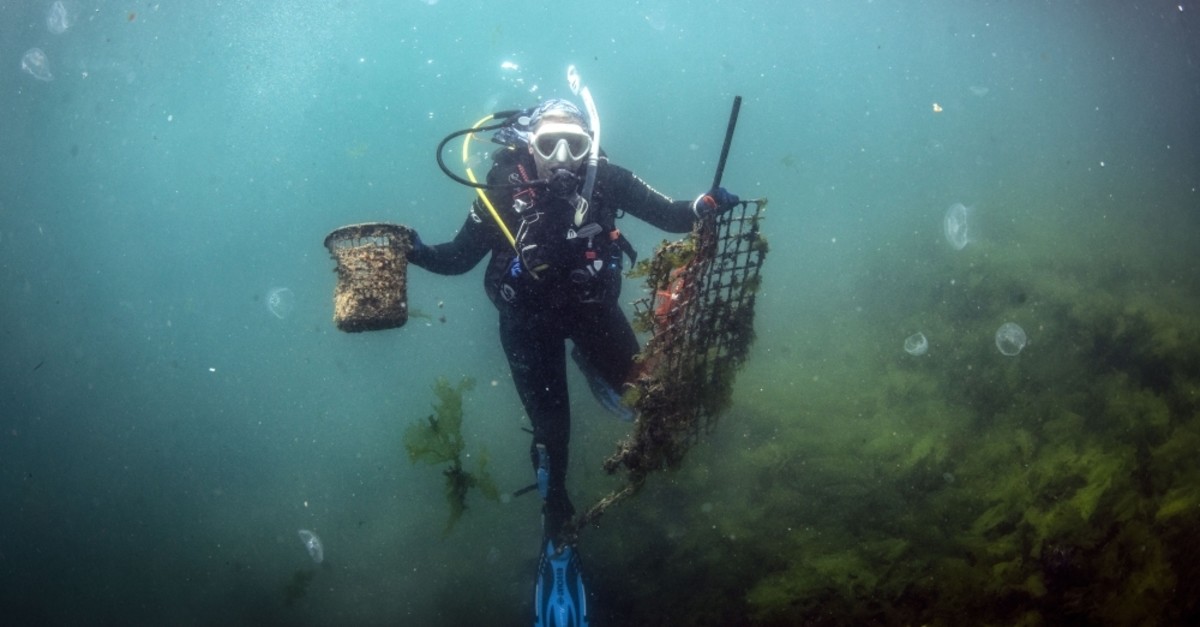 Zero Waste Blue, a project sponsored by the Ministry of Environment and Urban Planning and spearheaded by first lady Emine Erdoğan, has managed to collect 180,000 cubic meters of garbage from bodies of water and coasts since its launch last year.

Many volunteers and local crews came forward to contribute to a wider zero waste initiative that aims to reduce Turkey's waste and increase recycling. The figures compiled by Anadolu Agency (AA) show the plastic waste and cigarette butts made up the majority of the garbage found at sea, lakes, rivers and coasts during the cleaning efforts.

Erdoğan launched the project on June 10, 2019. It was accompanied by a mandate from the Environment and Urban Planning Ministry for the fight against maritime waste. The mandate aims to raise awareness about maritime pollution and the collection of pollutants. The ministry and nongovernmental organizations (NGOs) focused on cleaning efforts in areas with severe pollution while rolling out advertisement campaigns to mobilize the public to keep water bodies clean. More than 30,000 people were educated and trained on how to prevent and handle maritime pollution, while 760 companies declared their commitment to not dispose of waste in the seas. Associations of divers are also contributing to the Zero Waste Blue program by conducting public events to collect waste from the seas.

The highest amount of garbage was collected in Samsun, a Black Sea province where crews removed 58,000 cubic meters of maritime waste. It was followed by Istanbul and the Mediterranean province of Antalya.

Zero Waste Blue will continue its efforts this year. As part of an action plan, warnings will be placed everywhere near the sea, from piers and passenger ferries to beaches, hotels and schools, to highlight the issue. Students will be educated on preventing pollution, and nationwide cleaning campaigns will also be organized. The organizers of the project also plan to designate a Zero Waste Blue coast to create an example of a truly clean coastal area.

Some beaches will also be designated plastic-free while certificates will be awarded to hotels and ports successful in switching to zero waste practices. The project also seeks help from fishermen to keep the seas clean.

Turkey launched the ambitious Zero Waste project three years ago to introduce recycling to the masses and raise awareness about the increasing pollution. The country has saved tons of plastic and made its seas cleaner, with thousands of buildings, residencies and companies having implemented recycling into their waste disposal policies.

The program aims to promote the efficient use of the planet's finite resources, aiming to curb and even eliminate waste by separating it at the source for recycling. The Zero Waste policy was first launched at the Beştepe Presidential Complex and went into effect in various government ministries over the course of 2017, later spreading to the municipalities and a number of private companies and specific public institutions, including schools and hospitals. By the end of 2019, 25,000 public buildings had switched to the zero waste system. Aside from the environmental benefits, the project looks to save the country around TL 20 billion annually and create jobs for 100,000 people by 2023, according to projections.