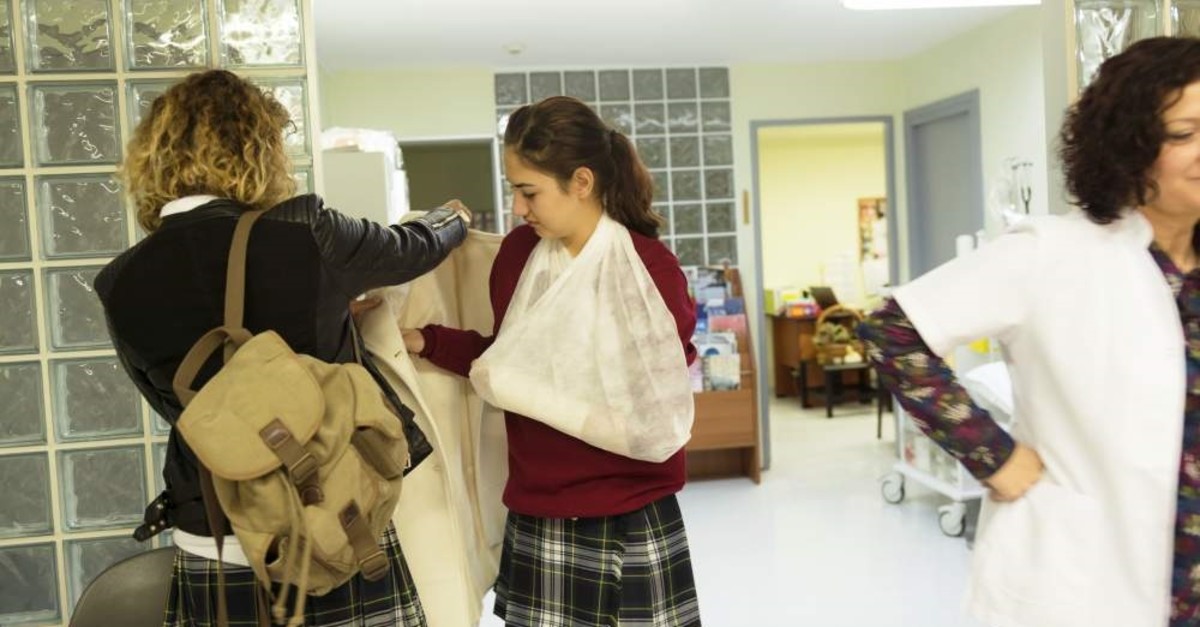 Education ministry urged parents and school administrations to be on the lookout for so-called "challenge" games spreading among youth, warning that the games could lead to emotional and physical trauma among students

The Education Ministry urged parents to watch out for a new trend of dangerous pranks which have become prevalent among youth, warning that if left unchecked, the so-called "games" could lead to grave injuries.

According to the ministry, the games are usually called "challenges" and became popular among youth via social media, where they are shared and watched by millions of impressionable teens.

One example of such a game is called "tripping jump challenge," also called "skull crusher challenge," which became viral on YouTube and TikTok.

The videos usually feature tricking someone into jumping into the air before friends on either side, kick the player's legs out, causing them to fall heavily on their back, while their peers burst into laughs.

Calling it peer bullying instead of individual acts of malice, the ministry sent a memo to all schools across the country to teach the dangers of the game to the students, instead of punishing them.

"Students showing an inclination to participate in such games should be watched closely, and the issue should be considered peer bullying instead of an individual act. Precautions should be taken under the guidelines of prevention of bullying, and relevant teacher, student and parents should be contacted about the dangers," the memo read.

Speaking to Anadolu Agency (AA) about the issue, Education Minister Ziya Selçuk said the ministry was working to raise awareness among parents over the dangers of such games.

Selçuk said the responsibility for preventing students from being harmed by such games lies on the school administrations and parents, adding that counseling departments at schools had been informed to tackle the situation before it spreads among a school's students.

"We have prepared training videos for all our staff at schools to notice these incidents before they spread. We won't let our children become victims of social media," he said.

The prank games are popular not only among Turkish youth but also among teenagers around the globe. In late January, a 13-year-old girl was seriously injured after she unknowingly participated in the "skull crusher challenge."

The middle school student in Lawrence, Massachusetts, was rushed to a hospital by paramedics as she reported numbness in her lower body due to a serious concussion after she was tripped by her friends.

According to an expert, there are currently 14 such prank games popular online.

"I don't want to give names to avoid further popularizing these games, but so far we have found 14 similar games," said professor Levent Eraslan, the head of a social media and cybersecurity and research organization.

"These challenges can lead to severe physical or emotional traumas among teens. While teens should avoid participating in such games, social media platforms should take steps to curb their spread as well," Eraslan said.

Saying that the games are especially popular among teens around puberty, Eraslan explained that the so-called challenges capitalized on the competitive nature of adolescents and the desire to be accepted by peers.

"The losers of such challenges can be subjected to humiliation online and may be ridiculed by their peers," he said.

According to Selçuk, the "skull crusher challenge" is just the latest example, as he explained that similar games have appeared in the past, and this game will soon be replaced by other dangerous games.

The minister's warning about similar games in the past undoubtedly refers to a much more sinister and a deadlier game called "Blue Whale Challenge," which has claimed dozens of lives across Turkey over the past years.

The Blue Whale Game, also known as the Blue Whale Challenge, consists of 50 horror missions such as watching a horror movie for a certain period of time, drawing whales on your arms and legs, scratching your arms and legs, listening to very loud music, seeing no one for a certain period of time, climbing high places, being sick and finally committing suicide.

These tasks are given to the player by an unknown "master," who checks in regularly whether the players are obeying the rules. This process of monitoring is carried out with webcams, according to recent reports in local and international media.

Experts say the game aims to make people feel alone, unhappy, insufficient, worthless and unneeded. More importantly, the administrators obtain the players' personal information with the online links they send, which can be used as blackmail in order to keep the person in the game.

A number of similar incidents of suicide, related to the game, have been reported around the world.

While the game has fallen into obscurity these days thanks to the efforts by authorities to curb its popularity and raise awareness among parents, the challenge still manages to claim a teenager's life every year or two.

After publication, TikTok contacted Daily Sabah and said content promoting these dangerous challenges would not be allowed on the platform.

"The safety and well-being of our users is a top priority at TikTok. As we make clear in our Community Guidelines, we do not allow content that encourages, promotes or glorifies dangerous challenges that might lead to injury. We will remove any such reported content," the statement said.