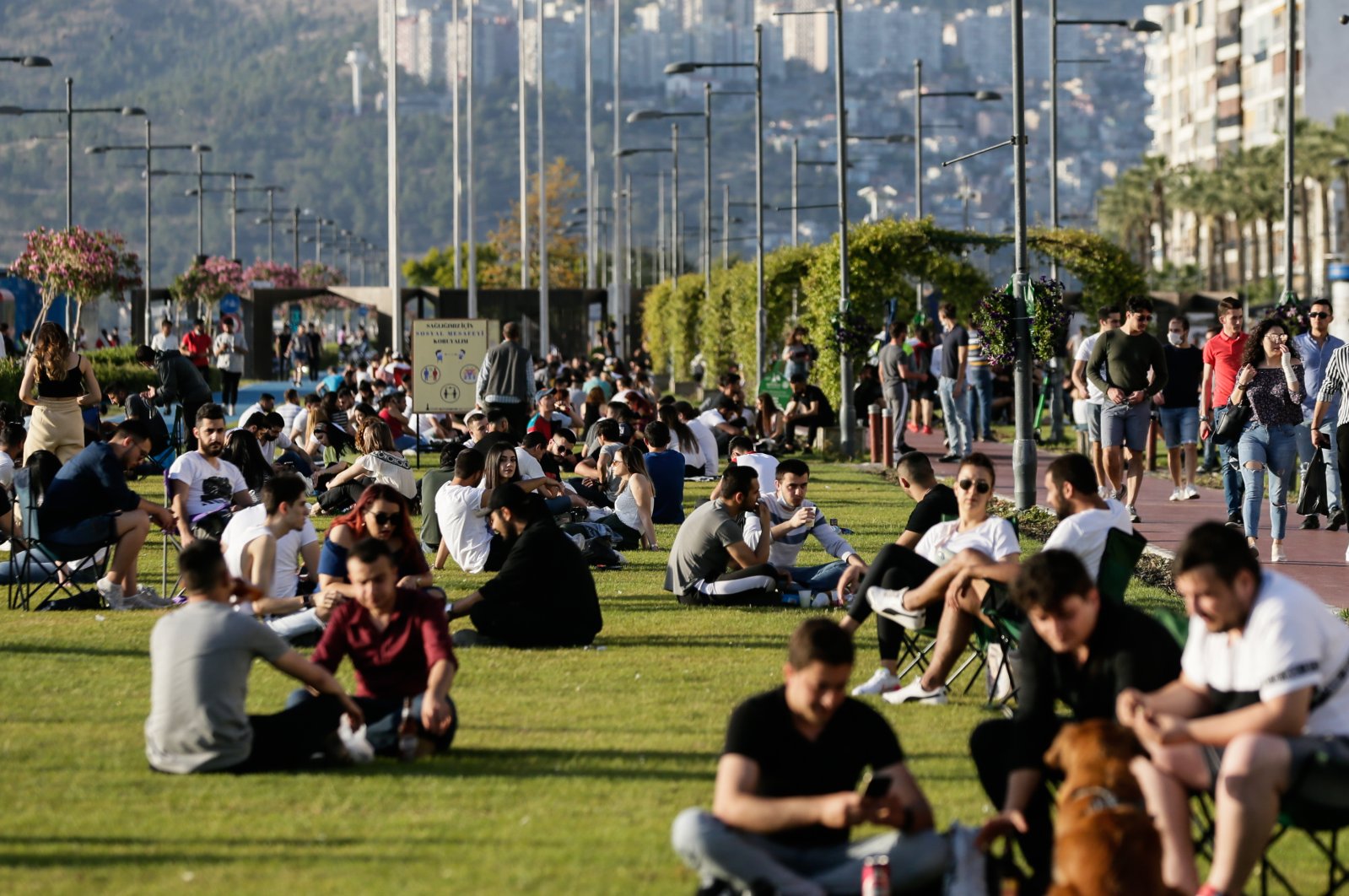 Two weeks after life returned to partial normalcy in Turkey, an increase of nearly 50% in daily new virus cases heightened fears of a new wave of infections

Health experts and authorities sounded alarm on Sunday about a potential second wave of COVID-19 infections in Turkey as the country’s number of daily cases jumped back to the highest in nearly a month.

According to Health Ministry data, Turkey on Saturday recorded its largest number of daily new coronavirus cases since May 16 with 1,459 new patients. While the death toll continued to decline with 14 new fatalities, the spike in new cases triggered a fresh set of warnings by the country’s health experts and authorities.

Turkey’s number of daily new cases has been on a downward trend since April 21, with the health ministry reporting less than 1,000 daily figures for much of the last month. But in the last two days, Ankara has reported a surge in new infections. From 987 cases on June 11 to 1,459 cases on June 13, a more than 50% increase was observed in two days.

"Yesterday’s daily numbers show that the outbreak still continues to pose a serious threat," Health Minister Fahrettin Koca said Sunday as he urged citizens to not get lax on following measures and precautions against contracting the virus.

The health minister has repeatedly warned that the normalization process would not mean citizens could go back to living as they did before the outbreak, not unless a vaccine or a drug for the virus was developed. Koca has been issuing repeated warnings to citizens to wear a mask and practice social distancing in what he called the "controlled social life" period.

"You can contract the virus if you touch your face with your hand after touching a surface with the virus on it. You will only be inviting the virus if you ignore social distancing and shake hands. Don’t," Koca tweeted Sunday, in his latest warning to the citizens.

But it seemed the minister’s warnings have fallen on deaf ears as media outlets and social media were awash with scenes of people mingling freely over the weekend, most of the time not wearing masks and not paying attention to social distancing rules.

In Istanbul’s famous Taksim Square, a crowd of nearly 50 people, mostly reported to be foreigners, were recorded as they partied, with many of them not wearing a mask and standing dangerously close to each other.

A similar scene was witnessed in the Aegean province of Izmir, where hundreds of people without masks sat next to each in the city's famous Kordon seafront area.

In an interview with Turkish broadcaster NTV, a member of Turkey’s Coronavirus Science Board said the sudden increase in daily cases was alarming.

"There has been a significant increase in new infections over the past two days. These figures are a warning for us to be more careful and more cautious. If this carelessness goes on, the improving outlook of the outbreak could revert to back to a crisis," professor Tevfik Özlü said.

Criticizing those who ignore the danger of the virus, Özlü said failure to follow the advisory could mean the restrictions could come back.

"The hard-earned progress we made against the outbreak can be undone if this goes on. Restrictions and bans can come back. The curfew can be imposed again," he said.

Explaining that an increase in new infections was undesired yet expected, he warned that the board's top priority is to stop any new surges before it reaches a critical point.

Özlü said while the rising number of new infections was worrying, it was not correct to assess the situation of the outbreak by focusing on daily cases alone.

"The number of new cases is an important gauge, but it’s not enough by itself to assess the situation. The ratio of positives in the total number of tests carried out is also another important figure. While that figure has increased as well, it’s still well below what it was during the height of the outbreak," he said.

Özlü also said the numbers of active cases and patients in critical condition were also declining. According to Health Ministry data, Turkey currently has around 26,000 active cases and those who recovered from the virus makeup 84% of all cases.

"If the increase in new cases goes on, we’ll see its effect on those figures as well. This is why I called it alarming. This is still at a manageable state," he said as he called on citizens to be more cautious.

Meanwhile, another expert on the Coronavirus Science Board said the sooner people accept facial masks as an inevitable fact of daily life, the better, as people will need to wear a mask until a vaccine or a drug is found, which would mean 2021 at the earliest.

"The outbreak did not come to an end, neither in Turkey nor in the world. Until it’s declared over, we need to adapt to a new reality. We need to remember the rules of our new life, which is putting on a mask, practicing social distancing and paying attention to hygiene," professor Levent Yamanel said.

"If we fail to follow the measures, we’ll see an inevitable increase in new infections. There needs to be a treatment available for us to forego precautions. While serious studies are being carried out for a drug or a vaccine both in Turkey and abroad, these studies normally take 12 to 18 months to conclude," Yamanel said.

"Therefore it’s safe to assume we will have to don our face masks until the end of this year."