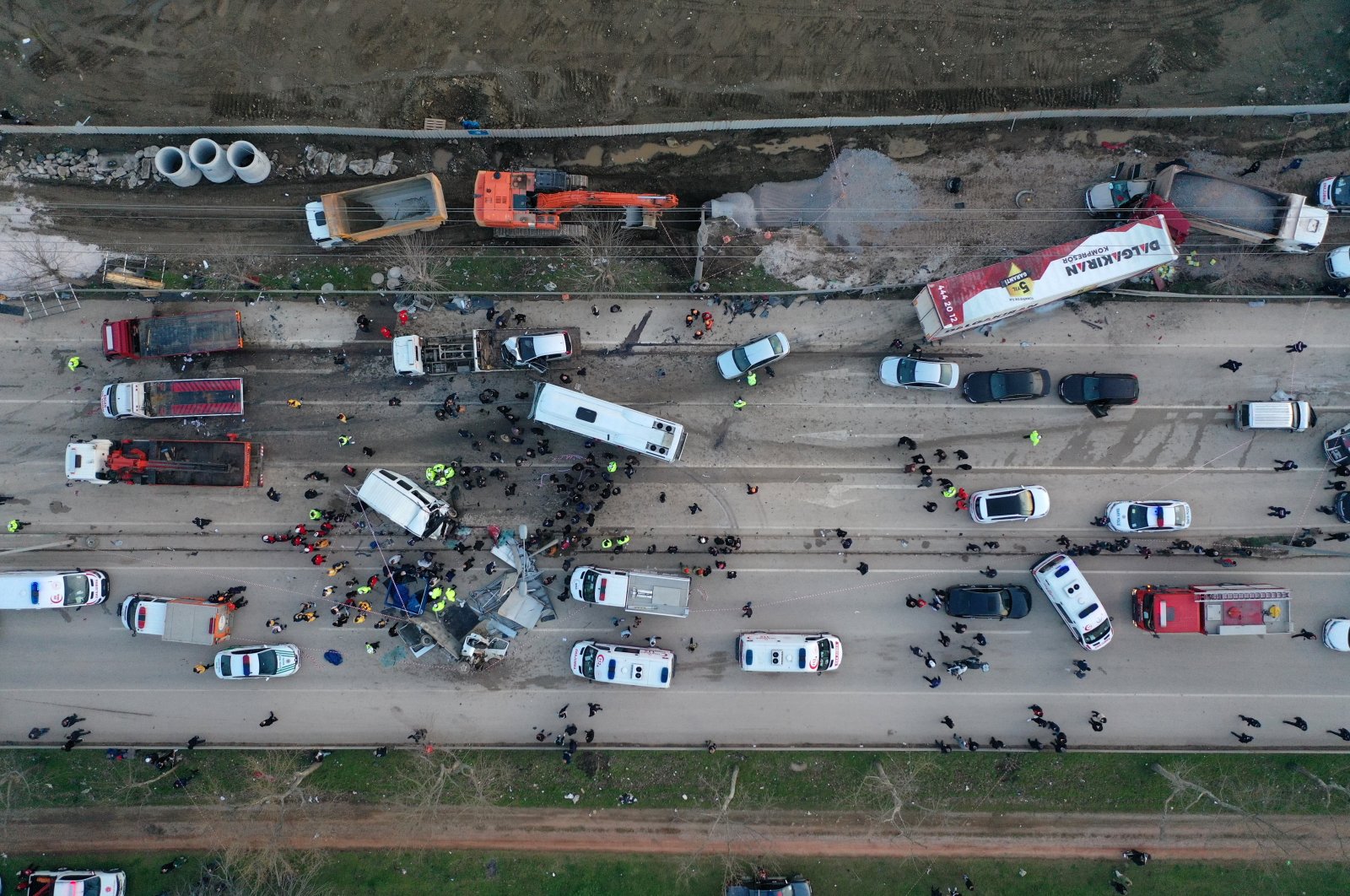 At least three people were killed and 21 others wounded in northwestern Turkey on Friday when a truck collided with numerous vehicles, officials said.

The fatal accident took place in the Kestel district of Bursa province when the truck crossed into the wrong lane.

The injured have been transferred to a hospital, he said, adding that nine people are in critical condition.