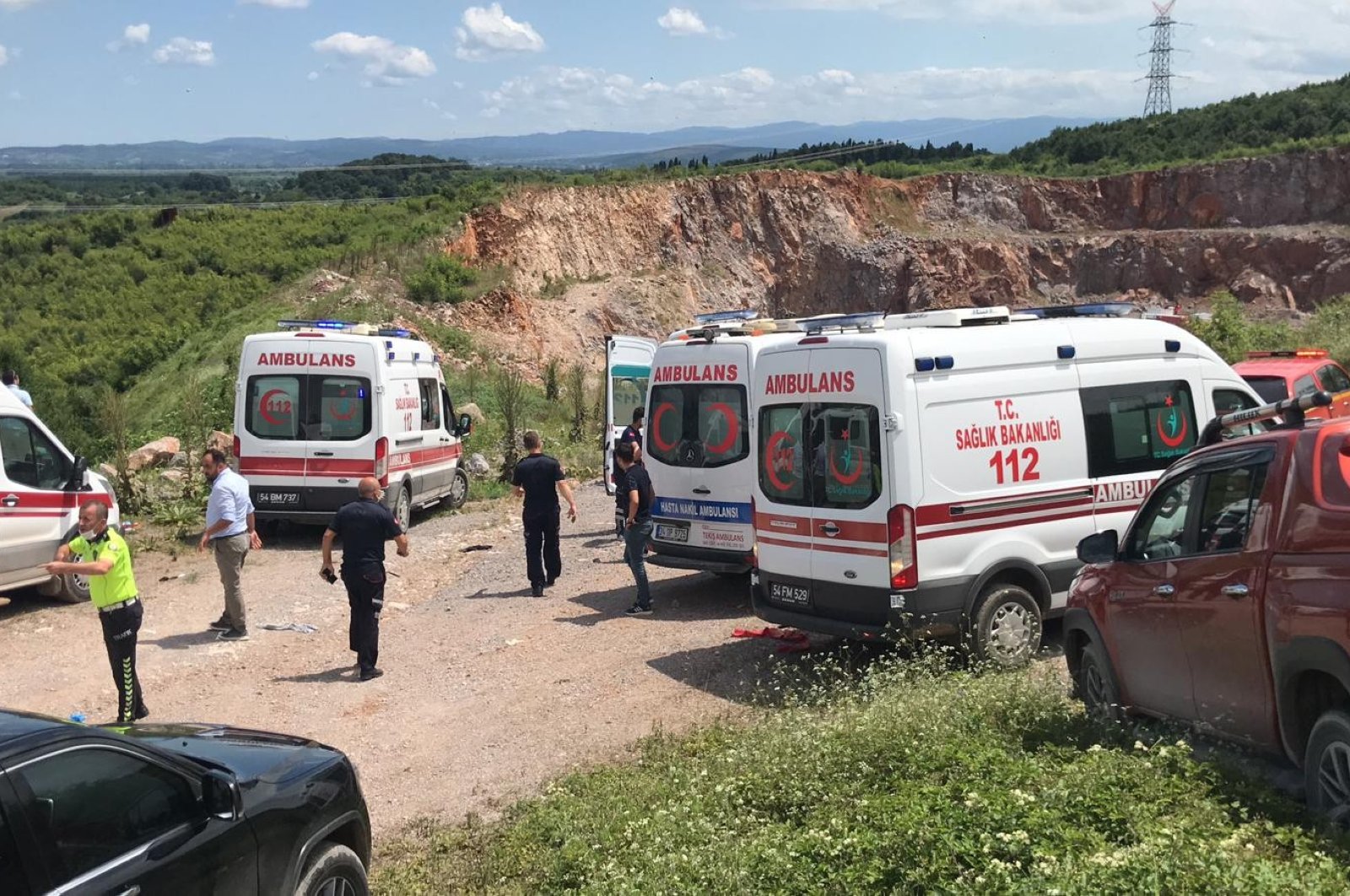 While still reeling from a deadly fireworks factory blast last Friday, the northwestern Turkish province of Sakarya was hit by another explosion Thursday.

The Interior Ministry said three soldiers were killed and six others were injured in the blast that occured in a truck in Taşkısığı, a rural region home to quarries, a military base and a construction site for a section of a new highway.

Media outlets reported that the explosion took place when soldiers were carrying unexploded fireworks recovered from last week's fireworks factory blast for demolition in a quarry. A statement by the ministry said gendarmerie troops were traveling in a truck carrying explosives retrieved from the fireworks factory for controlled demolition upon the instruction of the Chief Prosecutor's Office. "An explosion took place as the explosives were being unloaded, and two soldiers from defusing squad and another soldier were killed," the statement said.

Interior Minister Süleyman Soylu traveled to the area following the explosion. Soylu told reporters at the scene that soldiers were carrying the last batch of explosives scheduled for demolition. “After the fireworks factory explosion, we determined two locations for safe disposal of unexploded explosives from the factory. We had a disposal team who carried out the demolition of about 15 tons of explosives from the factory since last week. This was the last batch,” the minister said.

Some media outlets claimed that explosives from the burned-out factory were removed without proper cooling, but Soylu said correct procedures were applied at the scene and that disposal work was done in compliance with safety regulations.

“It happened right when the team was unloading the material from the truck. We will find out what exactly happened after a judicial and administrative inquiry,” he said.

Soylu said two disposal experts, one from Istanbul and one from Ankara, were among the fatalities, while the third victim was a gendarmerie soldier tasked with securing the perimeter of the demolition area. The truck driver was also severely injured, he said, adding that another 11 gendarmerie personnel were hurt as well. All survivors are being treated at hospitals.

Seven people were killed and 127 others were injured on July 3 when an explosion struck a fireworks factory, dubbed the biggest of its kind in Turkey, in the Hendek district of Sakarya. The explosion in the factory, built on 15 acres, was so powerful that it shattered windows of nearby buildings and was heard as far as 50 kilometers (31 miles) away. Crews are still at the scene of the blast searching for unexploded explosive materials. Following the explosion, five people including the factory’s owner were arrested, while another suspect was released pending judiciary control. An investigation is still underway over the cause of factory explosion but it is suspected that work safety negligence caused the explosion. Four separate explosions have hit the factory in the past decade.