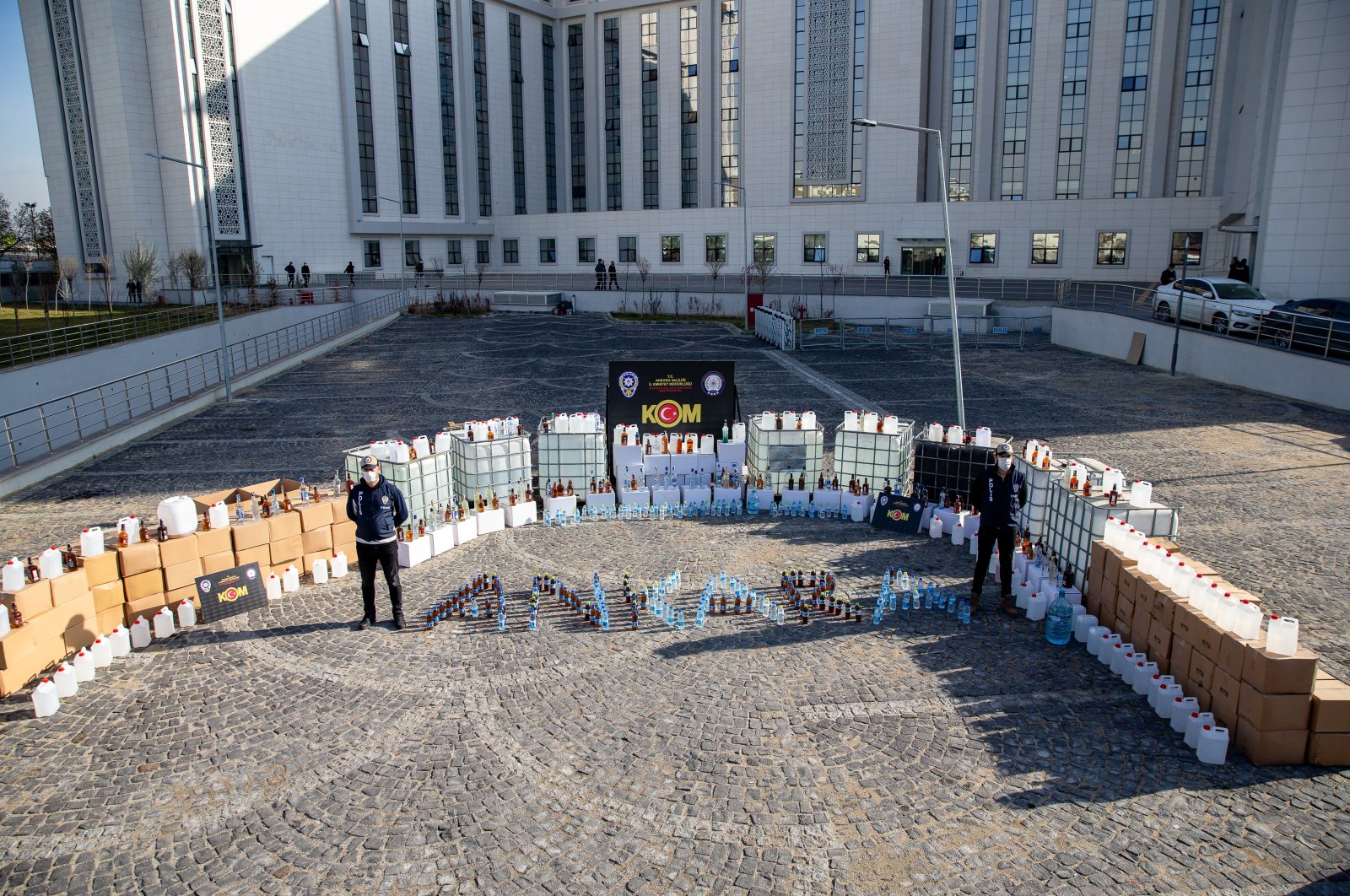 At least 36 suspects, including alleged ringleaders of criminal groups involved in selling bootleg liquor, were rounded up in simultaneous operations across the country, security sources said Friday.

Turkish law enforcement officers raided 31 locations in the capital Ankara, southeast Diyarbakır, western Bursa and central Kayseri provinces and arrested at least 27 of the suspects, according to these sources. Earlier on Friday, Turkish authorities issued arrest warrants for 32 suspects over producing bootleg alcohol. Ankara launched an operation in response to a tip-off on rising sales as the New Year festivities approach. The operations targeted suspected criminal groups accused of producing and marketing methyl alcohol, ethyl alcohol and counterfeit alcohol. In separate operations, at least seven suspects were arrested in the western Izmir province and two in the district of Lüleburgaz in the northwestern Kırklareli province on the same charges.

Also, 20,550 liters of ethyl alcohol, 252 bottles of fake alcoholic beverages, 776 products used in the making of bootleg alcohol, distillation tools and three unlicensed firearms were seized. In the operation in Lüleburgaz, 550 liters of bootleg alcohol were also seized. At least two suspects were arrested in the operation. In another two operations in Izmir, police teams seized 27,350 liters of ethyl alcohol in raids on warehouses of seven suspects who were also arrested. Operations are underway to arrest the remaining suspects.