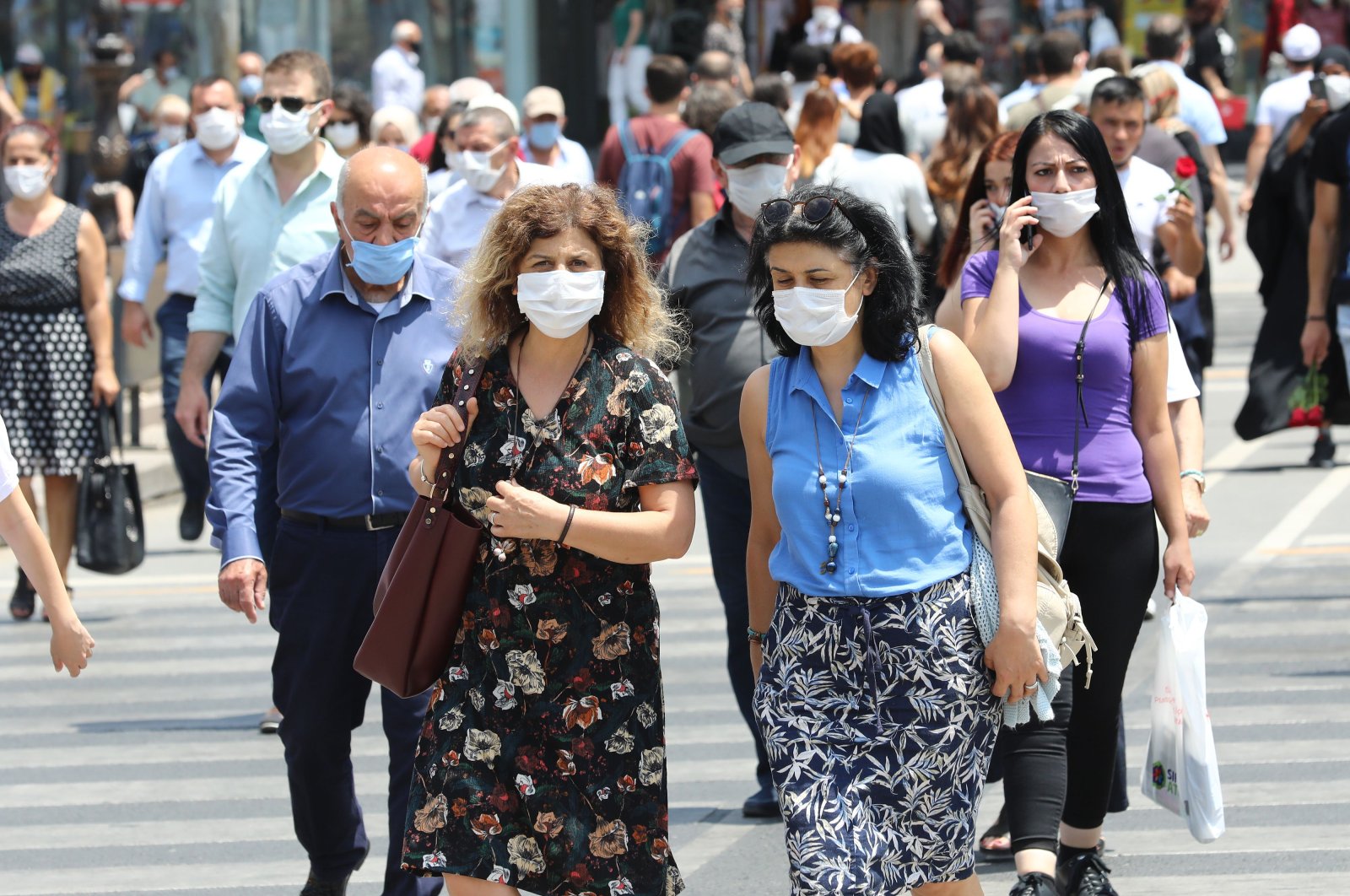 With daily recovery rates almost three times higher than new infections and active COVID-19 cases at 10%, Turkey’s fight against the coronavirus was declared exemplary by the WHO's regional director for Europe

Friday marked exactly four months since Turkey confirmed its first coronavirus case, and it has been a rocky road for millions living in the country.

Schools and restaurants were all closed. The streets were empty. Intercity travel was restricted and at one point, Turkey even ranked eighth in the world in COVID-19 cases. The mood across the country was all doom and gloom, despite reassurances from authorities that we had the capability to overcome the threat – which at the time seemed like a Herculean task.

However, the experts were right. There was indeed a light at the end of the tunnel. Around mid-April, coronavirus cases in Turkey entered a downward trajectory, while the number of patients who had recovered from COVID-19 continued to increase.

By June 1, the government introduced its largest rollback of coronavirus restrictions, allowing cafes, restaurants and many other businesses to reopen, though with numerous precautions in place. Ankara also ended the weekend curfews and travel restrictions on 15 provinces hit hard by the outbreak.

But authorities warned the easing of restrictions would come with serious responsibilities, as failure to follow precautions and acting as if life had returned to normal could cause a resurgence in the outbreak.

And they were right once again.

Since easing or completely removing most restrictions, Turkey subsequently witnessed a spike in daily new coronavirus cases, with the number of new cases increasing as much as twofold in a two-week period.

The surge worried many citizens trying to bring back some normalcy to their daily lives and quickly shifted the focus from the outbreak’s potential end to a possible second wave of infections.

A second wave scenario didn’t play out, however, as Turkey succeeded in stopping the surge in daily cases before things got out of control.

After recording its highest daily new infections in nearly three months on June 15, daily cases have been on a slight decline with minor spikes, with most days reporting at the lower end of a thousand.

According to the health minister, Turkey’s total number of coronavirus cases stood at 209,962 as of Thursday, with 190,390 of those declared recovered from COVID-19.

The Health Ministry’s figures showed that less than 10% of the cases remained active thanks to the country’s expansive health care system and Ankara’s decision to offer free COVID-19 treatment.

WHO office in Istanbul

Shortly after announcing the country’s daily coronavirus figures, Koca attended a joint press conference with Hans Kluge, the regional director of the World Health Organization (WHO) for Europe, where the two announced an agreement to launch a WHO office in Istanbul.

Speaking in the capital Ankara, Koca said the new office would work to guide the battle against the COVID-19 pandemic and that it would help the WHO take a more “proactive” stance in future emergencies.

“The office in Istanbul, which will operate toward mitigating risks, managing crises and helping humanitarian causes will make our country an international hub,” Koca said.

For his part, Kluge said the aim of the WHO office would be to provide effective responses to any health problems that would occur in Turkey and Europe

“Turkey is an example all countries should follow in the fight against COVID-19. We are committed to continuing to work together, as we have done for the last 60 years,” Kluge said.

The director said his visit to Ankara was his first mission abroad since February and praised Turkey for its health care infrastructure, increased testing capacity, contact tracing and the production of protective equipment and ventilators to combat the pandemic and lower death rates.

Highlighting striking differences between Europe and Turkey’s approach to the coronavirus, Kluge said Ankara took quick and determined action against the outbreak.

“I have told the European Union it is suitable to open borders with Turkey. I have never seen any European country adhere to WHO guidelines better than Turkey when it comes to the use of masks, social distancing and hygiene. Such discipline is exemplary,” he added.

Kluge also said Turkey was successful in protecting the elderly and called the higher death rate of senior citizens in Europe a “catastrophe.” Ankara imposed a full lockdown for people above 65 for several weeks and relaxed the measures in June, for some outdoor hours.

“Turkey has seen a spike in cases, but these are now decreasing once again. Social distancing and contact tracing are the way to go,” Kluge said, adding that, “No one is safe until everyone is safe.”