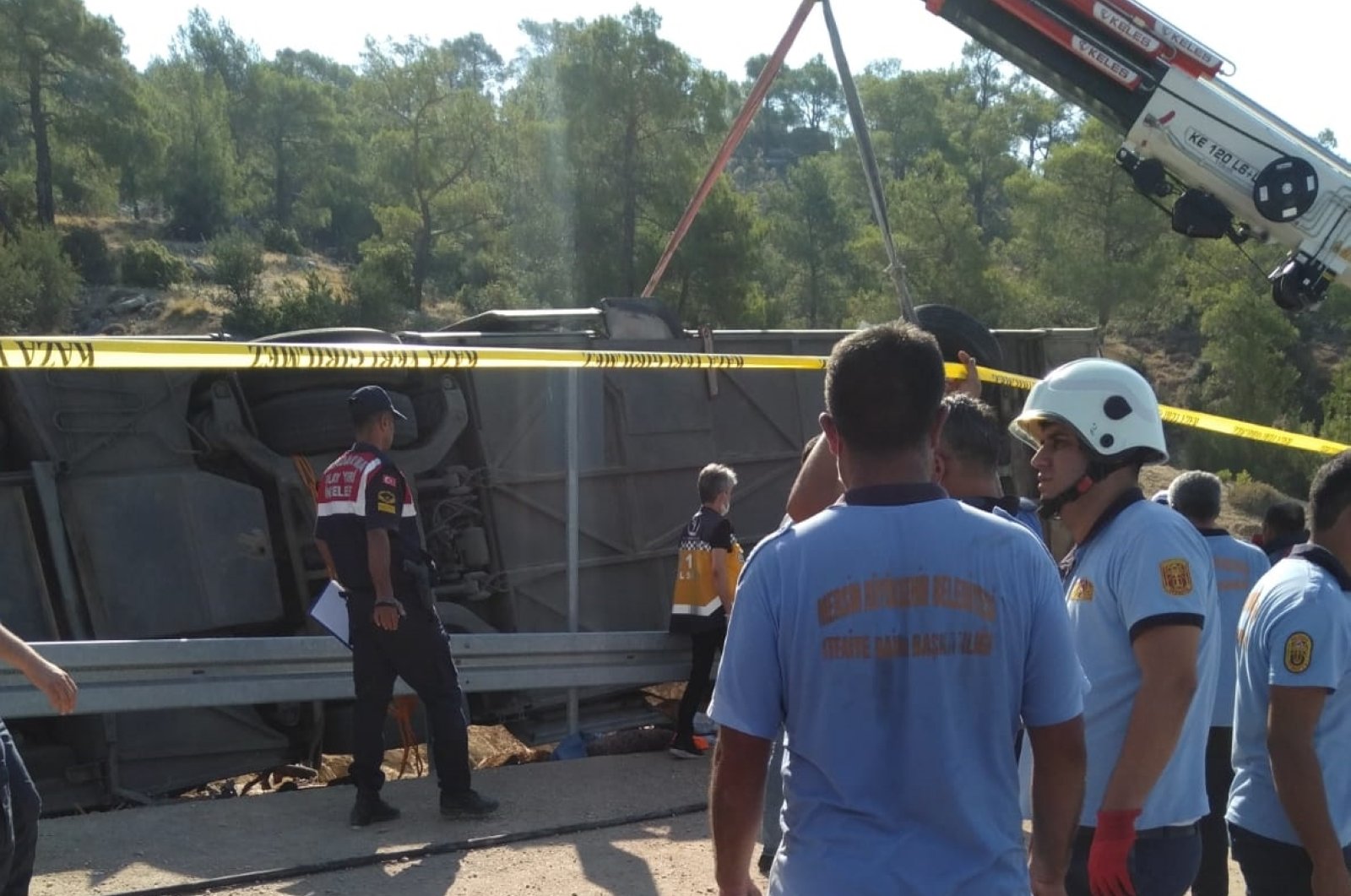 Four Turkish soldiers and two drivers transporting them in turns died on Monday after their bus rolled over in the southern province of Mersin.

Twenty-seven soldiers were also seriously injured in the accident and taken to the hospital.

Soldiers were traveling from Alaşehir district of Manisa in western Turkey to Taşucu, a port in Mersin where they would board a ship to the Turkish Republic of Northern Cyprus to join a Turkish military unit there.

Minister of National Defense Hulusi Akar, accompanied by Land Forces Commander General Ümit Dündar, visited the scene and the injured soldiers. Akar told reporters that the initial findings showed the accident stemmed from a failed brake. Soldiers left their military unit on Sunday night, Akar said. He said an investigation into the accident was underway. “What we know is that the driver warned soldiers about a brake problem before the accident and urged them to hold tight. We found out that the driver tried to avoid the cliff on the roadside but faced an oncoming vehicle as he tried to steer away. Then, he had to roll the vehicle down the roadside to avoid a collision,” he said.