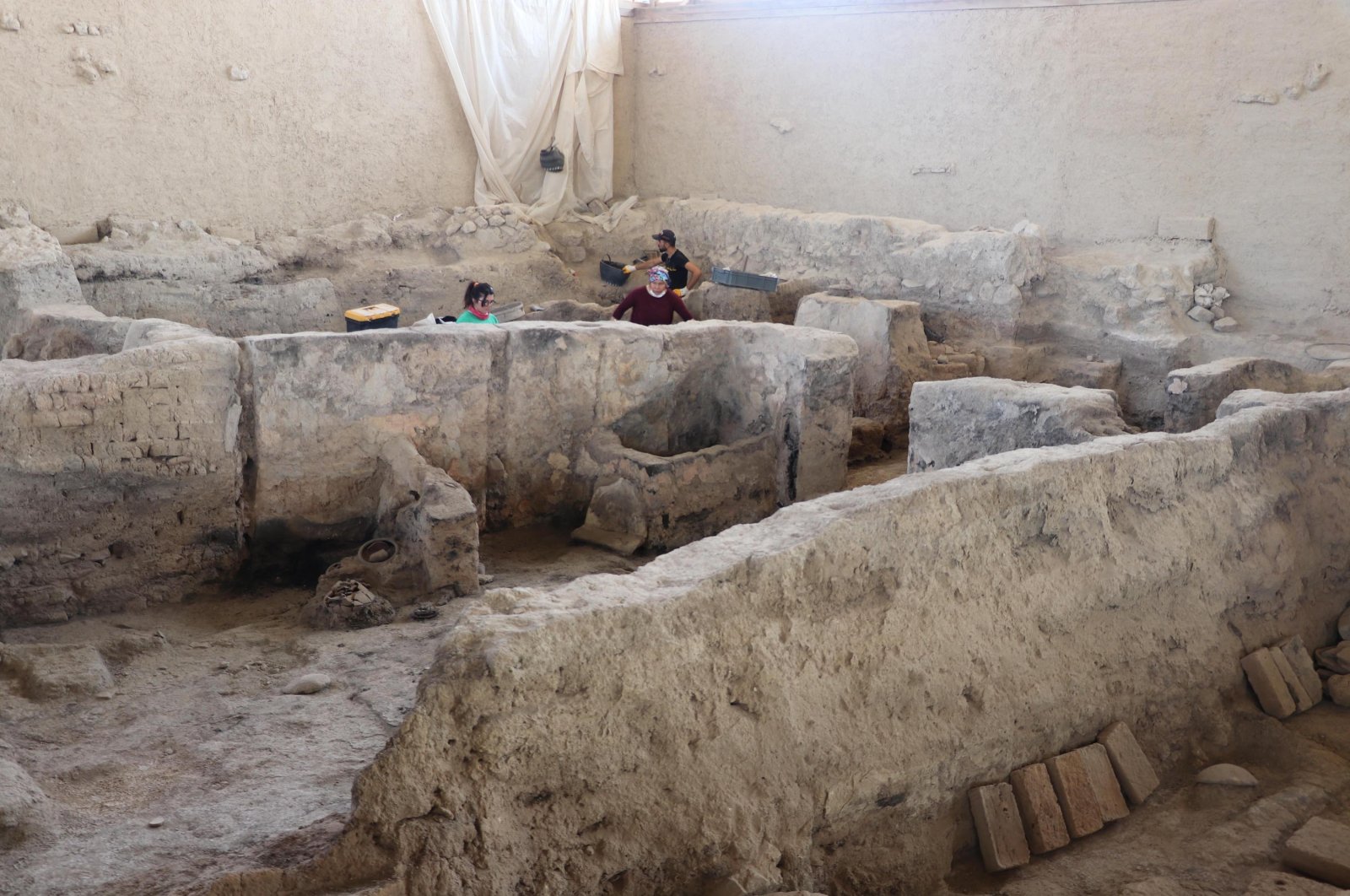 Turkish archaeologists have unearthed parts of a loom, tools for creating textiles and accessories dating back four millennia in western Turkey.

"Last year we made some exciting findings related to early textile production. During this year’s excavations, the remaining parts of the house were unearthed,” Eşref Abay, head of the excavation team, said.

The team will continue with excavations and restoration work at the Beycesultan Mound in the western Denizli province.

"As part of our efforts, we discovered a mill dating back 4,000 years. There are also parts of a handloom,” Abay said. He said that Beycesultan is thought to have been built in 5000 B.C., and they have found 40 consecutive cultural layers from the Late Bronze Age.

Over the last 12 years, excavations of one of the largest settlements in western Anatolia have unearthed enlightening information on the textile history of the region.

Abay recalled that previously they found loom parts and textile materials estimated to be 3,600 years old in the region.

"We found a structure here dating back to 1700 B.C. We think that it belonged to a wealthy family due to its size and rich equipment."

"Findings that are thought to have been imported from the surrounding regions were found inside this house, which has very large storage rooms,” he said, adding that a 45-square-meter (484-square-foot) central room used as a workshop, as well as five other rooms used for different purposes were also discovered at the site.

He pointed out that thousands of loom weights used in textile production, seashells used in decoration and burnt textile pieces have been discovered to date. He said that the building was once engulfed in a giant blaze, but some parts survived it.

Abay added that excavations would continue on other houses identified in the layer.

He said these discoveries proved that Beycesultan was a major textile producer, and this extended the history of textiles in Denizli to a wider period of time.