48 hours: Turkey braces for better or worse in virus outbreak 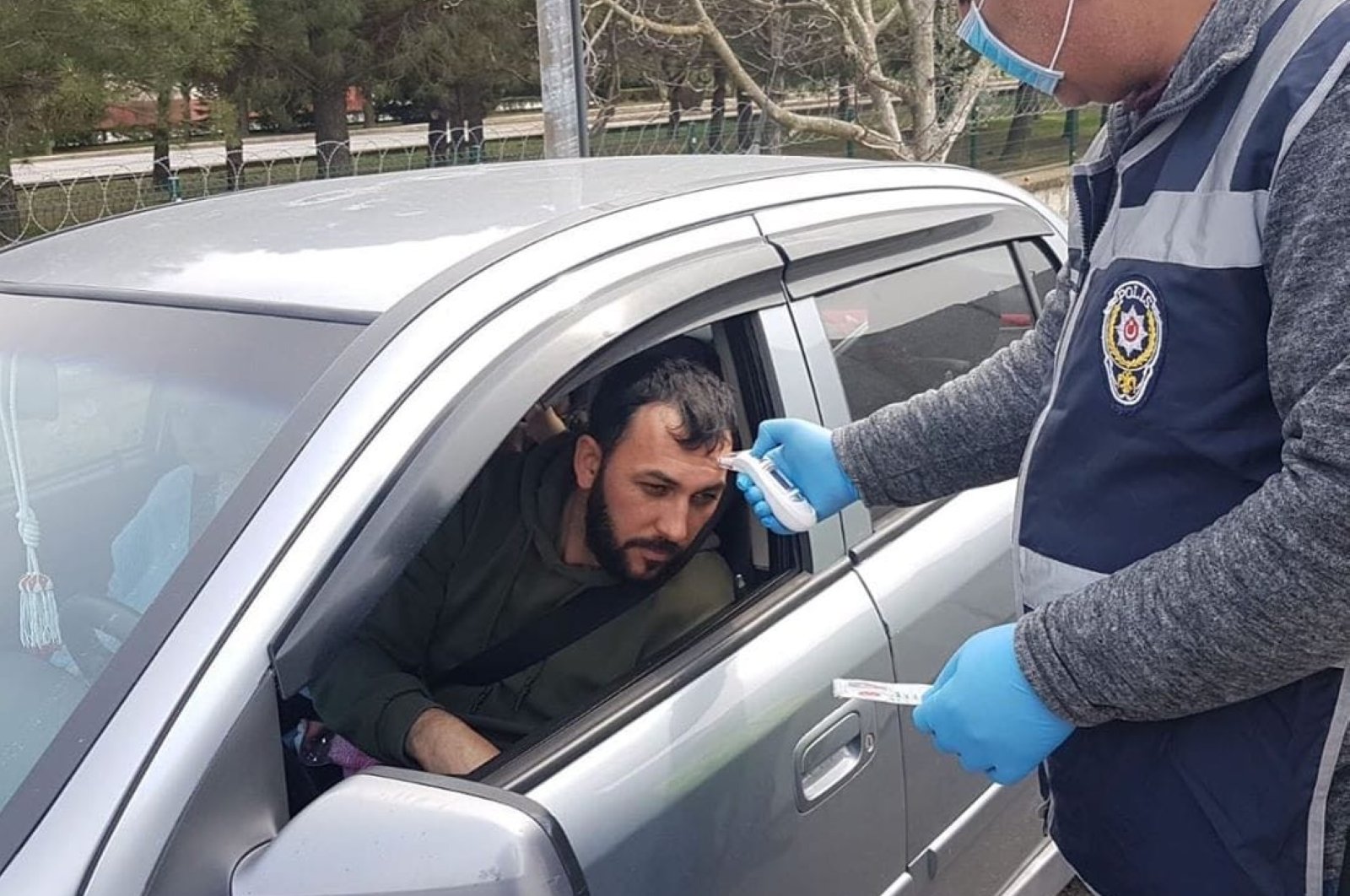 As measures are tightened, authorities have called on the public to stay home for the next 48 hours, as Turkey enters a critical peak stage in the coronavirus crisis management

"Don’t go out for the next 48 hours,” authorities warned the public on Saturday, in a message, widely shared on social media pointing to the beginning of a critical phase in Turkey’s struggle against the deadly coronavirus outbreak. Experts say the next two weeks may see virus cases peak and that it is thus vital to stay at home on Sunday and Monday to prevent the virus from spreading further. Over the course of these days, the quarantine will also end for many who have returned from abroad in the past weeks.

Despite cases being caught in countries across the globe throughout January and February, Turkey only recorded its first weeks later, on March 10. However, experts warn that potential cases may rise in the next number of weeks, as the time coincides with the end of the incubation period for carriers who may risk spreading the virus upon discharge.

Around 1,704 new cases of coronavirus had been confirmed in Turkey in the 24 hours running up to Health Minister Fahrettin Koca's announcement on Saturday, with an additional 16 dead. The country's total caseload of COVID-19 reached 7,402, and the death toll now stands at 108, while 70 people have recovered, the minister added. He added on Twitter that 7,641 tests had been conducted in the last 24 hours, bringing the total number of tests carried out in Turkey to 55,464 since the outbreak began.

In recent weeks, Turkey has closed most public spaces, schools and universities and restricted public transport. It has also imposed a 24-hour curfew on people aged 65 or over as well as for those with chronic illnesses.

New measures were also introduced over the weekend. Beaches and other parklands were closed to picnics and similar gatherings as well as to joggers. Inter-city travel by buses were also banned except in cases of emergencies, and those willing to travel by bus are now required to receive permits from governorates. The government also ordered governorates to set up “pandemic boards” which will impose additional measures specific to the relevant city to contain the outbreak if the need arises. At least 12 towns were also placed under quarantine. In all cities, police started checking body temperatures of occupants of vehicles arriving or leaving the city. Prison visits were also canceled for at least two weeks.

Istanbul, Turkey’s most crowded city with more than 15 million people, was almost deserted on Sunday as more people heeded the recommendations of public authorities to stay home. Unlike last week, few people were on the streets. The city's popular coastlines, otherwise teeming with joggers, fishermen and tourists, were relatively empty, while the traffic congestion rate, which was recorded as 13% last Sunday, dropped as low as 9% over the weekend, an astonishing number for the city which suffers from one of the worst congestion rates in the world both in rush hours and on weekends.

Similarly, traffic collisions declined by nearly 35% across the city as a result of the pandemic measures, according to the provincial police department. While the traffic density was around 65% during working hours before the government closed schools, density was 27% March 16, the day schools were closed. With decreasing density, there has been a significant reduction in the number of fatalities, injuries and general damage to property due to accidents. Between March 5 and March 15 in Istanbul, 790 accidents occurred with one fatality, 240 involved injuries and 549 saw damages to property. That is compared with the March 16-26 period, 520 accidents were recorded. Based on the 11-day data before and after coronavirus measures were implemented, this shows a reduction of accidents by 34%.

Otherwise busy venues in other big cities, from Bursa to the capital Ankara were also mostly empty on Sunday. With international flights canceled and domestic flights limited, the country’s airports were likewise shrouded in an eery silence. At Ankara’s Esenboğa, an aviation hub for more than 1 million passengers every month, only a few passengers unaware of flight cancelations showed up on Sunday.

Along with the elderly and the sick, the homeless are the most vulnerable members of the society when it comes to the pandemic. Those without homes have little protection, while homeless shelters are over capacity. In Istanbul, the municipality has converted now unused sports halls into shelter spaces. The sports hall was carefully disinfected before accommodating a number of homeless people. Oktay Özten, a municipality official, told Demirören News Agency (DHA) on Sunday that the municipality already had two shelters in the Esenyurt and Kayışdağı districts but that they had decided to convert a sports hall in the Eyüp district to a shelter as well.

“We placed the beds according to guidelines on the correct amount of social distancing. Their health will also be checked and will be sent to hospitals if they have symptoms. Police will bring the homeless here, where they can bathe and get a fresh change of clothing. We want to keep them here at least for 14 days (the period equivalent to quarantine process for virus cases). They will also have their body temperatures checked four times a day. They will later be transferred to the shelter in Esenyurt,” he said. He noted that the municipality currently had the capacity to host 160 people for the shelter in Eyüp and sought to house as many as possible in line with measures introduced to promote social distancing. Murat Soydaş, a 59-year-old man who has been homeless for about 15 years, was among those checking into the shelter in Eyüp. “I was scared to stay outside in those times. This place is a blessing for us,” he said.

As more people rush to protect themselves against the coronavirus, black marketeers and price-gougers have come out of the woodwork to exploit the crisis. Between March 9 and March 28, Turkish police carried out 105 operations against price gouging and the illegal trade of hygiene products, protective masks and other medical essentials. Some 160 suspects have been detained. Figures compiled by Anadolu Agency (AA) show operations carried out in 30 provinces netted 2.5 million masks, 142,000 gloves and more than 175,000 bottles of disinfectants.

Police also seized 2,506 bottles of cologne as well as chemicals used in sanitizers. Some of the seized products were genuine, while others were fake and outright harmful, according to security sources. The detained suspects face charges of price gouging, false branding, making and selling substances hazardous to human health and unlicensed sales.