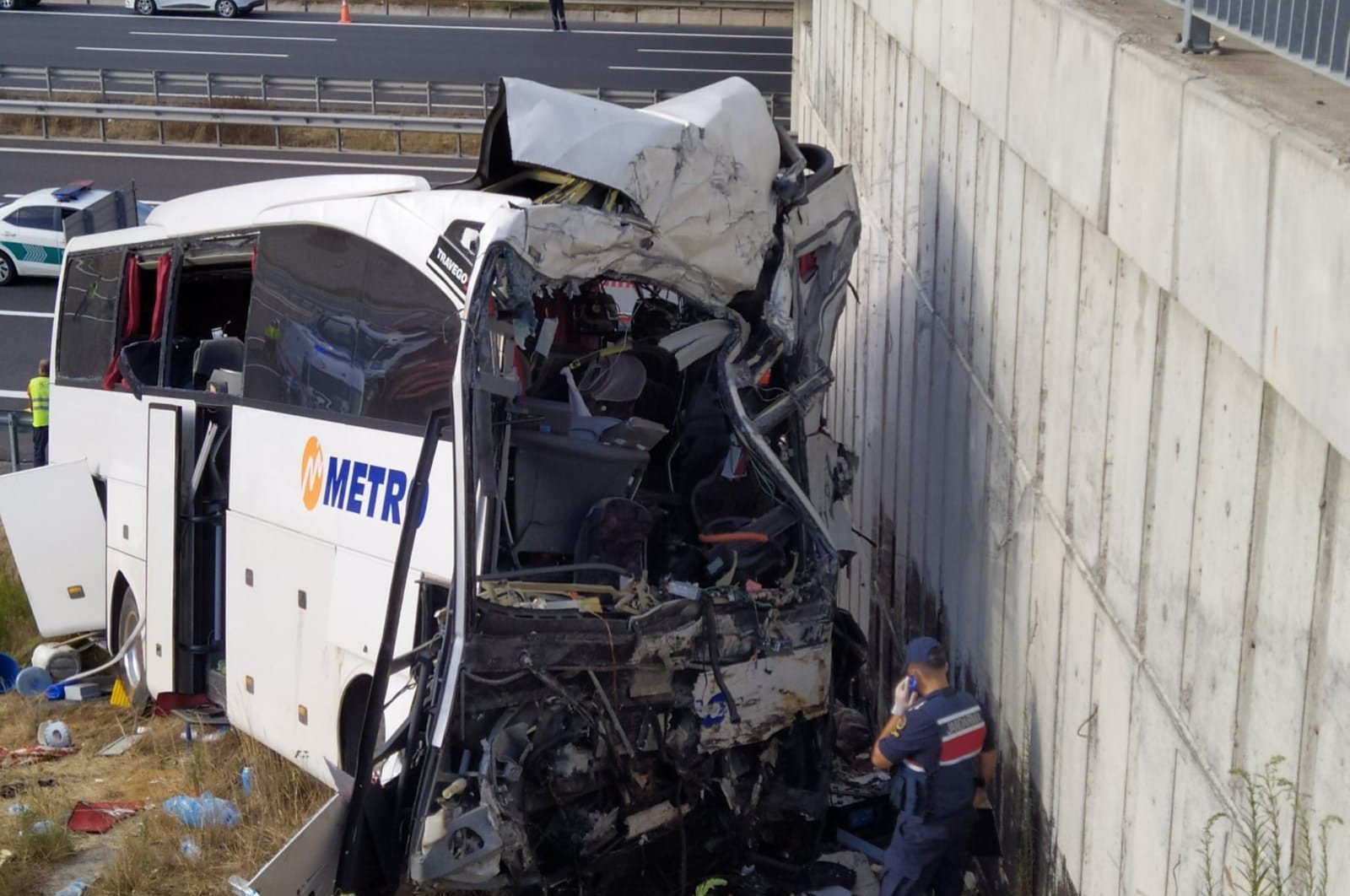 At least five people were killed, 25 others injured Sunday after a passenger bus collided with an overpass in Istanbul.

The bus was arriving in Istanbul from the northern province of Karabük when it collided with an overpass in the North Marmara Highway.

The accident occurred at around 7 a.m. local time (0400 GMT) near the Çiftalan area of Istanbul.

The Istanbul Governorate in a statement said a large number of police and gendarmerie officers were dispatched to the scene. They were accompanied by rescue teams from 112 emergency services and Turkey’s Disaster and Emergency Management Authority (AFAD).

The statement said injured people were rushed to nearby hospitals and 10 were in critical condition, including three children.

Speaking to the Demirören News Agency (DHA), one of the passengers said the driver acted as if he was in a hurry and looked tired prior to the accident.

"The bus had a sort of mechanical problem before we arrived in Istanbul. He was acting like he was in a hurry and was driving rather fast," Aynur Akman said, who is among the injured.

"Everybody on the bus was asleep and it suddenly happened. The bus rocked violently and all the windows shattered. Some passengers flew out off the windows," she recounted the moment of the accident, saying that truck drivers passing by rushed to help.

Aynur said she had heard claims that the driver had a heart attack moments before the crash, while other passengers claimed he fell asleep.

A probe has been launched into the accident and a public prosecutor was sent to the scene to carry out a preliminary investigation.