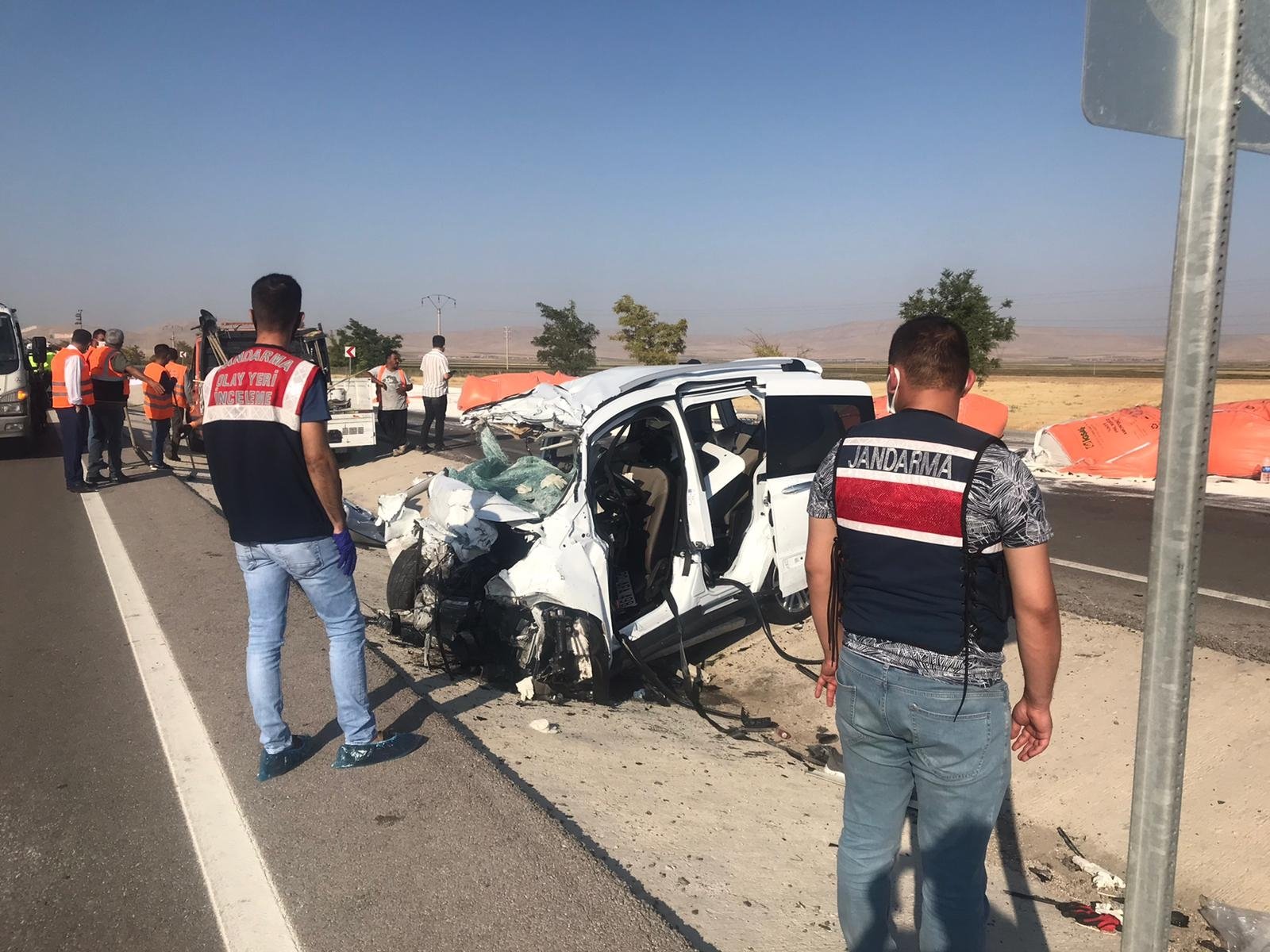 Six people were killed and two others injured when a truck and panel van crashed into each other in the central Turkish province of Konya Friday.

The truck, loaded with materials used in explosives production, was heading toward Aksaray when it crashed into the van traveling in the opposite direction. Ambulances and police were dispatched to the scene while the cause of the crash is unclear. Media outlets reported that all who died had been passengers in the van while the truck’s driver and another person in the van sustained injuries. The driver was detained by police for causing the crash after receiving medical treatment. He had been transporting ammonium nitrate to be used for demolition work for road construction, media reports said. The deceased were all reportedly members of the same family.

Every year, hundreds of people die in traffic accidents across the country, often due to reckless driving and pedestrian errors, despite measures. According to the latest figures between January and July 2021, 1,242 people were killed across the country in accidents. Thousands of accidents took place due to drivers violating speed limits, overtaking other vehicles in dangerous spots and violating rules on changing lanes. Last month alone, 297 people died in 43,166 accidents, which also injured more than 34,000 people.