6 killed, 37 injured as bus collides with truck in Turkey’s Manisa 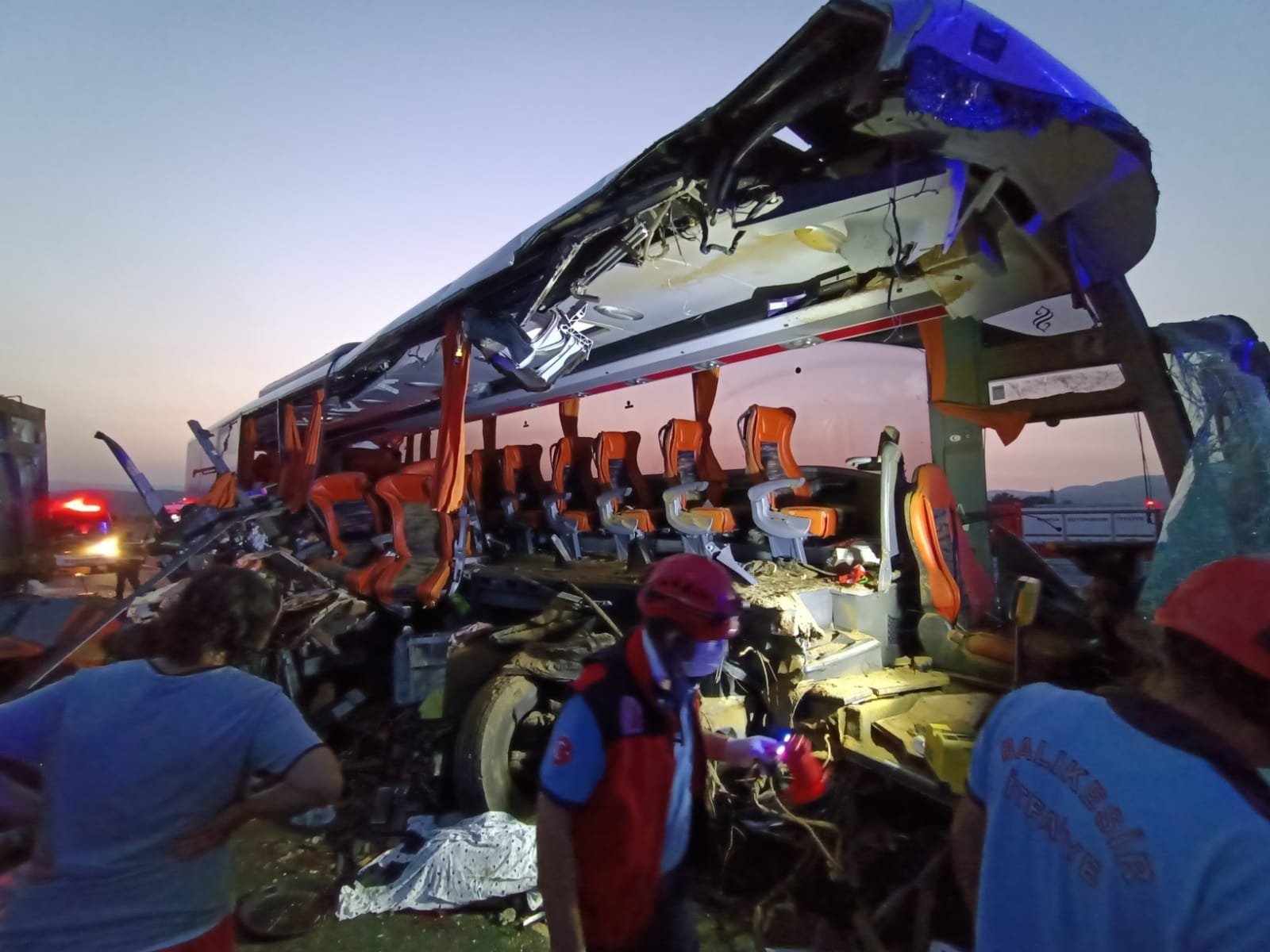 Six people were killed and 42 others were injured on Friday after a passenger bus crashed into a truck on the highway between Istanbul and Izmir.

The accident occurred in the early hours near the district of Soma in the western province of Manisa, when the passenger bus rear-ended a stationary truck on the highway.

Initial local reports said six people died in the immediate aftermath of the accident with three more later succumbing to their injuries at the hospital. But the death toll was later on revised as six by the office of Manisa Governorate.

"We have seen the media falsely reporting the death toll in the accident that occurred near Soma. As of now, six people were killed and 37 others were injured, with six of the injured receiving their treatments in various hospitals in Balıkesir while the remaining are in Manisa hospitals," a statement by the governorate read. The number of injured was later reported to be 42 by media outlets. Among them was a foreign national whose nationality was not disclosed. Four of the injured were in critical condition.

The bus was carrying 50 passengers and three crew members, the authorities said.

Yiğit Tömen, who survived the accident with injuries, said he was asleep when the crash happened. "Everybody was screaming and running around when I woke up. Most passengers were sleeping like me and the accident woke us all up," he said.

Traffic accidents claim hundreds of lives every year across Turkey. The latest official figures show 85 people were killed in the Sivas province last year while another 2,527 people were injured in 1,421 accidents.

Across the country, 4,866 people were killed in traffic accidents last year and another 226,266 people suffered injuries, according to figures by the Turkish Statistical Institute (TurkStat). One-third of the accidents stem from drivers exceeding speed limits. The government seeks to reduce the number of accidents with a number of measures.