6.7 million homes across Turkey need to be rebuilt, minister says 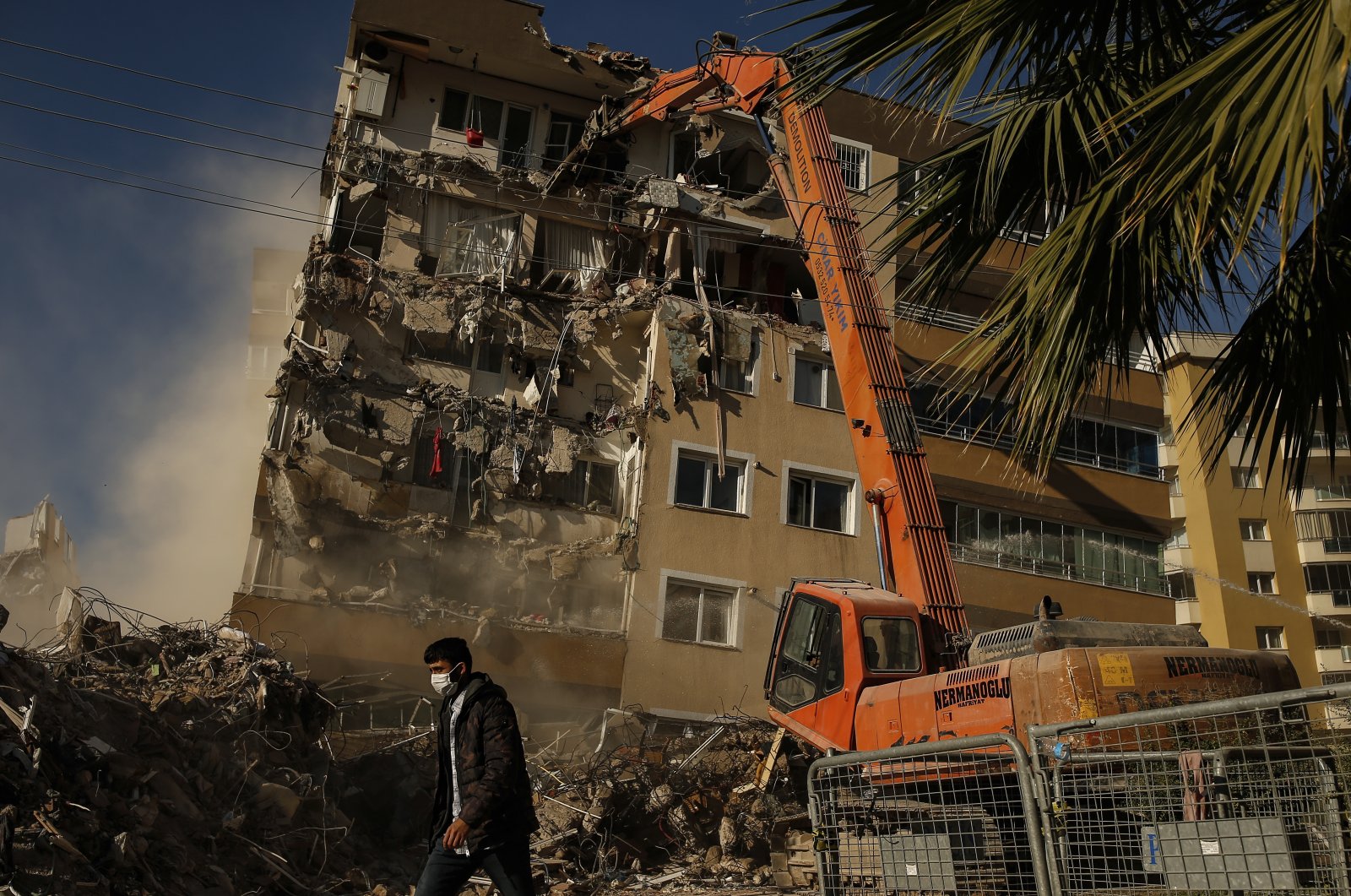 More than 6 million residences in Turkey needs to be rebuilt from the ground up for structural integrity, Environment and Urbanization Minister Murat Kurum said Tuesday.

The minister’s remarks came during an interview on a morning show on Turkish private broadcaster, Fox TV, as Turkey continued to debate the safety of millions of aging apartment buildings dotted across the country following the Izmir earthquake.

"Across Turkey, there are approximately 6.7 million residences that need to be rebuilt. At least 1.5 million of those need to be done urgently. Of them, 300,000 are in Istanbul," Kurum said.

The 6.6 magnitude earthquake in Izmir last month killed 106 and injured more than 1,000 people. It caused widespread damage across the Mediterranean city, toppling several buildings and causing major infrastructural damage to dozens of others.

The minister said a team of 1,300 experts was already at the scene the following day of the disaster to assess the damage and prepare a report.

"Our inspections have revealed that 40,000 residences need to be rebuilt in Izmir. That means roughly 19,500 apartment buildings," Kurum said, adding that the total number of buildings in Izmir that have either collapsed or suffered critical damage was 506.

Following the 1999 earthquake that hit northwestern Kocaeli's Izmit and Gölcük and killed more than 17,000, Turkey revamped its building codes and introduced much stricter regulations to make new buildings earthquake resistant.

A decade after the tragedy, the government launched an ambitious urban transformation project. The urban renewal covers the demolition of buildings at high risk of collapse, particularly those built before 1999 with old regulations and those with illegal modifications outside of building codes.

Explaining the importance of the renewal project, Kurum said all but one of the collapsed buildings in Izmir were built before 1999.

Kurum said the project's importance was even greater for Istanbul, where nearly 16 million people live and experts say the city was likely to be hit by a devastating earthquake sooner or later.

"Since kick-starting an urban renewal project in Istanbul's Gaziosmanpaşa in 2012, we have completed the reconstruction of 1.4 million residences. Just in Istanbul, we rebuilt 72,000 buildings and 370,00 residences," he said.

"The urban renewal project must be centered in Istanbul."

Speaking about Turkey in general, Kurum said his ministry completed the inspections on some 800,000 buildings and 24 million residences, which corresponded to around 65% of all homes across Turkey.