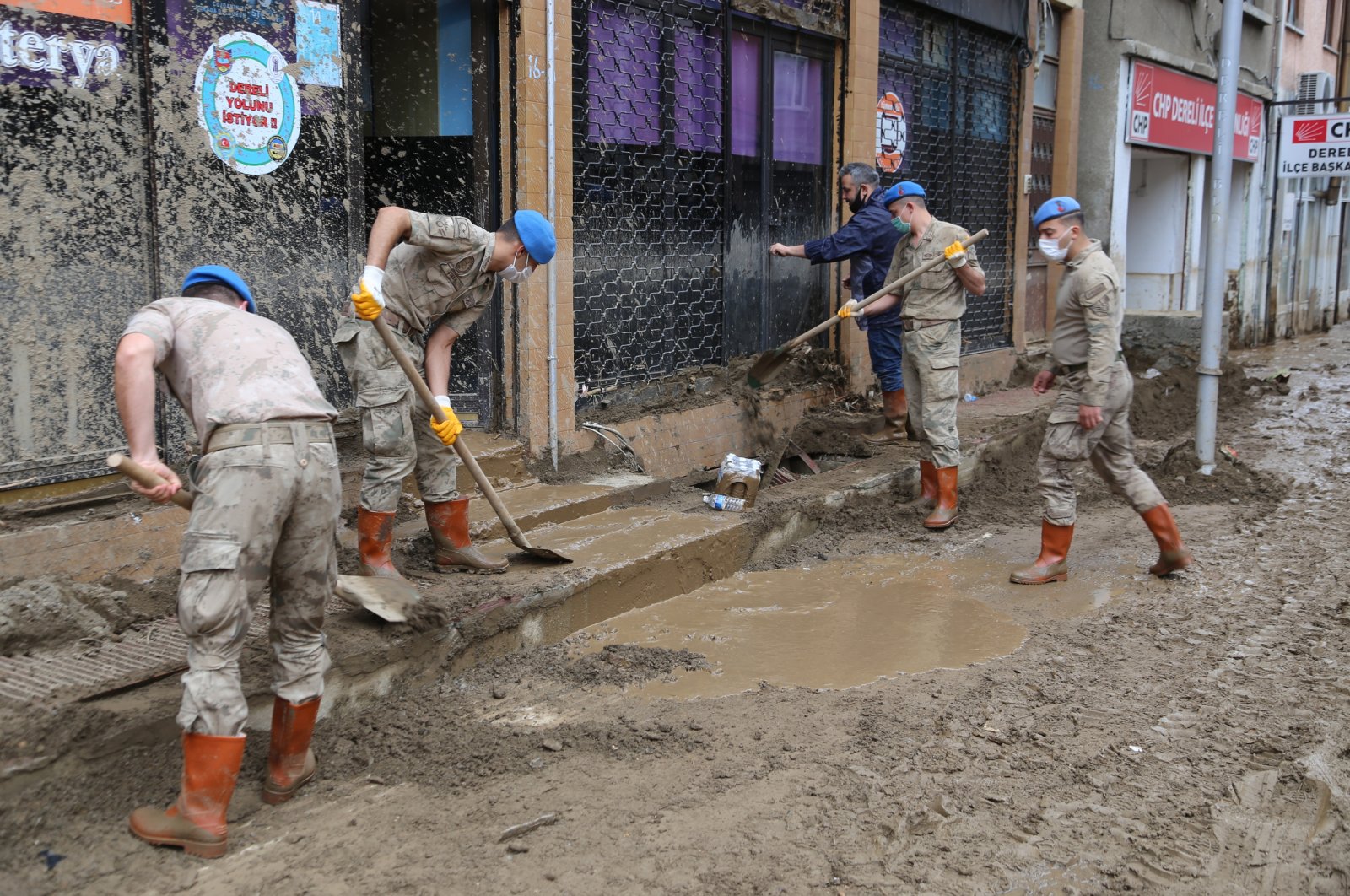 Search and rescue work for seven people who went missing in last weekend’s devastating floods in northern Turkey continues while much of the debris has been removed.

Interior Minister Süleyman Soylu, who was in Dereli, the epicenter of the floods in the northern province of Giresun, said Thursday that more than 900 people, helicopters and boats were scouring a wide area to locate the missing.

The floods have killed at least eight people, including military officers who were taking part in evacuation efforts.

Unprecedented rainfall had wreaked havoc in the small district where haphazard construction in an area open to immense flooding worsened the disaster.

Soylu was among the ministers who have been visiting the disaster zone regularly since day one. He was back on Thursday and briefed reporters about the work that has been done so far to help the locals recover from the flooding. The government poured in millions of Turkish liras to address the needs of the affected population while their tax payments were postponed. The minister said 12 buildings damaged in the floods were demolished, including the headquarters of the local branch of Turkish National Police. The local police are credited with the early evacuation of the area that prevented higher casualties, but their building, like most of the other structures in Dereli, was deemed unsafe. Soylu said demolitions were required to expand the river bed which was blocked with settlements.

He said almost all sediment left by floods had been cleared, and crews were working hard to clear all the roads leading to the district. The minister added that volunteers helped crews to clear the debris left in shops and houses by floods. Damage assessment work still continues while households and businesses affected by the disaster will be given cash aid between TL 3,000 ($408) and TL 100,000. He said cash aid would also be provided to the owners of more than 150 vehicles destroyed by floods.