80% of people with hepatitis B in Turkey unaware, doctor says 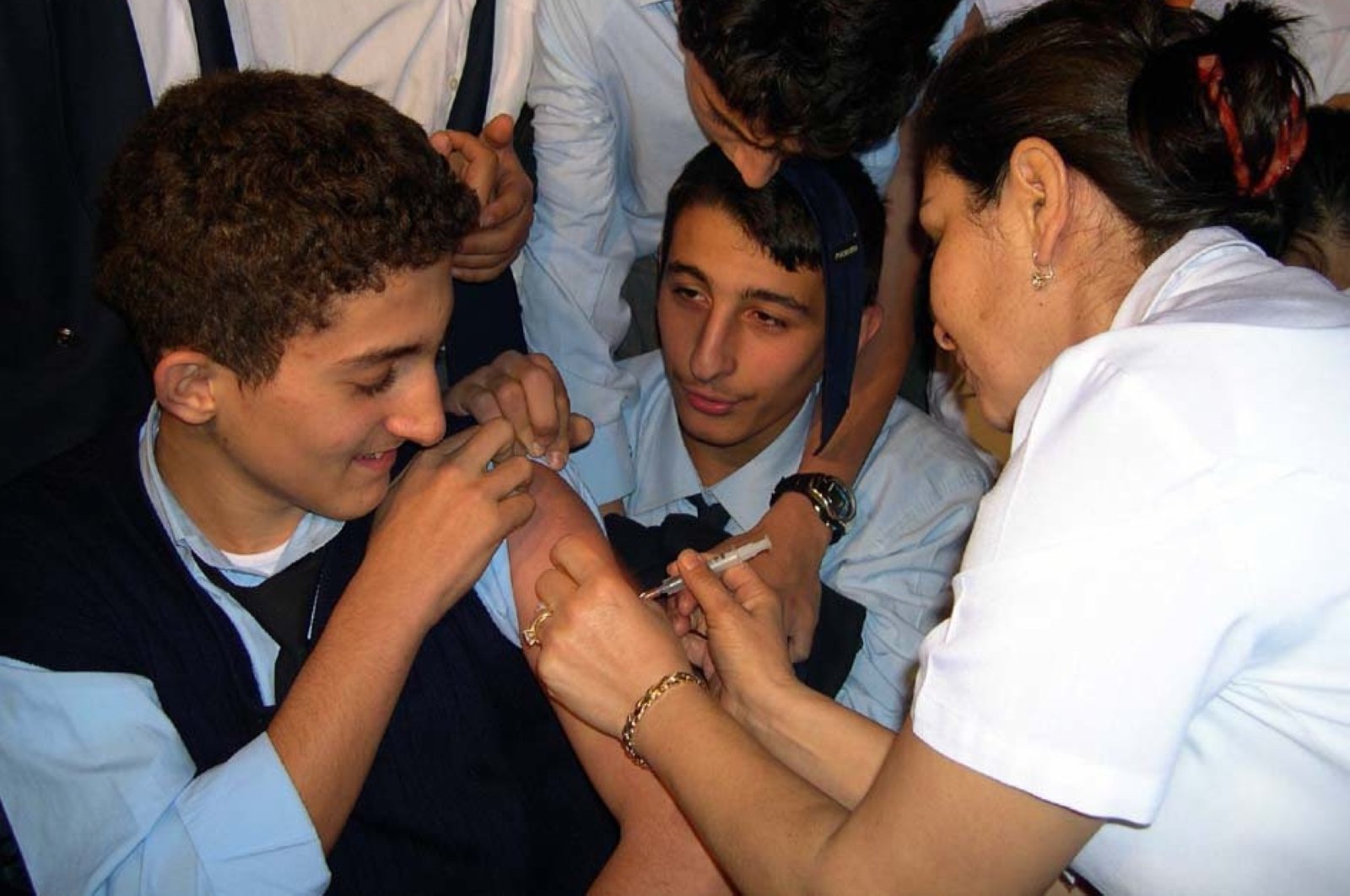 A high school student gets vaccinated against hepatitis B in the Kartal district of Istanbul, Turkey, Jan. 20, 2004. (Photo by Gülcan Demirci)
by Anadolu Agency Jul 28, 2020 1:48 pm
RECOMMENDED

Some 80% of people in Turkey living with viral hepatitis B are unaware that they are infected, a gastroenterologist said on World Hepatitis Day.

"Only 20% of people living with hepatitis B virus (HBV) in Turkey know that they are hepatitis patients; 80% of them are unaware," professor Hasan Özkan, who heads the Department of Gastroenterology at Ankara University, told Anadolu Agency (AA). "There are 350,000 people in Turkey who need to receive hepatitis treatment. However, only 60,000 of them are receiving it.”

Out of the 325 million people infected with hepatitis, some 290 million are not even aware of the deadly disease in their blood. According to the World Health Organization (WHO), more than 250 million people are living with chronic HBV infections. Although viral hepatitis claims up to 1.4 million lives per year, hepatitis can be prevented, diagnosed and treated.

Highlighting the importance of hepatitis testing, Özkan said the rate of incidence of HBV in Turkey is 4%.

Tests are affordable and provide almost 100% accuracy, he said. Underscoring that Turkey has a high success of treatment in hepatitis, he said the country has widely been using the HBV vaccine since 1993. "By increasing awareness, following up and treating patients, we could prevent the development of cirrhosis and liver cancer in the future,” Özkan said. He said getting the hepatitis B vaccination and following up on chronic hepatitis and cirrhosis patients could also extend the lifetime of patients by helping achieve an early diagnosis for those with cancer. "The most important risk factors increasing liver cancer are hepatitis B, hepatitis C, alcohol, smoking, diabetes, cirrhosis and liver fat. Therefore, hepatitis vaccines are one of the most important protection methods,” Özkan said. Avoiding smoking and alcohol, eating a Mediterranean diet and exercising regularly to prevent obesity and fatty liver could reduce the risk of cirrhosis and liver cancer, he said.

Hepatitis B is a major global health threat that can cause chronic infection and puts people at high risk of death from cirrhosis and liver cancer, according to the WHO. As hepatitis carriers can transmit the virus to others, Özkan underlined the importance of protective measures and hygiene. ''Due to the long-term treatment which requires the cooperation of physician-patient, regular medication and controls, patients may sometimes break off the treatment process or do not start treatment at all,” said Özkan, who is also the head of the Eurasian Gastroenterological Association.

World Hepatitis Day, which is one of the WHO’s officially mandated global public health days, is observed on July 28 each year. July 28 marks the birthday of Nobel laureate scientist Dr. Baruch Blumberg, who discovered the hepatitis B virus and developed a diagnostic test and vaccine against it. The WHO's 2020 theme is a "hepatitis-free future" with a strong focus on preventing hepatitis B among mothers and newborns.