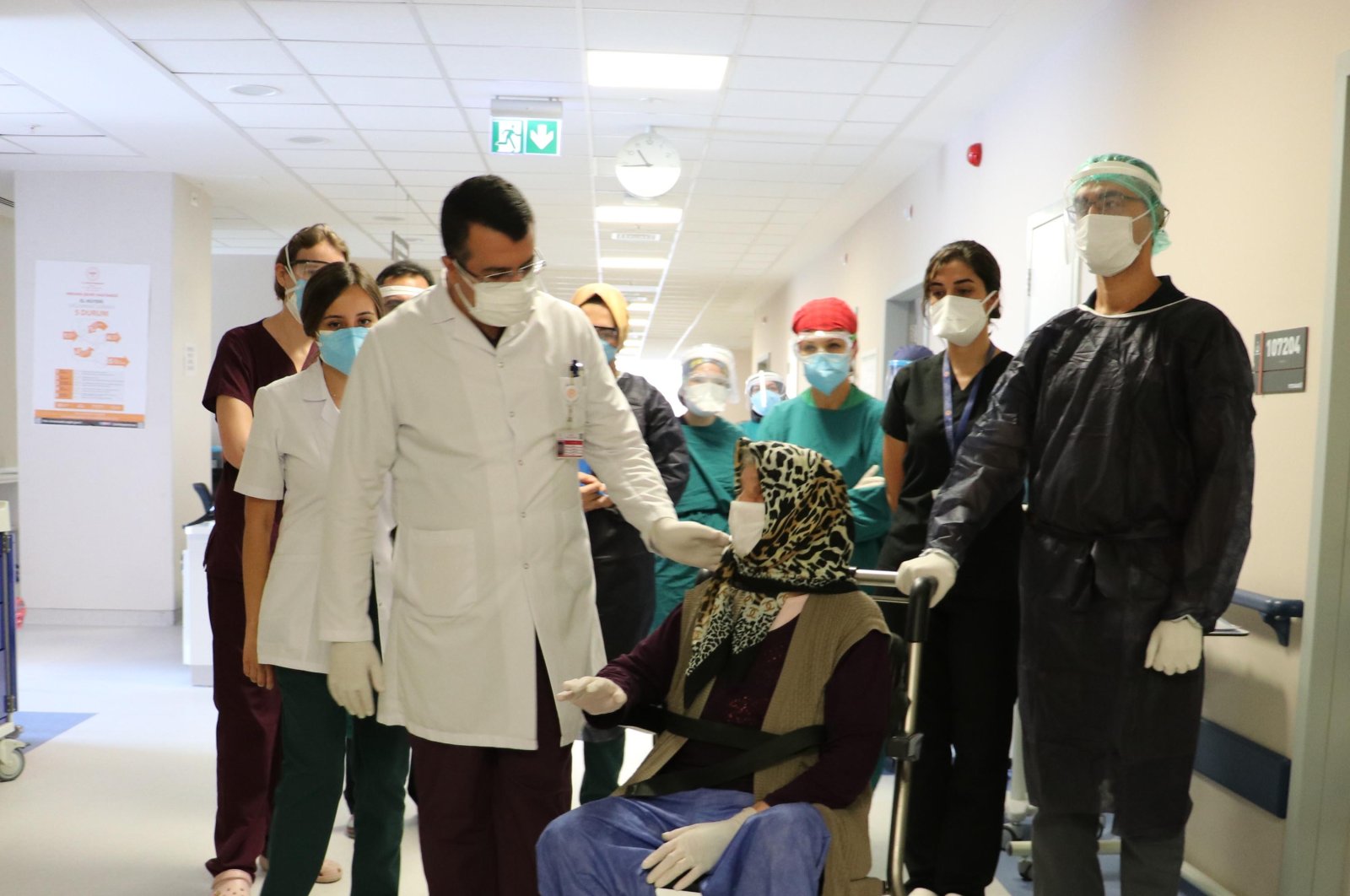 Hacer Dinçsoy is among the high-risk group for COVID-19. She is 80 years old and suffers from diabetes, kidney failure, high blood pressure and cardiovascular disease. Yet, she managed to recover from the coronavirus and was discharged from the hospital amid the applause of staff on Tuesday.

Dinçsoy, a mother of 10, is among a small number of elderly patients that have recovered from the virus, which was introduced in Turkey in March. She was infected when she came into contact with her grandson. Dinçsoy was taken to Ankara City Hospital in the capital and underwent 10 days of treatment. She was suffering from severe respiratory problems when she was admitted. “This is thanks to you. May Allah bless you,” she said while leaving the hospital accompanied by a line of doctors and nurses giving her applause.

Associate professor Ihsan Ateş of the hospital said Dinçsoy was administered three different drugs and steroids. “Besides her illnesses, she had a pacemaker, but she managed to overcome all,” Ateş told Demirören News Agency (DHA). Ateş said patients with chronic diseases have more problems once infected and warned the public to heed measures to not infect people in the high-risk group, namely senior citizens 65 and above. Ateş pointed out that her early diagnosis was also key in treating the disease.

Turkey on Monday reported 18 more coronavirus-related deaths, 743 recoveries and 1,443 new cases over the past 24 hours, Health Minister Fahrettin Koca announced. Nearly 96,000 tests for COVID-19 were carried out on Monday, according to the data shared by Koca on Twitter. About 800 patients are gravely ill with the disease, he said. The national death toll has now reached 6,139, while 237,908 patients have recovered. "Eventually, the virus will be defeated," Koca said, reiterating his reminder that there are measures that can defeat the disease. Turkey lifted its strictest measures against the coronavirus outbreak in June, but officials are closely monitoring businesses and individuals' compliance with measures, particularly in regard to mandatory mask-wearing and social distancing.