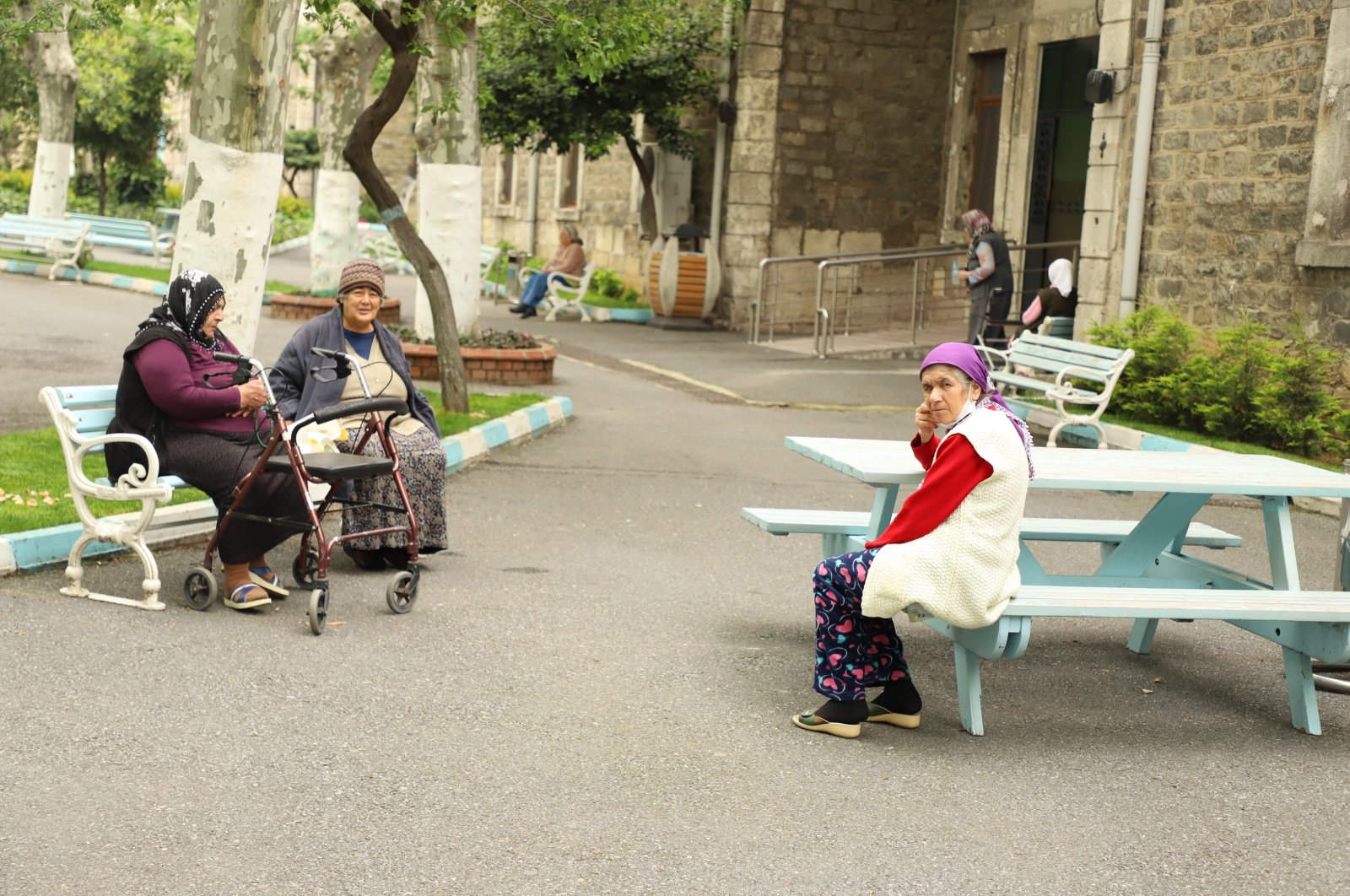 The pandemic took its toll on Mother’s Day, the celebration of women's roles as mothers, which is now a harrowing occasion for health care workers far from their children and mothers and the elderly at nursing homes, where visitors are not allowed

Mother’s Day is always an emotional occasion, but there was more room for drama this year as the COVID-19 pandemic changed the way it is celebrated. Mothers fighting the virus were separated from their children. They had to suffice with video or phone calls as the crisis led to travel restrictions. Some mothers had deliberately chosen to be separated from their children as they fight at the frontline in the war against the outbreak. Doctors, nurses, paramedics and cleaners at the hospitals who cannot go home for fear of infection, marked the day without seeing, hugging and kissing their children or mothers. The elderly population that is confined to nursing homes also spent the day without the presence of family, as visits to these places are barred as part of measures against the pandemic.

Aslı Avcı, a nurse at a hospital in Istanbul, says it is the most meaningful and difficult Mother’s Day for her. The mother of two must stay at a dormitory allocated for health care workers against virus risk and she has only a few minutes after her daily shift to see her daughters, from their balcony. It has been more than one month since the pandemic measures for hospitals forced her to stop going home. She can only make video calls to her children, aged 12 and 5, while her mother and husband take care of the two sisters. “They are safe at home and patients here need us,” Avcı told Demirören News Agency (DHA) Sunday.

Dr. Ayşegül Tuna, the mother of a 7-month-old son, laments not being there when he needs her the most. Tuna, who works at Harakani State Hospital in the eastern Turkish city of Kars, told Anadolu Agency (AA) that even though she was able to see her son, they have to live in separate places. “It is a difficult time, but I knew of the difficulties when I decided to become a doctor. I missed hugging my child very much but I can’t do anything about it. I don’t know if there is anything worse for a mother,” she says. Tuna can only touch her baby boy while breastfeeding and has to keep the distance at all times. “If I can do this, other people can live this way for a while too, by keeping social distance, so, we can overcome this,” she says.

“Mom, I want to hug you now,” recounts Yurdagül Kurt about a recent phone call with her 13-year-old daughter. The nurse, who works in the pandemic wing of Seyhan State Hospital in the southern city of Adana, has been away from her for a month. “It is an emotionally challenging time. I never complained of the hardship I faced on the job, but it is really challenging not to be able to touch my child. I will hug her over and over again once this pandemic is over,” she says.

Elsewhere, nursing homes are quiet as no visitors are allowed, even on Mother’s Day when sons, daughters and grandchildren normally flock to see their mothers and their grandmothers.

In Darülaceze, a historic nursing home in Istanbul, residents are not complaining as many of their children stopped visiting a long time ago anyway. Nevertheless, they are sad not to have visitors, usually young volunteers from charities helping the elderly, who are a staple of the nursing home every Mother’s Day. 76-year-old Gülşen Bartınlı says she does not care that her biological children and grandchildren do not visit her. “I already had many children here,” she says, referring to the staff and visitors giving comfort to their solitary lives. Darülaceze Director Hamza Cebeci says they used to have at least 1,000 visitors every Mother’s Day, but they had to bar them this year. “People used to bring our residents flowers and chat with them. We now see how valuable these visits were as we don't have them this year,” he told Anadolu Agency (AA).

Millions around the world are at home trying to curb the spread of COVID-19, but the burden of household chores has put additional pressure on mothers with extra responsibilities.

A lot of mothers this year will expect more than presents and helping to shoulder some of the responsibilities at home could be a good start.

Halime Akarsu, a married mother of four, resides in an urban district of Turkey's capital Ankara. The coronavirus has had a huge effect on her responsibilities, caring for three of her children, university students who are studying in different provinces and returned home following the closure of schools as part of preventative measures. "On a regular day, I'd cook for my husband and myself, but the return of the children changed all this as I cook more often and spend more time in the kitchen," she said. Not aware of issues related to the virus at the beginning of 2020, her life suddenly changed with social distancing and the stay-at-home policies that were implemented.

"Hygiene is of the utmost importance nowadays and I started doing laundry at least three times a week. It is really difficult to take care of all these home duties alone," she said. But Akarsu considers herself "lucky" because her family recently began to help with household chores. The best present Akarsu could receive on Mother's Day would be if her family took on more responsibility with the chores, according to the 54-year-old mother who used to work as a clerk before retiring.

Aside from the extra work, Akarsu sees a plus side to measures to help halt the spread of the virus. "It's clear that this home isolation brought more responsibilities, but it's good to see the family all together," she said. "Maybe, this will be the last time we're all in the same house as a family. The kids are growing up fast and will go in their own ways soon." Asked if her children help her when she goes to buy groceries, "hell no," was her response, but she now views the "burden of past days" as an opportunity to socialize, to some extent. "I miss the days when I complained about leaving the house to buy groceries," she said. "This virus made me realize how insignificant things could be a source of joy in desperate times."

Another mother living in Ankara said the outbreak in Turkey also led to panic within her family and now, everyone in her household has begun to pay extra attention to hygiene and general cleaning.

The pandemic added an additional burden of chores for Çiğdem Gençtürk, but she sees the glass as half full and enjoys her family's "us-time" at home, as they rarely leave their apartment for fear of infection.

"We usually make video calls with my married daughter. When we meet, we leave social distance between us," she said. "We have fun talks while watching game shows, etc. So, we now know each other's tastes better."

"In this process, we understood how beautiful our life used to be," said Gençtürk.

Cooperation is one of the best gifts that can be offered on Mother's Day, said Gençtürk, who believes people should be "patient and disciplined" with their families and the public until the end of the pandemic. She hailed health care workers, police officers and public employees for their devotion amid the pandemic and said people should follow rules set by authorities.