Adnan Menderes, his ministers, victims of 1960 coup remembered in Turkey 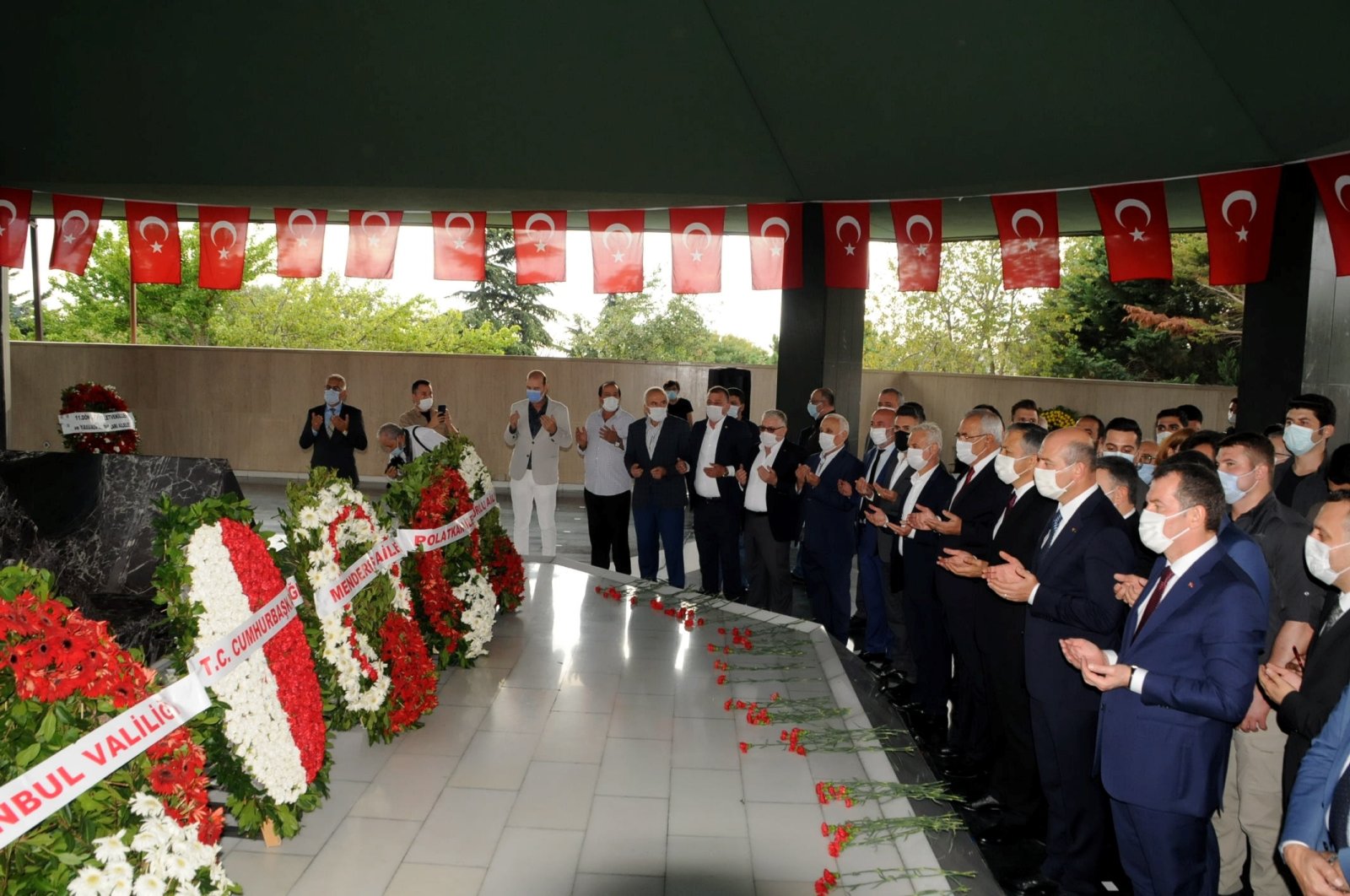 Just five days after marking the 40th anniversary of a brutal coup, Turkey remembers another dark chapter in September. Then-Prime Minister Adnan Menderes, who was killed by hanging by putschists on Sept. 17, 1961, was commemorated at his grave in Istanbul. The prime minister was the third victim of Turkey’s first coup in 1960 as two ministers, Foreign Minister Fatin Rüştü Zorlu and Finance Minister Hasan Polatkan, were hanged one day before him. Interior Minister Süleyman Soylu and other dignitaries attended a remembrance ceremony for Menderes and others at their graves on Thursday.

The 1960 coup paved the way for more military interventions in the country’s fragile democracy but made Menderes an enduring figure in Turkish politics with his image as a man of the people whose life was cut short by military tutelage’s power over politics.

Menderes, who started his political career in Turkey’s then only party the Republican People’s Party (CHP), made history as the winner of the country’s first multiparty elections in 1950. Yet, his Democrat Party government could only last a decade before the military stepped in to overthrow the government over allegations of authoritarianism. Menderes and other prominent figures were arrested and imprisoned on Yassıada, an island prison in the Marmara Sea. A court set up by putschists asked for the death sentence for 288 defendants in a string of cases against the government. Only three among them, Menderes, Zorlu and Polatkan, were sentenced to death. “I wish my state and nation endless bliss,” were Menderes’ last words before he was taken to the gallows and hanged at Imralı, another island in the Marmara Sea. Coup victims had their reputation restored decades later after Parliament passed a law allowing a state funeral for them and moved their bodies to a memorial graveyard.

President Recep Tayyip Erdoğan, who himself staved off several coup attempts while he was prime minister and later as president, issued a statement on the anniversary of the killings of Menderes, Zorlu and Polatkan. “These executions remain a wound in the hearts of our nation. The black stain on those who paved the way for executions and those who supported the putschists will also remain,” Erdoğan said. The president, who counts Menderes among his role models for the development of Turkey, said Menderes was passionate about the state and nation, noting his last words. “It was not only Menderes and his colleagues but the history, culture, values and faith of our nation and national will that were tried in sham trials and executed,” he said.

Erdoğan said they fought for national will and paid prices, but Turkish democracy has been “freed of any tutelage” and bans and Turkey today had more freedoms, security and justice. He reminded that Yassıada was turned into “Democracy and Freedoms Island,” in reference to the construction of a massive complex on the long-deserted island where the coups and their impacts are now being discussed in panels and conferences.