Adventure-seekers flock to world's most dangerous road in northern Turkey 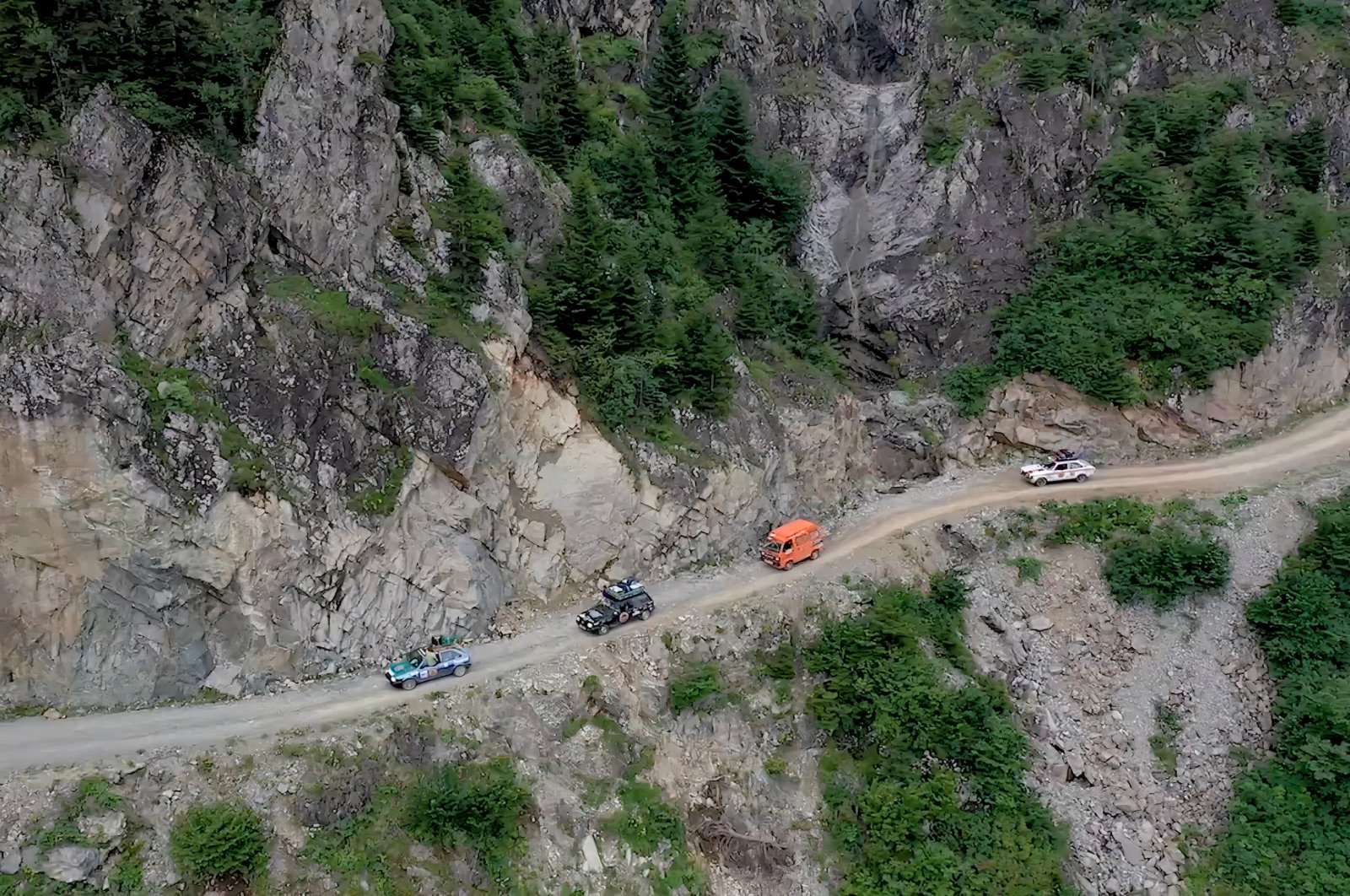 Derebaşı Bends in Turkey’s Black Sea region has become a favorite place for adrenaline enthusiasts in recent years, after it was introduced to regional tourism.

At an altitude of 3,500 meters (11,483 feet), the road is the shortest route from Trabzon, a large port city, to the sleepy town of Bayburt to the south, which connects part of the Black Sea region to inner regions of Turkey. Although most drivers prefer longer routes, steep rocks and 13 hairpin turns do little to discourage adventure seekers from braving the route, which was selected as the "most dangerous road in the world" by the Dangerous Roads website.

Speaking to Demirören News Agency (DHA), Emre Gündoğan, a passerby on the road, said that he is traveling on the most difficult road in the world and called on all adrenaline-seekers to use the route.

“There are too many sharp bends. We shuddered while passing the road and when looking downward. Beginner drivers should not pass this road,” he said.

The road is estimated to have been built during the Russian invasion in 1916 by locals doing forced labor. It has been restored occasionally, but it barely resists the forces of nature, from dense fogs and rainfall common in the Black Sea region to landfalls and avalanches. It is closed to traffic for about six months every year due to heavy snow, but in summer, melting snow creates a scenic route for drivers as it turns into pristine water in streams straddling the slopes. Yet, if driving without caution can send you to the bottom of the cliffs, as the road has no guardrails. Sudden, steep grades also pose a challenge for those missing road signs. Some narrow sections of the road are not wide enough for two cars, and some parts are made of gravel instead of stable asphalt.

Davut Doğan, another driver passing the road, said that he uses Derebaşı road sometimes, adding that a small mistake can send you tumbling down the cliffs.

“Because it is a single-lane road, we have to wait when we encounter other vehicles. When you are on the bends, you have to slow down your speed significantly, and you can only turn sharp corners in two to three moves,” he said.

Hasan Türkoğlu said he wanted to see Derebaşı Bends after encountering the route on social media as “the way to death.”

“This is a really scary place. Despite it, many people use this road,” he noted.

Derebaşı Bends is not the only dangerous road in Turkey where coastal regions are home to mountain ranges. The Bird's Nest that connects the country's Mediterranean region to its Anatolian heartland is also listed on the Dangerous Roads website, which advises motorists against driving on this winding route atop Toros Mountain in southern Turkey. Nevertheless, comfort trumps tourism potential as authorities drilled a series of giant tunnels on the 60-kilometer (37-mile) route for a safe journey with less motion sickness for travelers fearing high roads with a sheer drop of 2 kilometers on one side and a sharp vertical rock face on the other.