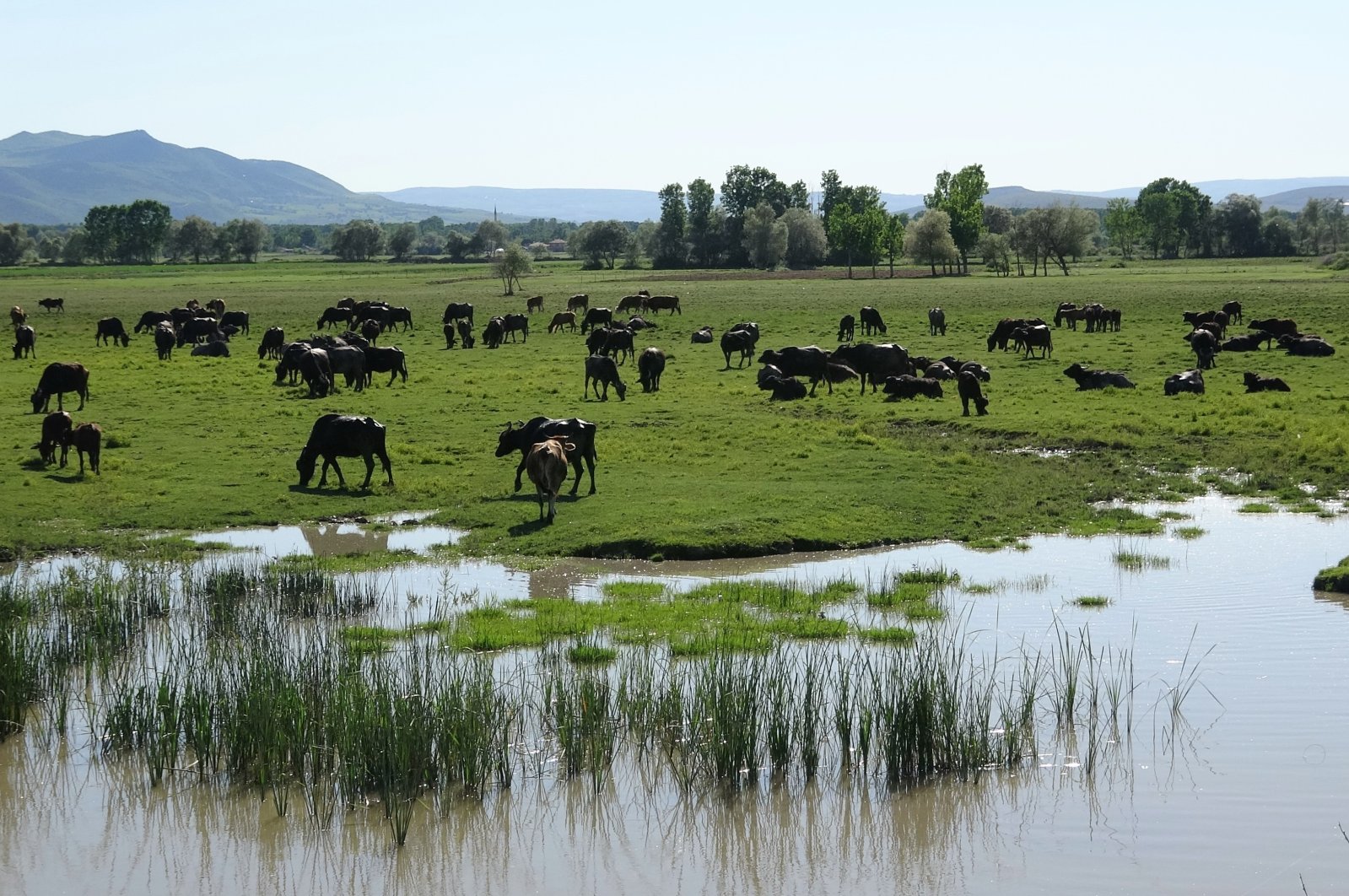 Buffaloes chilling around a lake is no longer a rare sight in central Turkey. The huge, muscular animals, we are used to seeing in documentaries on African wildlife, are now roaming Anatolia's vast plateaus.

Thanks to a new support project, buffalo breeding in central Turkey has increased by 400%, according to the local association of breeders.

The number of buffaloes in Tokat, which are less expensive and more efficient than cows, has increased from 200 to 1,000 in the past decade.

The buffaloes spend most of their time in the waters of Kaz Lake.

The animals raised in Çiftlik village in Tokat's Pazar district are now among the important sources of livelihood for the local people.

The project carried out by the Buffalo Breeders Association and Tokat Gaziosmanpaşa University is supported by the Minister of Agriculture and Forestry. It has provided a new source of income to the locals.

“Buffalo milk is TL 10 ($1.2) per liter, while cow milk is only TL 2. For that reason, buffaloes are more profitable. The demand for buffalo milk and yogurt is also high. We are receiving orders from neighboring provinces and can't keep up with orders," he said.