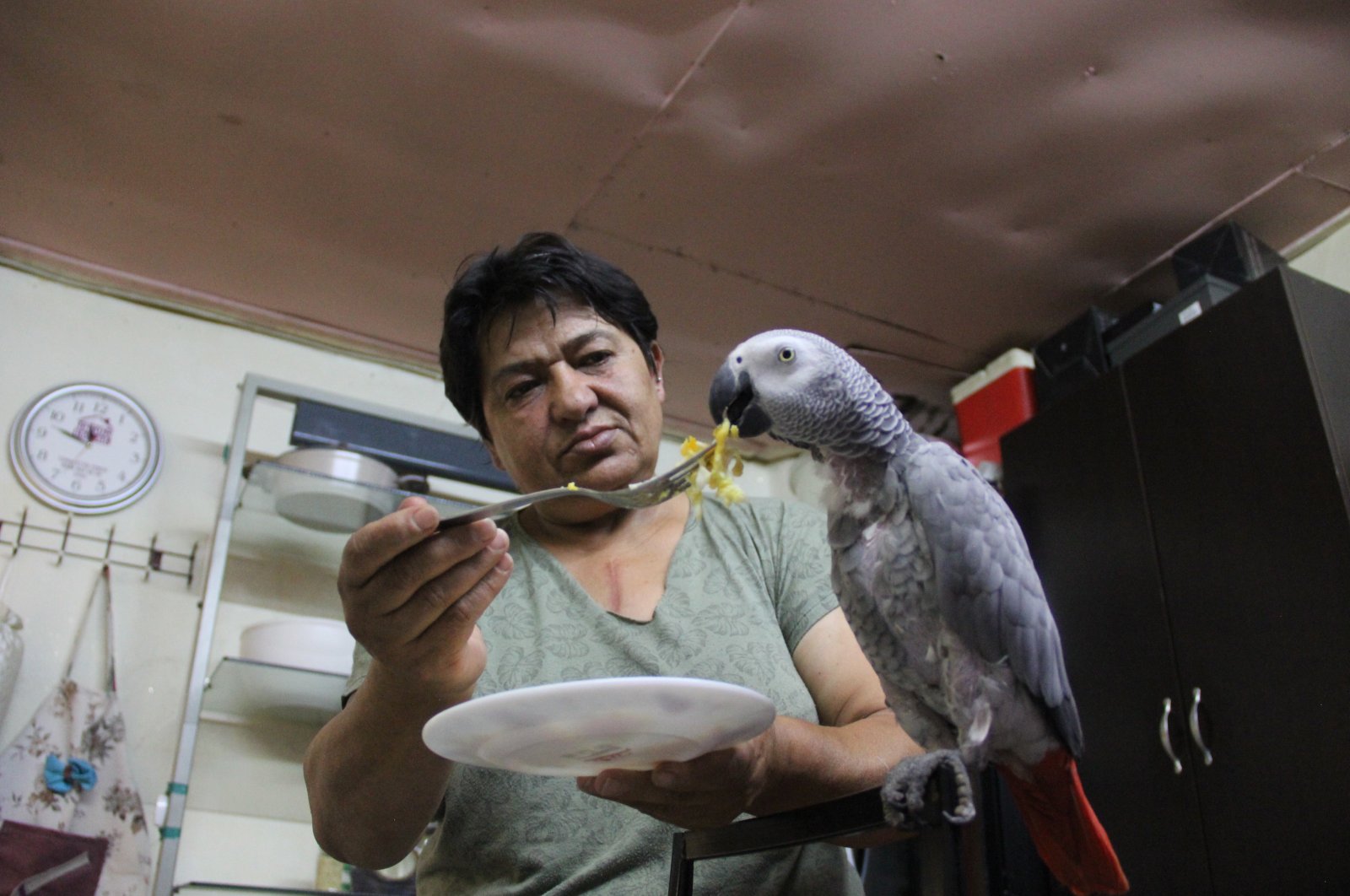 Hateme Karabulut was looking to fulfill the wish of her son when she bought a parrot named “Sabri” 11 years ago. The African gray parrot she purchased with a bank loan has now become an inseparable part of the 60-year-old woman’s life.

Karabulut and Sabri spend almost their entire day together in Zara, a small town in the central Turkish province of Sivas. They go shopping, have meals together and the bird is firmly perched on Karabulut’s shoulder whenever she goes out for a walk. The old woman says that though she lives with her two sons, the parrot became a new member of the family.

“I was visiting a pet shop with my son in Istanbul when we came across (Sabri). I did not have money to buy it and decided to borrow a loan from the bank. It was for my son, but I felt an instant bond with the parrot when I saw it,” she told Anadolu Agency (AA).

“I could not even approach it when we first took it to home. It only started getting used to me in time, only after I patiently spoke to it and started feeding it. It liked me very much later. Sometimes, my sons jokingly got angry with me, like my late husband did and it instantly reacted and tried to attack them,” Karabulut says. Their days were not always uneventful with Sabri as she recounted the parrot disappearing one day after it was disturbed by noise from next door while the family was staying in Istanbul. The family managed to find it, but it went loose again while they were in Zara. “I was so sad when I found out it was missing that I had a heart attack,” Karabulut says.

She ties their heartfelt bond to her constant care for the bird. “I value it very much, and it returns my affection. It won’t eat anything if it sees me eating nothing when we sit down for dinner or lunch. It does not sleep if I don’t. It is more like a baby for me than a bird,” Karabulut says as the parrot utters a loud “anne” (mother in Turkish).

“I don’t trade it for anything, even for another parrot,” Karabulut says.