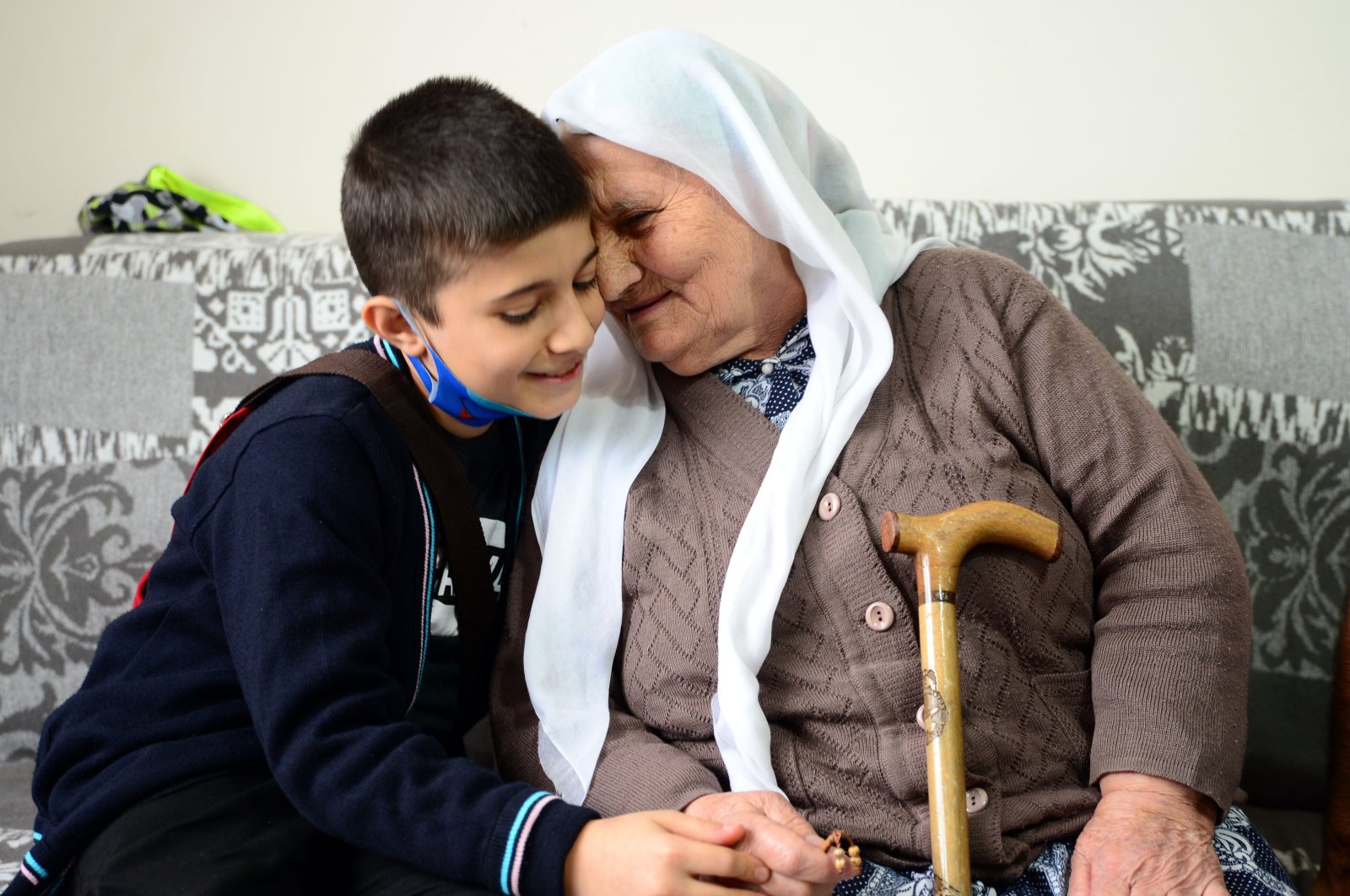 Uprooted from their homeland 76 years ago by Soviet leader Joseph Stalin, Ahıska Turks, also known as Meskhetian Turks, are still pained by the exile and long for their homeland on the anniversary of their deportation.

After World War I, the region, which was now within the Soviet Union, was given to the Georgian Soviet Socialist Republic. This marked the beginning of many years of suffering for Ahıska Turks, like many other Turkish and Muslim communities in the USSR.

Marking the 76th anniversary of the exile, the Turkish Foreign Ministry in a statement on Saturday said, Turkey "shared the pain" of the victims and stood with Ahıska Turks.

"Ahıska Turks who are scattered across nine different countries ranging from the U.S. to Kyrgyzstan and who now number five hundred thousand people, never forgot their suffering and the importance of being united," the statement said.

"As before, we will continue to follow the return of Ahıska Turks to their motherland closely and give necessary support to our kinsmen. We share the pain of our Ahıska brothers and sisters who were forcefully deported, women, elderly and children, without differentiation."

Turkey has been actively involved in facilitating the Ahıska Turks' return to their homeland, as well as granting citizenship to tens of thousands.

Speaking to Anadolu Agency (AA) one of the Ahıska Turks, who lives in Turkey's eastern Bitlis province, said he had to endure decades of being separated from his homeland.

"They treated us cruelly during our exile in Uzbekistan. They burned down our homes and belongings. Then we went to Ukraine and lived there for 22 years. We had some difficulties there but thankfully we are home now," Enver Aydın said, as he thanked Turkish authorities for facilitating his return and giving his family citizenship.

Meanwhile, a survivor of the exile recounted childhood memories of events that scarred him for life. Şükri Anvarov, 87, told AA that he was 12 years old when they were forced to leave their homeland.

Forced aboard windowless wagons used in coal transportation, Anvarov and his fellow Ahıska Turks "traveled by train for 19-20 days in those conditions and arrived in Uzbekistan. They made us wait in a bazaar for three days and then sent us to the villages."

He said the soldiers came knocking at their doors at dawn, rifles in hand, and forced everyone out their houses, breaking their windows.

Recounting that they lived in Uzbekistan with no problems until 1990, Anvarov said they had to leave after a series of incidents in the Fergana Valley, adding, "the Uzbeks threw us out too, though we believe in the same religion."

He emphasized that the Ahıska Turks once again found themselves in disarray and had to migrate to different regions including Kazakhstan, Kyrgyzstan, Russia and Ukraine.

"We came to Nikolayev in Ukraine. We're happy to be living in Ukraine, but Turkey is our home. We want to live there one day," he added.

Under Stalin, the Soviet authorities claimed that the Ahıska Turks had collaborated with Nazi Germany in World War II, when in reality they had actually been on the frontlines with the Russians.

According to reports from international organizations and other sources, 550,000-600,000 Ahıska Turks currently live far from their homeland.

Some have made their way to Turkey, while others are in Kazakhstan, Azerbaijan, Russia, Uzbekistan, Kyrgyzstan, Ukraine and the U.S.

Their return to their homeland, which has been on the agenda for decades since the dissolution of the USSR, has not been resolved since.

Georgia has failed on its part to take concrete steps to resolve the issue despite a law it enacted in 2007 on the return of Ahıska Turks.