Ancient mosque in Turkey's Şanlıurfa opens for prayers after restoration 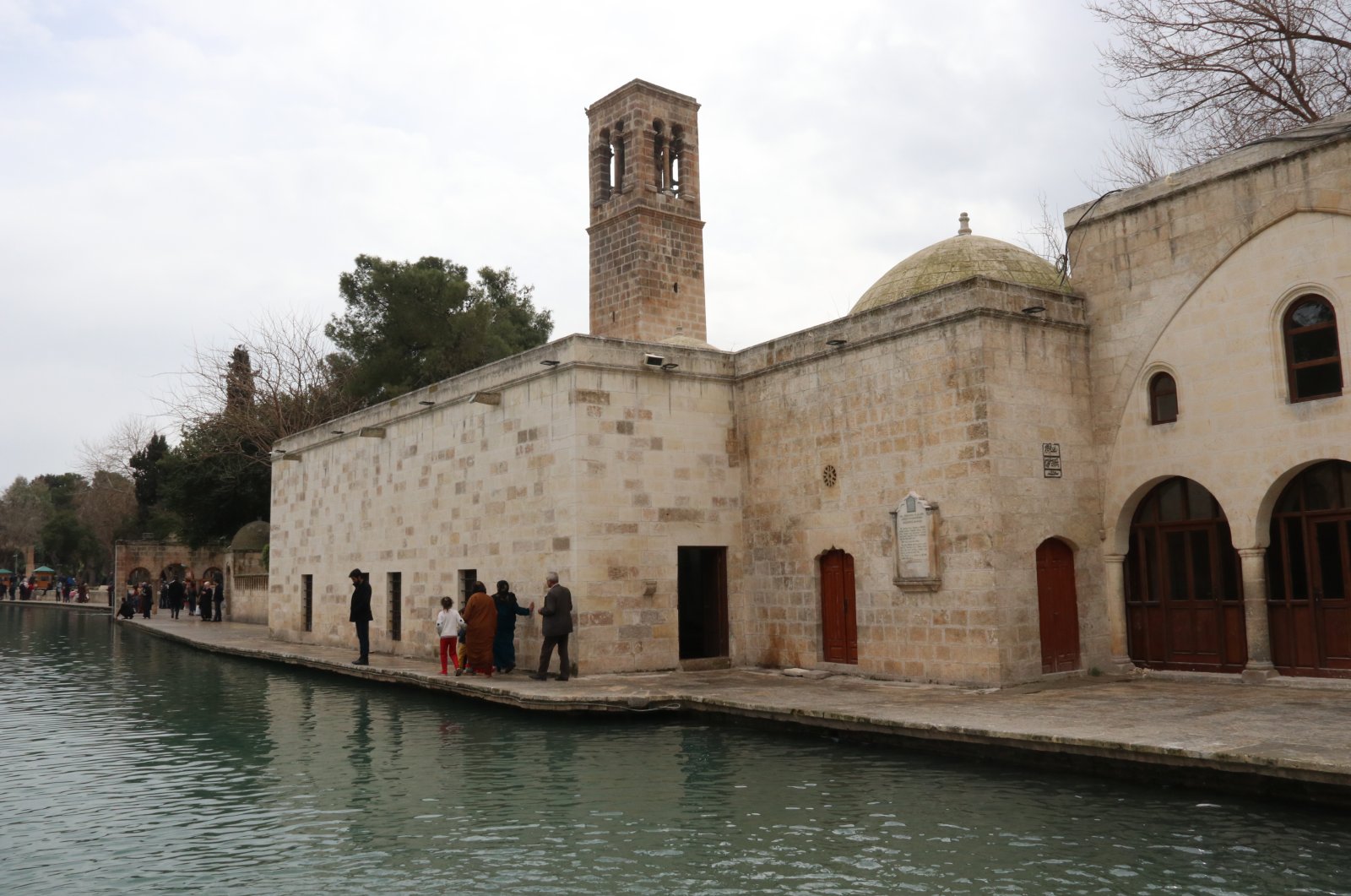 Döşeme Mosque, the symbol of famous Balıklıgöl in southeastern Turkey’s Şanlıurfa, was finally was opened for prayers on Friday, after five years of restoration work.

Also known as Halilurrahman Mosque, the 800-year-old structure welcomed its first faithful in years during the Friday prayers.

An important cultural and historical building, the mosque and the nearby Balıklıgöl draws its importance from legends that the pool near the mosque is where Prophet Abraham was thrown into the fire by King Nimrod. Based on this belief, the fire turned into the pool and the firewood into fish. Hence, Balıklıgöl and the carp fish in this pool are considered sacred.

Built near this sacred site in 1211, the mosque was later converted into a madrasah, a cemetery and a memorial tomb for the Prophet Abraham. The mosque was originally constructed in the 13th century during the period of the Ayyubid dynasty in the area, where the Mother Mary Church was constructed in 504 A.D. by the Byzantine Empire.

An inscription located on the western side of the stone minaret adjacent to the southeast corner of the mosque state that the mosque was constructed in 1211 by the order of Al-Ashraf Muzaffar ad-Din Musa.

It took its present look following a restoration carried out by the Ottomans in 1810 and has been welcoming visitors and believers ever since.

However, over time, the historic mosque began to experience erosion due to infrastructure problems, and the Directorate of Waqfs initiated extensive restoration work on the mosque.