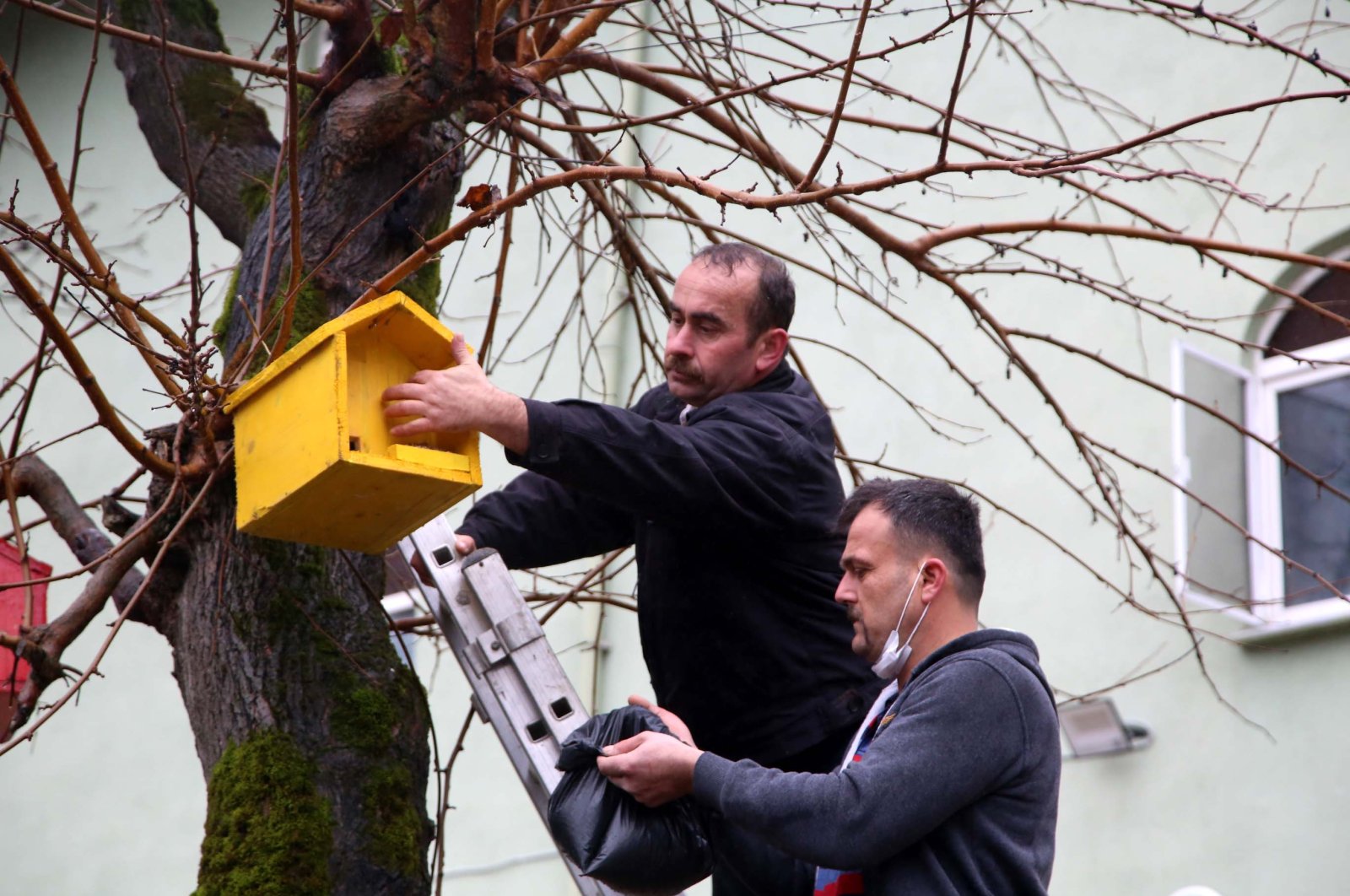 Necmettin Korkmaz, who serves as an imam in a village in the northern province of Kastamonu, has an unusual hobby that combines his work with his love for animals. By using discarded pieces of coffins, he builds birdhouses. Korkmaz is also wanting to take his craftsmanship to the next level and will begin building wooden houses for cats and dogs.

According to Islamic rituals, coffins are only used to carry the corpses to burial sites before they are discarded after serving their purpose. Korkmaz, who works at a mosque in Kavakören village near the district of Çatalzeytin, came up with the idea when unused coffins piled up in the warehouse next to the mosque. Cutting pieces from coffins and piecing them together, he painted them and created birdhouses, before hanging them on the trees around the mosque.

“I was appointed to this mosque more than three years ago and the coffins were here since then. I first thought of dumping them to make space here. Then, I noticed the abundant number of birds in the village. The winter was approaching and they needed somewhere to keep warm. So, I started crafting birdhouses. I made eight birdhouses with the pieces I scrapped from two coffins,” he told Anadolu Agency (AA) Friday. It has been two weeks since he put up the birdhouses and the birds are getting used to their new homes as Korkmaz also puts food for them in the birdhouses.

“The congregation also loved it. They came to pray to the mosque and listen to the cheerful chirping of birds,” he added. Korkmaz says the village is also home to a large number of stray dogs and he plans to make a shelter for them. “I would need more wood but hope timber traders around here will help me,” he said.