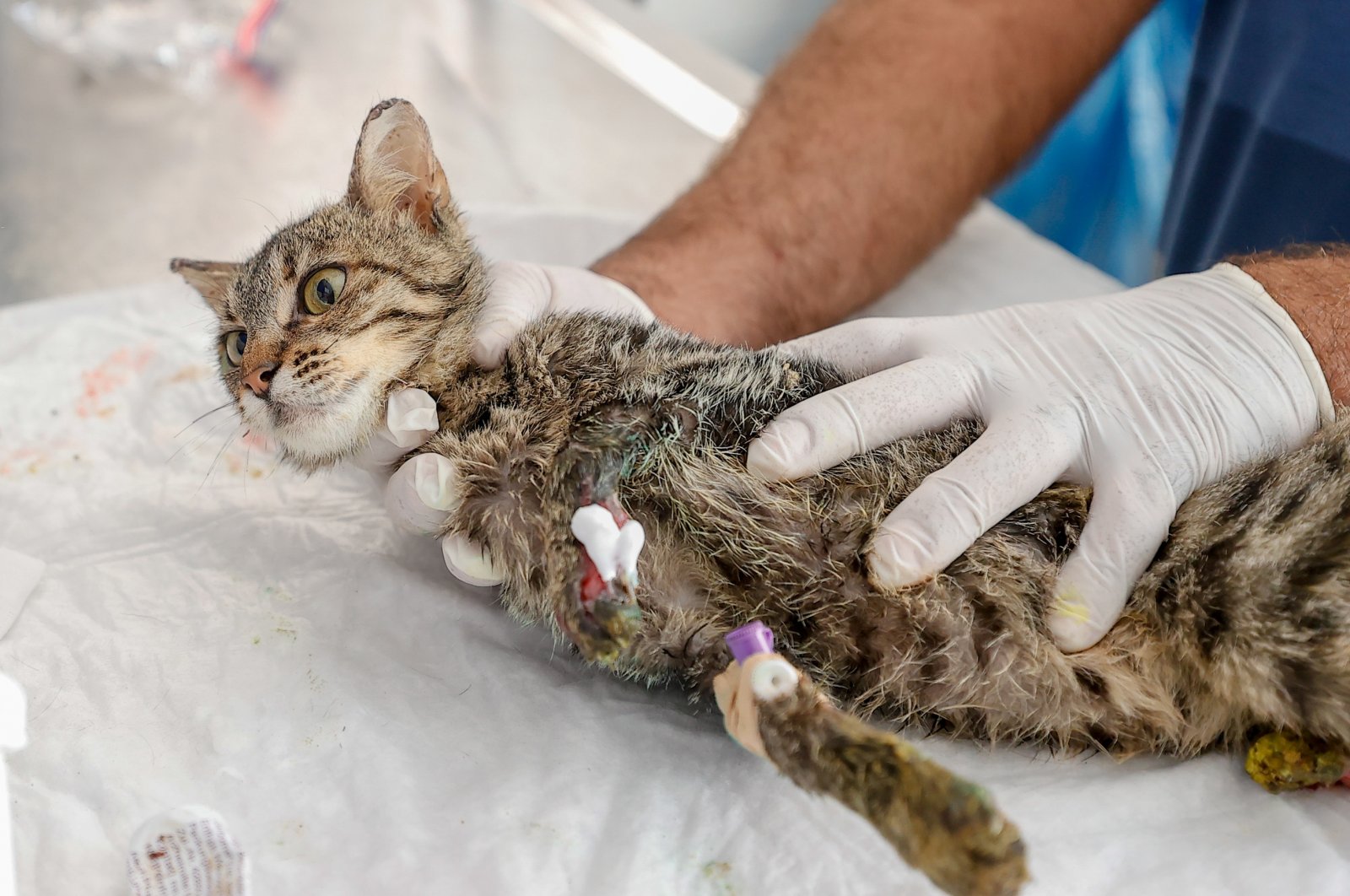 Volunteering vets and animal lovers gave a helping hand to animals who suffered as a result of the forest fires that raged for days in the southern Turkish province of Antalya.

Antalya’s Manavgat was among the hardest-hit places during a lengthy spell of forest fires that began across Turkey late July and continued into the first weeks of August. The fires, which claimed eight lives, also killed a large amount of livestock in rural areas, along with animals who call the forests home and stray cats and dogs caught amid the flames. Others escaped with injuries and trauma. Vets from around the country rushed to the fire-hit areas and set up field hospitals for animals. The Animal Rights Federation (HAYTAP) and Paw Guards charity established two hospitals in Manavgat.

Almost one month after the last fire, cats, dogs, sheep, cows and other species injured in blazes are slowly recovering while animal lovers seek to adopt them.

Paw Guards founder Erkin Erdoğdu told Anadolu Agency (AA) on Monday that their volunteers worked hard to aid animals during the fires, noting that they set up a small hospital inside a municipality animal shelter. The charity also supplied drugs and treatment equipment for the care of injured animals. Local animal owners were given food and drugs for their animals. Paw Guards oversaw the cataloging of animals rescued from fires and returned them to their owners after their treatment was completed. Stray dogs and cats treated at the hospital were given away for adoption. The charity also worked in Muğla, a neighboring province of Antalya that was embattled with forest fires around the same time and delivered aid for animals there throughout the disastrous blazes. Wild animals also benefited from the aid work of animal lovers. Erdoğdu said they used thermal drones and equipment to detect and rescue reptiles and animals endemic to the forests. Nisa Türkkan, a Paw Guards official, says they had some 300 volunteers in the field during the fires. “We rescued a large number of squirrels, goat, sheep, cows, cats, dogs and turtles. We witnessed the miraculous survival of some animals. Some had lost limbs and others had heavy injuries,” she recounted. Türkkan said they received a barrage of requests for adoption.

Zafer Erkan, a vet working at a shelter in Manavgat for stray animals, says most of their patients inside the clinic at the shelter sustained burns and smoke inhalation that damaged their lungs. “We received animals both our crews found and brought by locals. We had some 4,000 cases and some 70% of them recovered,” he said.