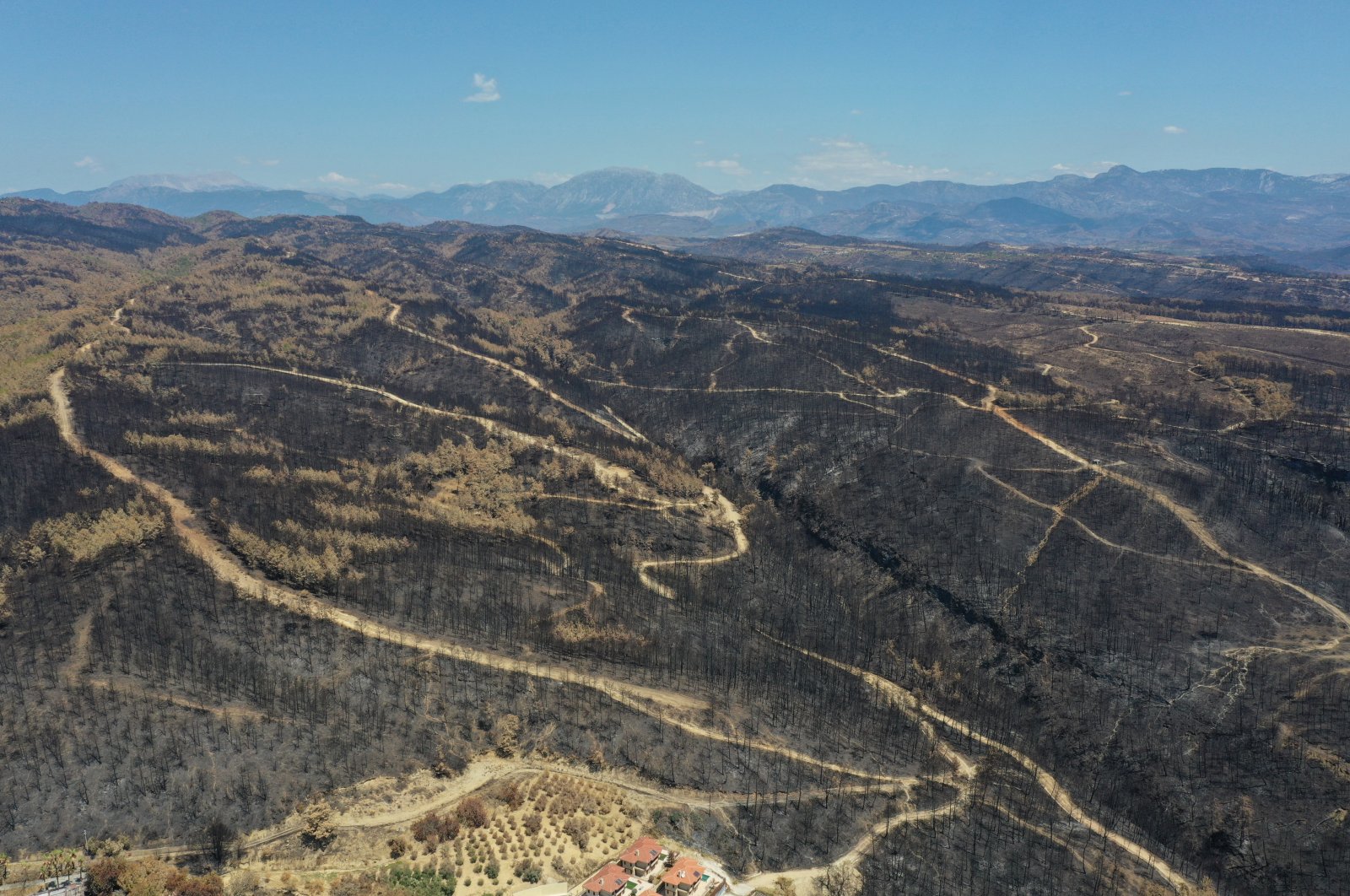 Agriculture and Forestry Minister Bekir Pakdemirli had good news on Thursday for the nation mourning the loss of thousands of hectares of forests to wildfires, stating that the last large-scale blaze in the Köyceğiz district of Muğla had been brought under control.

“We managed to bring Köyceğiz fire under control with the great efforts of heroes of forests,” Pakdemirli tweeted, referring to firefighters. The minister said the blaze was the last in a chain of fires that began on July 28 and lasted for 15 days, describing them as “the biggest forest fires in our history.” Pakdemirli said the Turkish nation united for the forests against this “major catastrophe” and thanked everyone involved, from the president to countries sending support for firefighting efforts. “We are hurt but rest assured, we will make our forests green again,” he added.

On Wednesday another wildfire broke out in the Bucak district of Burdur, north of Antalya, but firefighters managed to contain it in one day. Six suspects accused of starting the fire were detained, authorities announced.

The wildfires came amid soaring temperatures in the Mediterranean region of the country. Coupled with strong winds, temperatures posed a challenge to the 5,000 firefighters equipped with scores of water bomber planes and helicopters working around the clock to extinguish the flames.

The first major blaze appeared in Antalya's Manavgat district on July 28. Soon, other fires followed in neighboring Muğla. Both provinces are home to popular resort towns. Hundreds of people were evacuated in Muğla and Antalya by land and sea. The fires devastated Manavgat the most, where entire villages were devoured by flames, leaving a large number of people homeless. According to figures from Anadolu Agency (AA), an area of 30,000 hectares was devastated by fires in Manavgat, while another 18,600 hectares succumbed to wildfires in the Marmaris and Bodrum districts of Muğla. Authorities are still working out the total area of the damage. Overall, more than 280 fires in dozens of provinces were reported since the last week of July. These fires were not as devastating as the fires in the Mediterranean region and were quickly brought under control.

Nine people were killed in the fires in Antalya and Muğla. The fires took a heavy toll on wildlife and livestock too. In seven cities where the damage assessment has been completed, nearly 5,000 cattle, some 8,000 beehives and around 30,000 birds were wiped out.