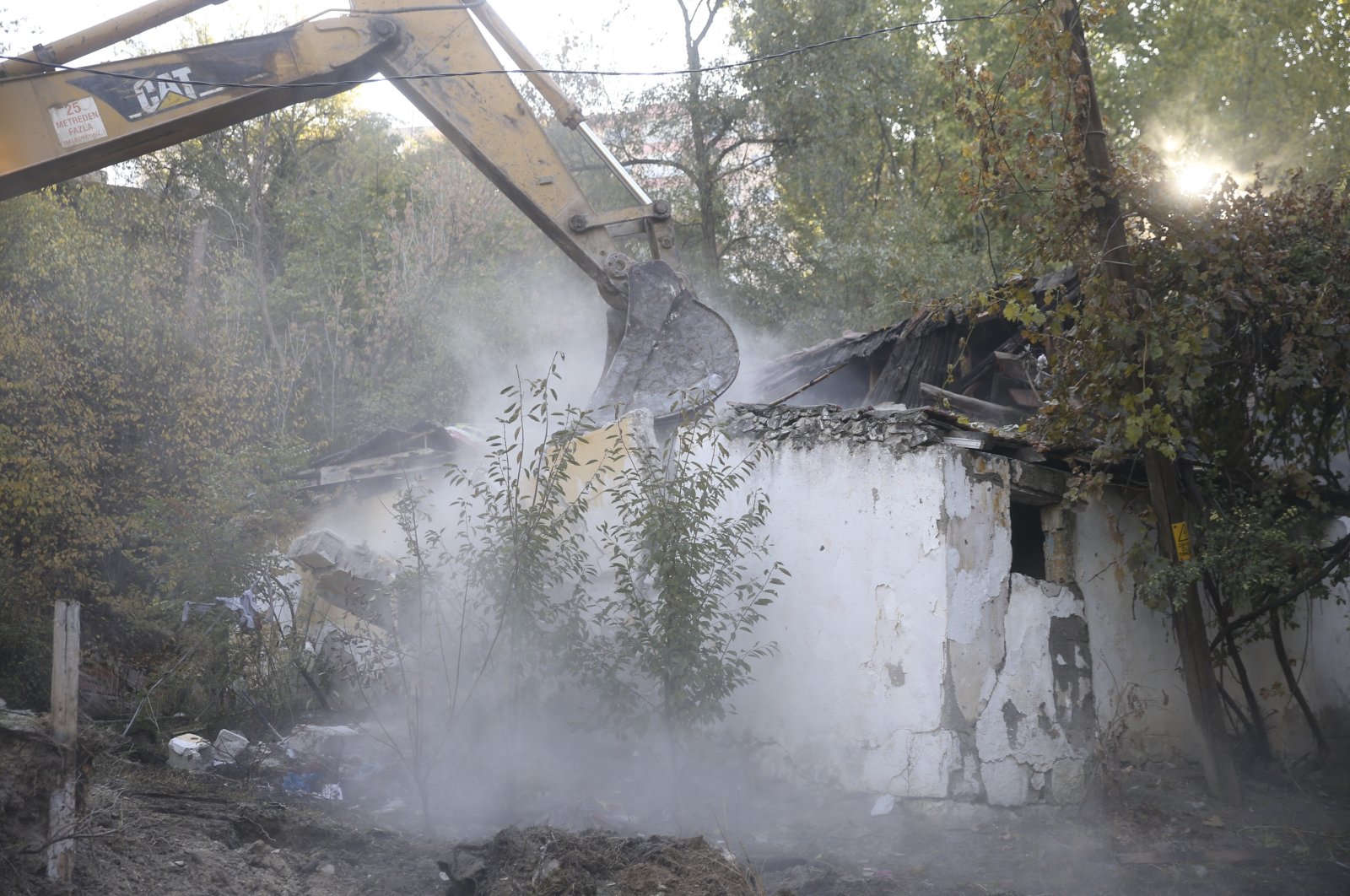 Locals have long been campaigning for the demolition, complaining about squatters involved in illegal activities.

Çankaya District Governor Hüdayar Mete Buhara told Anadolu Agency (AA) on Thursday that unused buildings in the area created “social and security problems” and said there were some 224 buildings and more than 100 small, empty sheds and tents.

“Interior Minister Süleyman Soylu personally monitors the situation. This was something on the agenda in the ministry’s meetings in the fight against drug use. We hope this demolition program will not be limited to Çankaya and will be applied in other parts of the capital,” he said.

“We will clear these places where people take drugs and prostitution is common and make those neighborhoods a better place,” he said.

Mustafa Koç, head of the Ankara Metropolitan Municipality’s Municipal Police Department, said there were 38 locations across Ankara housing clusters of decrepit buildings and that they demolished 220 shanty houses and 154 sheds in the Şirindere area on Thursday. Koç said some buildings housed the homeless, such as garbage collectors, who were provided with alternative accommodation elsewhere.

Abandoned buildings have been a target of the Interior Ministry over the last couple of years as the government seeks to curb drug use. According to a survey by the ministry, 24.6% of drug users in the country take drugs in empty, abandoned buildings.