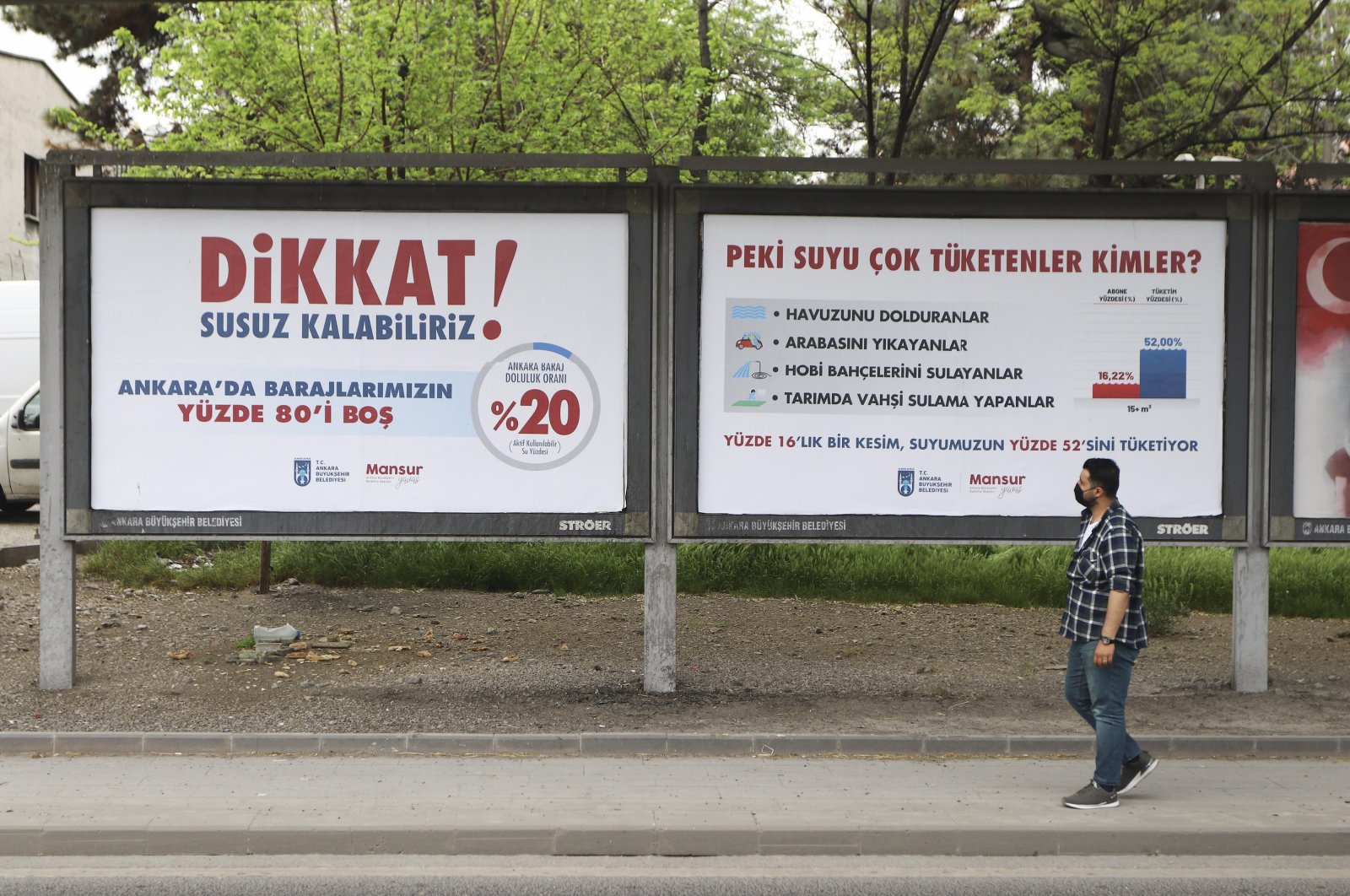 “We could be without water, 80% of our dams are empty,” an ominous message adorning billboards in the capital Ankara warns. Courtesy of the capital’s municipality, posters explaining the causes of the water shortage are serving as a dire warning to the more than 5.6 million people living in the capital.

Even after a dry spell was experienced throughout much of winter, Agriculture and Forestry Minister Bekir Pakdemirli assured the public that Ankara, along with Istanbul and the country’s third-largest city Izmir had adequate water resources and would not suffer any scarcity.

Yet, the municipality points out that water levels are now terribly low in the capital and the blame lies with people who are using water excessively, from those filling their private swimming pools, washing their cars and watering their “hobby gardens,” to those using wild flooding (the free flow of water in an uncontrolled way) in agricultural irrigation. Posters erected by the municipality lament that “16% of the population is consuming 52% of our water."

The municipality had sought a change to water bills at a city hall meeting last week but the municipal assembly rejected the proposal by Mayor Mansur Yavaş, on the grounds that it would raise water bills. Yavaş had proposed charging only TL 1 ($0.12) per 1 cubic meter of water for families relying on financial aid and TL 7.5 and higher for subscribers using 10 cubic meters of water or more. Assembly members from the Republican People’s Party (CHP) and the Good Party (IP) whose Nation’s Alliance backed the mayor, defend the move, saying it would deter excessive water use, noting that it would also be a relief for the 25% of the population living on meager incomes.