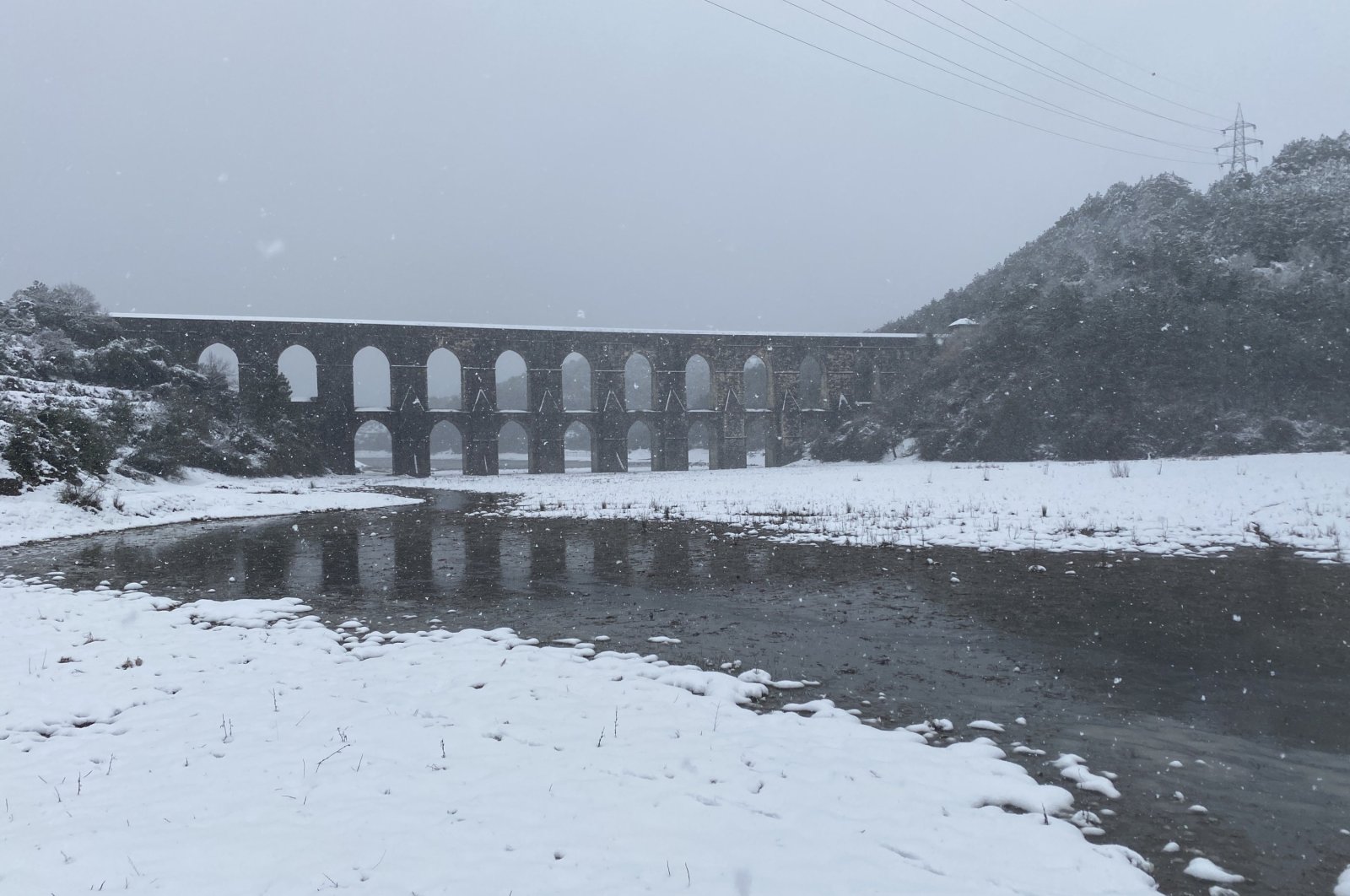 Amid a dry spell that fueled drought concerns, public worries about a water-scarce summer were high in Turkey’s big cities, until precipitation started to take hold, bringing unusual weather for this time of year. Agriculture and Forestry Minister Bekir Pakdemirli further alleviated concerns on Wednesday, saying that water supplies to the capital Ankara, Istanbul and the country’s third-largest city Izmir were adequate and all three would not suffer from such a scarcity.

Pakdemirli shared the latest statistics about dams in those cities in an interview with Anadolu Agency (AA) on Wednesday. “Overall water levels were at 58% on March 31, 2020, and this only dropped to 52% as of today. We also see a drop in water levels of dams serving irrigation purposes,” he said. However, he added that except for Ankara, water levels were satisfactory for Istanbul and Izmir. “In Istanbul, we have a 72% water level, enough for seven and a half months (without precipitation) and levels in Izmir dams are around 76%, higher than last year’s numbers. Ankara lags behind them with 12% but we rely on a new water transmission tunnel (that supplies water to the capital from northern regions). It supplies 360 million cubic meters of water out of the 400 million Ankara needs yearly. Combined with precipitation, there won’t be any scarcity,” Pakdemirli said.

The threat of drought loomed large in big cities where water levels diminished last year. The government readied an action plan in the face of imminent drought and aims to introduce measures to increase the efficient use of water and curb the decline in water resources in underground dams. Around 150 dams will be built in line with the plan to prevent the vaporization of underground water. Dams will be built where water preservation is needed, and each is expected to cost up to TL 10 million (around $1.2 million). The municipalities will be supported in their infrastructure projects to replace old water pipes which cause water wastage. The plan also includes a public awareness campaign to encourage more efficient use of water for daily needs like bathing. Experts suggest other methods are to be included in the plan, like rain harvesting.

Pakdemirli said climate change is affecting Turkey like other countries, pointing out that the country was going through the “warmest period” of the decade. “We saw a meteorological drought last year and this has continued in 2021. We are situated in the Mediterranean ‘belt’ where agricultural drought risk is always high. Our projections on climate change show water scarcity will be evident in the Euphrates, Tigris and Konya basins in the next eight decades. But there will be excessive water in the eastern Black Sea region, in the Çoruh basin and we will have adequate resources in the western, southern and eastern basins,” he said.

But the risk prevails, according to the minister, who added that Turkey had “20% less precipitation,” compared to previous years. “We have to be prepared against the possibility of even lower precipitation,” he warned.