Another day of nationwide inspections in Turkey helps fight COVID-19 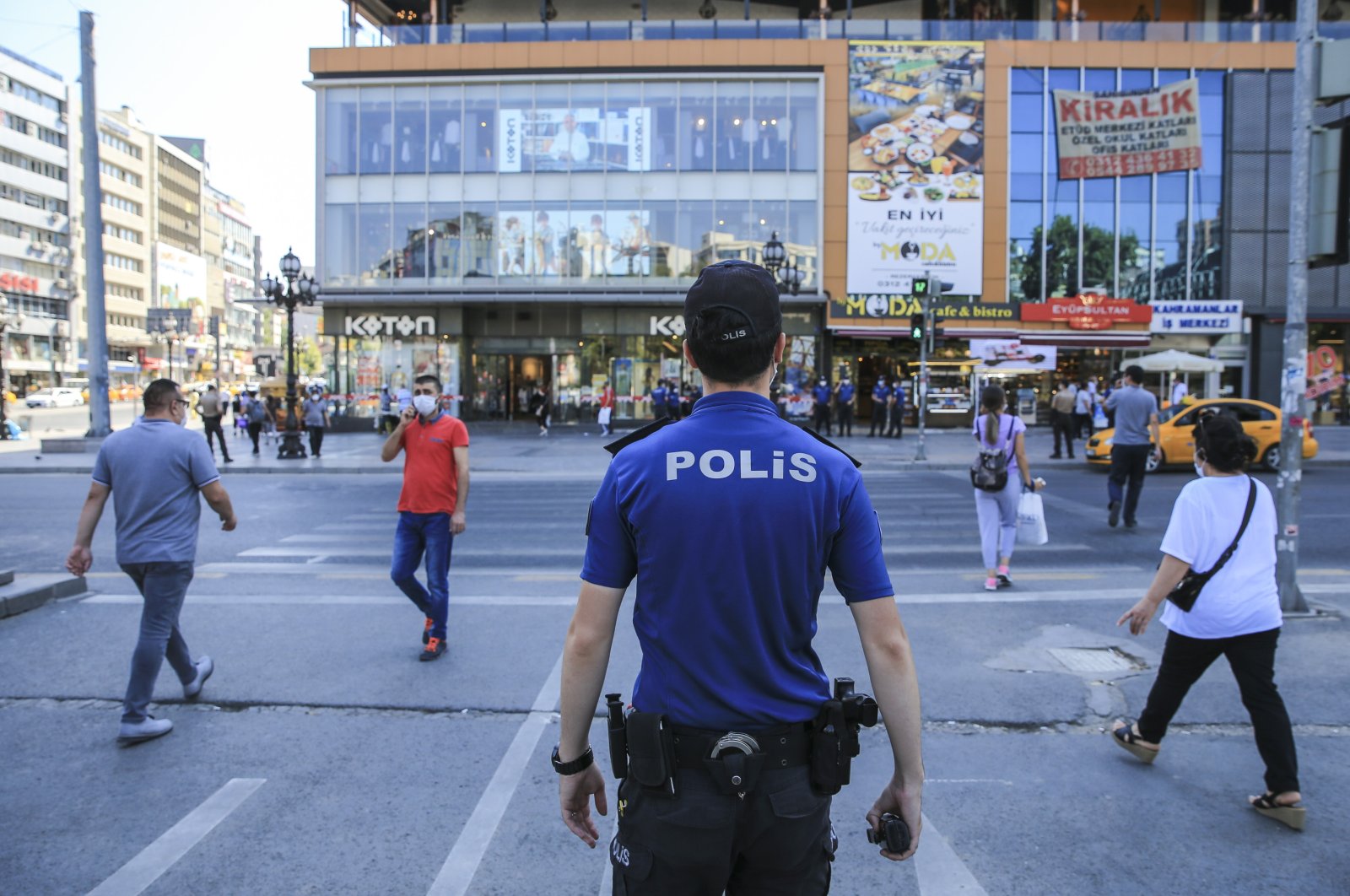 Although coronavirus cases have entered a stable phase, Turkey is wary of the challenges ahead and launched another day of nationwide inspections against violations of the rules guarding against the outbreak

"No caution is too much" has been the unofficial motto of Turkish authorities since the coronavirus outbreak made its way to Turkey in March. After months of rising numbers, the country managed to decrease the fatalities and daily cases and now appears to be in a stage of the outbreak where the caseload and deaths are not surging. Concerned that the public might drop their guard amid this new normalization period, the government launched a second day of nationwide inspections in two weeks. Authorities, from governors to police officers, were on the streets on Tuesday to check whether the people in 81 provinces adopted the rules, namely, mask requirements and observing social distancing of at least 1.5 meters (5 feet).

This summer, which began with the normalization process after two months of strict measures against the pandemic, saw more people ditching the rules, prompting authorities to enforce heavy fines. Officials, including Health Minister Fahrettin Koca, lament that people confuse “controlled social life” or the resumption of daily life with measures against the virus, with a return to the days prior to the pandemic taking its toll on the country.

The Interior Ministry, which first launched simultaneous nationwide inspections last Wednesday, rolled out the second round of nationwide mass inspection, from streets to hotels, from shopping malls to marketplaces, and from restaurants to beauty salons. From the highest-ranking officials such as governors to the headmen of neighborhoods, officials participated in the inspections held under the motto “For Health, For All.” Inspectors issued warnings for those not complying with rules while police officers distributed free masks for those not wearing them. Fines were issued for those violating the rules. The ministry plans to continue mass inspections in the coming days as well and allocate separate weekdays for flash inspections for different venues.

Turkey on Monday confirmed 1,193 additional cases of COVID-19, raising the total tally to 241,997, according to Health Minister Fahrettin Koca.

"The daily test count is close to its highest level during the pandemic. The ratio of active patients aged 60 and over to the total patients ranges between 20%-25% in the country," Koca said on Twitter, citing Health Ministry data.

The country confirmed 1,211 more recoveries from the coronavirus, raising the total to 224,970, Koca added.

Health care professionals conducted 62,219 tests for the disease over the past day, taking the tally to over 5.32 million.

For the central province of Kırıkkale, which was picked as a pilot location for a new set of measures for effective oversight of outbreak-related rules, inspections paid off. Gov. Yunus Sezer said almost 98% of the population complied with mask requirements. Sezer said the Provincial Pandemic Inspection Center which was set up as a pilot application had 100 teams for inspections and some 8,000 businesses have been inspected multiple times since the center started its operations last week. “We are inspecting places with crowd potential like wedding halls, street weddings, cafes, mass transit vehicles. I thank all our citizens here in Kırıkkale that they largely comply with mask rules. People are also more cautious to adhere to social distancing, for instance, in wedding parties,” he told reporters Wednesday.

Another province that saw stricter measures paying off is Gaziantep in southeastern Turkey. Famed for its cuisine, the province saw rapid rises in coronavirus cases in recent weeks, often placing it in the top five cities for high COVID-19 cases. The rise in cases in the past one and a half months triggered mass inspections and better measures. Some 70,000 people were fined in one month for ignoring coronavirus measures. Authorities also took other measures like limiting wedding parties where clusters of virus cases were seen, while other mass events like ceremonies to send off conscripts to the army and mass visits to pay condolences were banned. An average of 1,500 people are now being tested daily while some 700 inspectors, flanked by volunteers, tour the city daily to monitor compliance with measures. Koca announced a 10% drop in the average number of daily cases in one week in the city.

Gaziantep Gov. Davut Gül told Anadolu Agency (AA) on Tuesday that they have been quite busy in fighting the coronavirus recently and strive to fully adhere to instructions. “We wouldn’t do it if people followed the rules. It is clear what happens if you comply with them. The best we could do now is not to drop guard and follow the rules even more strictly,” he said.

The city also owes its success to contact tracing work. Along with the Health Ministry’s contact tracing crews, every neighborhood maintains its own assistant contact tracers, from teachers to imams, who check up on COVID-19 patients isolated at home as well as the people they contacted with who are ordered to self-quarantine.

As the outbreak spreads primarily in crowded areas, police have taken up a new duty: inspecting wedding parties. Police officers, who used to visit such parties before the pandemic only in the case of a crime, are now among regular “guests” to see whether the partygoers and organizers heed the rules regarding the pandemic. They check mask requirements and inform partygoers on how to protect themselves from the virus.

Weddings pose a risk of a cluster of cases, especially due to traditional mass dances performed at Turkish weddings. Police officers attending parties fine dancers who get too close to each other.