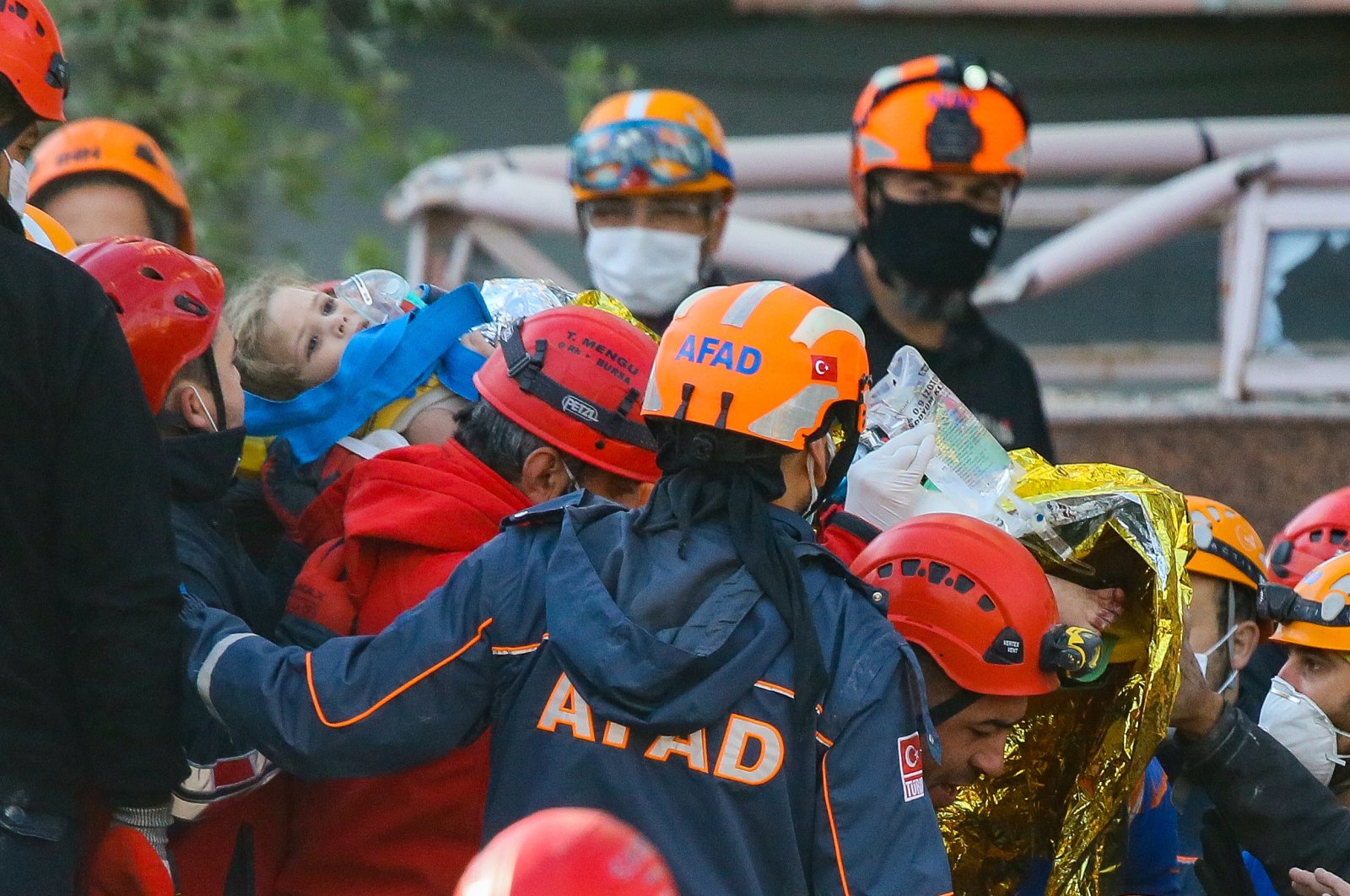 Rescue teams saved another child from the rubble 91 hours after a magnitude 6.6 earthquake struck Turkey’s Izmir province, as the death toll from the deadly quake surpassed 100.

Three-year-old Ayda Gezgin was saved after rescue teams heard her screams under the debris in Izmir's Bayraklı district.

Nusret Aksoy, a rescue worker from Istanbul's Kadıköy District Municipality, told reporters that the little girl was found in the kitchen, stuck in a triangle of safety in front of a dishwasher.

He said Gezgin was conscious at the time of her rescue.