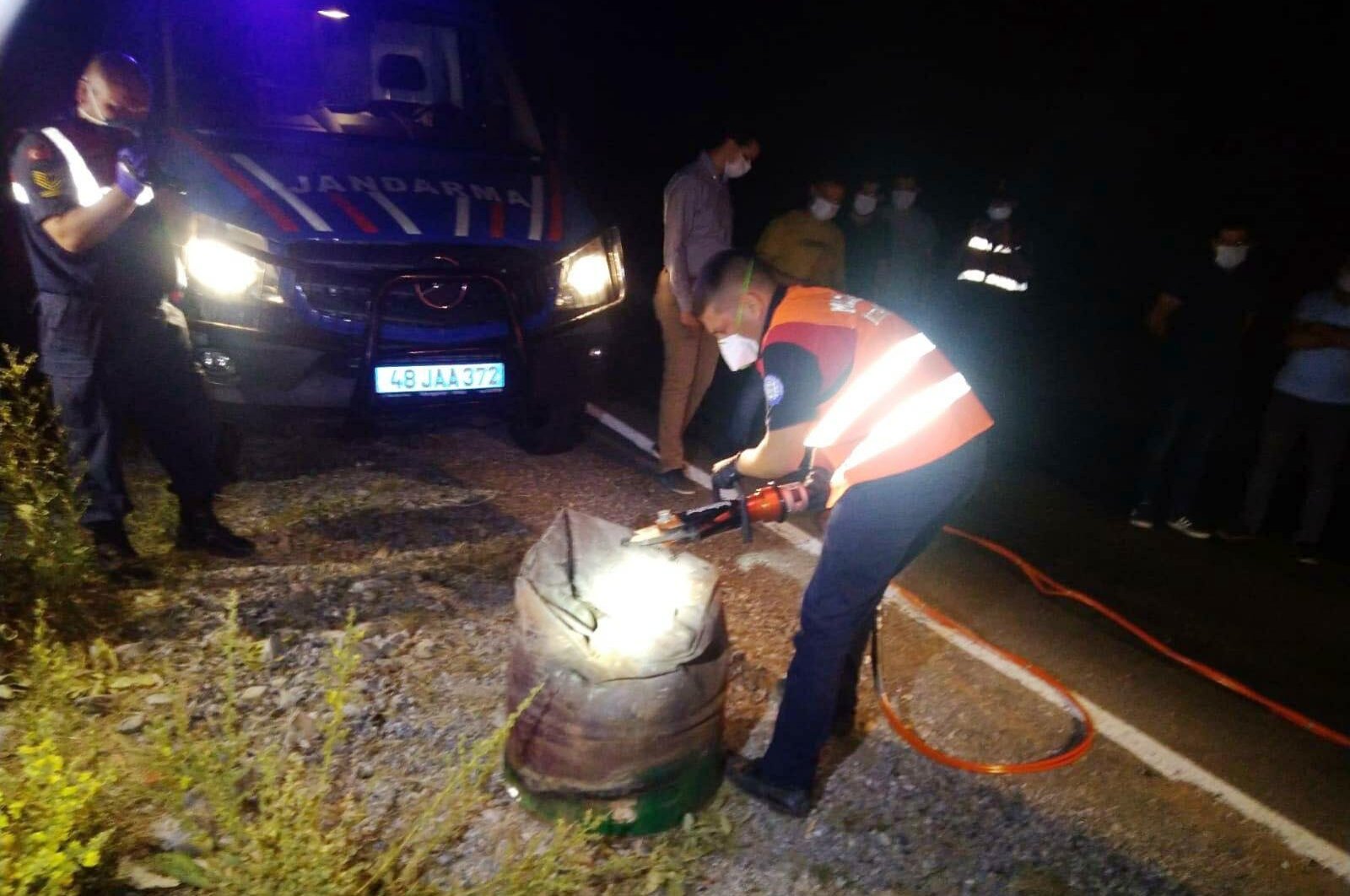 As Turkey strives to lower the rate of women murdered by their partners, another woman was added to the list of victims killed by their spouses. The body of 27-year-old Pınar Gültekin, a university student living in the southwestern province of Muğla, was discovered on Tuesday after she was reported missing on July 16. The murder renewed online protests against women’s murders.

Police detained Gültekin’s former boyfriend Cemal Metin Avcı after he confessed to the murder. Gültekin's body was found buried inside a barrel in a forest in Muğla’s Menteşe district. Avcı initially rejected accusations but admitted to the murder after security camera footage showing him near the site of burial emerged. The footage showed Avcı filling a can of gasoline.

He said he killed Gültekin when she rejected his offer to get back together after the couple broke up. Avcı said he strangled Gültekin to death and wanted to burn the body but could not do it. He said he then decided to put the body inside a barrel and bury it.

Domestic violence claimed the lives of innocent 932 women between 2016 and 2018. Turkey is striving to eradicate the disturbing phenomenon by increasing prison terms for perpetrators and awareness campaigns denouncing violence targeting women, a product of a twisted patriarchal mindset. Forty women were killed in the first two months of 2020, according to the latest available data.

Zehra Zümrüt Selçuk, Minister of Family, Labor and Social Services, said on Tuesday that her ministry would be a plaintiff in the case against the suspect.

“Another life is lost. We will be plaintiff in the case and will monitor the legal process for the murderer to be sentenced with heaviest sentence possible,” Selçuk said in a social media post.

Social media users also widely denounced the murder. Most users shared the simple message of “enough!” accompanied by a smiling photo of Gültekin while others shared names of women whose murders by spouses made headlines in recent years, accompanied by petitions calling for legal change..