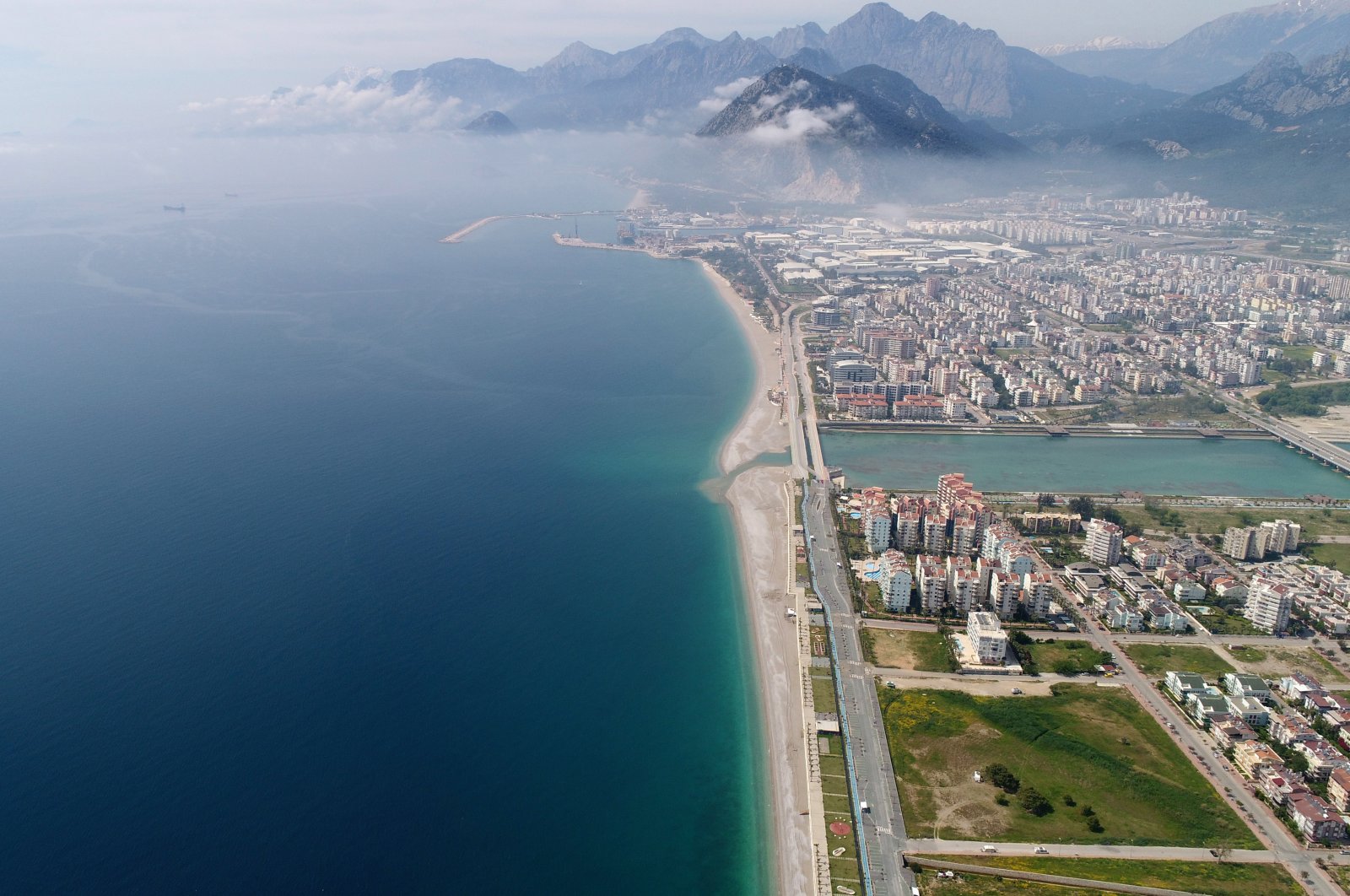 Coastal erosion has reduced the width of Turkey’s famous Konyaaltı Beach in the southern Mediterranean resort city of Antalya by 35 meters over the last 60 years.

Images have shown that it is not even possible to lay down a towel in the areas worst affected by the phenomenon.

According to a study by Nihat Dipova, a professor of geotechnics at Akdeniz University (AU), there are three main reasons behind the occurrence.

“There was erosion before, but since the port built in the '60s this has gained momentum. The port's jetty is full of sand and gravel which is supposed to reach the coast,” Dipova said.

He added that the rate of erosion was linked to sand and rock quarries in the region, as well as the lay out of the Boğaçay recreation area project along the coast.

The 7.5-kilometer, blue flag public beach is located near the center of the city of Antalya and is a main attraction for sunbathers and swimmers.

Dipova also used satellite images to show the area lost to erosion. In his view, the coastline retreated by 19 meters between October 2018 and August 2019 alone.

The academic has previously stated that as the pond area of the Boğaçay project was being constructed, the pond began to fill with coarse-grained sediments, which likely washed downstream from the quarries to the north, causing aquatic plants to grow in excess.