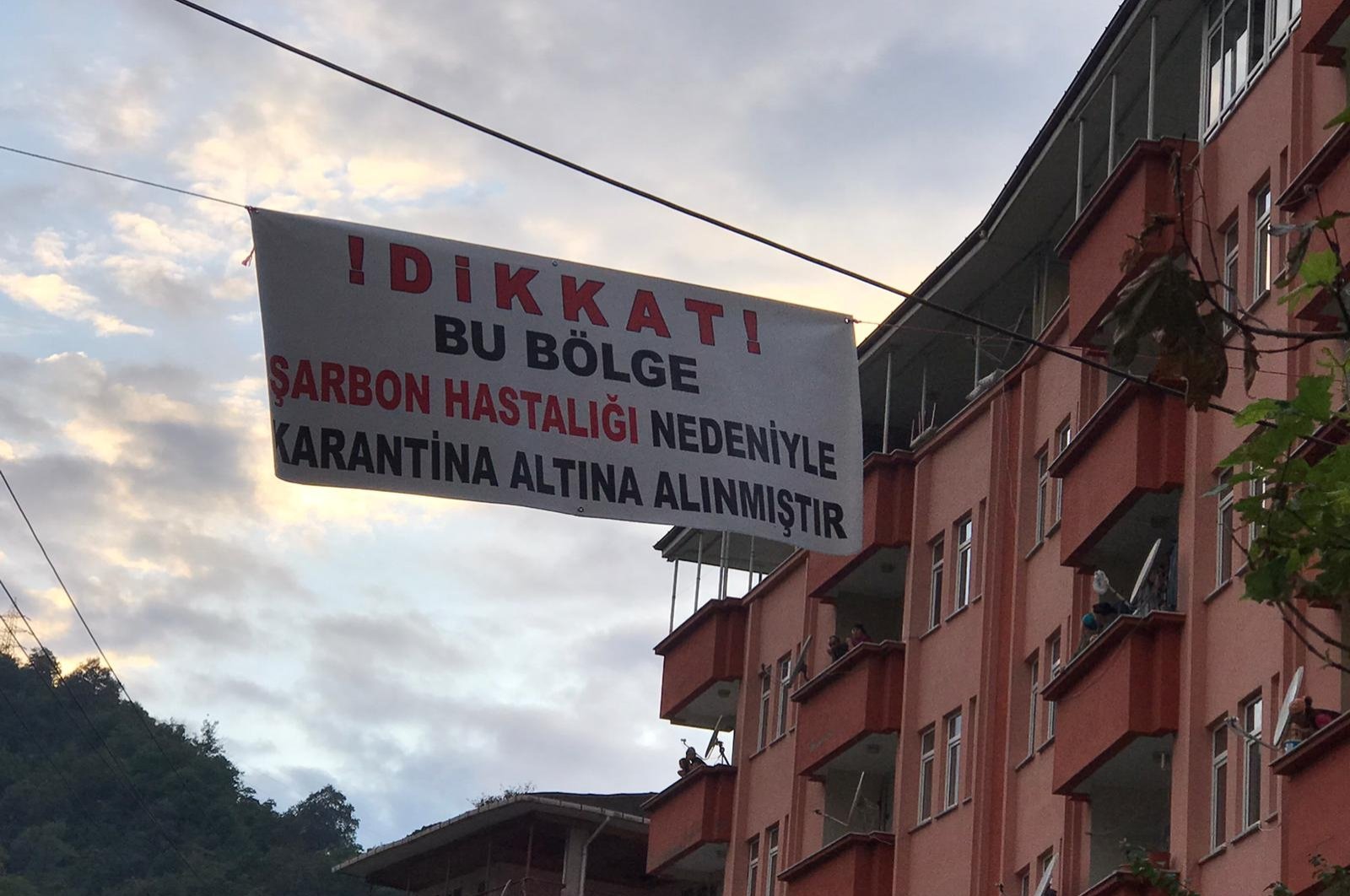 A sign reading "Attention! This place is quarantined due to anthrax" hangs between buildings in the Sürmene district in Trabzon, northern Turkey, Aug. 18, 2020. (DHA Photo)
by DAILY SABAH Aug 18, 2020 3:59 pm

A neighborhood in northern Turkey was placed under quarantine over suspicion of an anthrax outbreak among livestock. Local authorities declared a quarantine for Yemişli in the Sürmene district of the Black Sea province of Trabzon on Tuesday. An unspecified number of people fell ill after eating meat from a bull suspected of having the disease. An investigation is underway.

The local branch of the General Directorate of Food and Control said in a written statement that samples from the slaughtered animal were being examined. Initial results pointed to anthrax. Meat from the animal that had not been consumed was destroyed. Meanwhile, other cattle that have not been infected are being vaccinated against the disease.

Anthrax, an infection caused by the bacterium called Bacillus anthracis, is commonly seen in animals that accidentally consume the bacterium’s spores while grazing. It affects the skin and lungs in humans. Though it cannot spread directly from person to person, clothing and bodies contaminated with anthrax spores pose a danger to human health. In 2018, two rural neighborhoods in Istanbul were quarantined over an anthrax scare that led to the hospitalizations of six people who suffered from skin lesions.