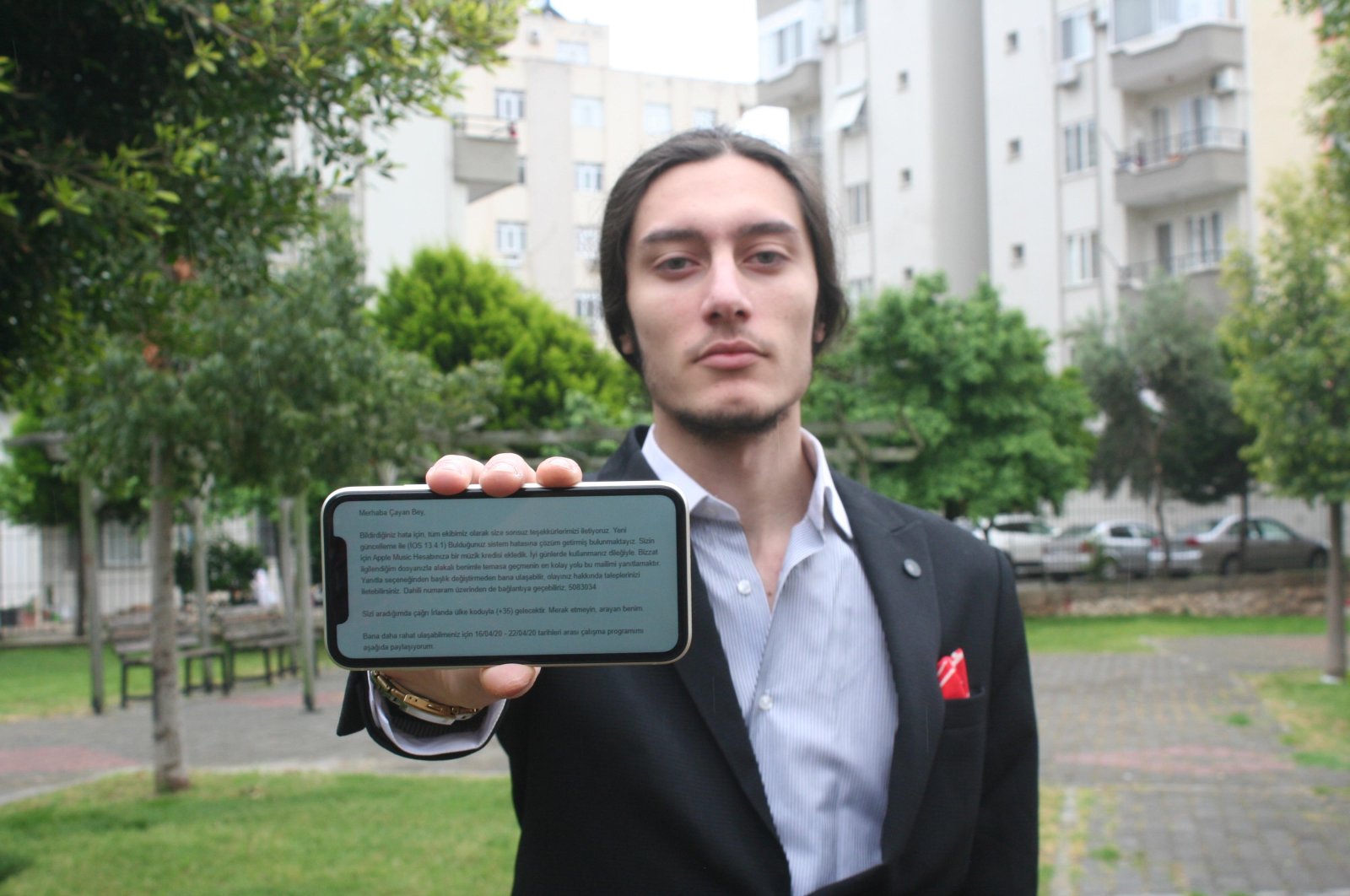 Çayan Temel, a young Turkish man who previously made headlines for discovering bugs in Apple products, found out a new flaw, allowing the free download of music videos and films. In exchange, Apple Inc. sent a gift of a music video worth TL 1.50 ($0.21) to Temel and fixed the bug.

Temel says the company sent him a thank-you e-mail and fixed the bug. “They also sent me a music video for free,” Temel told Demirören News Agency (DHA), calling the gift “preposterous.”

The 21-year-old who lives in the southern province of Mersin, says he started looking for software flaws five years ago. “I was looking up for downloading paid mobile games for free and I did it. Soon, I found myself digging up for flaws particularly in Apple software,” Temel says.

Last year, Temel and his friend Oğuz Akçay had discovered a loophole in the confidentiality agreement between Netflix and Apple. According to the agreement between the two companies, Apple’s screen record feature is disabled while watching movies or series on Netflix. However, the two friends were able to record 4K quality videos while watching Netflix. Apple has offered a $200,000 payment for the two men if they help fix the loophole but the duo has rejected, calling the offer too low.