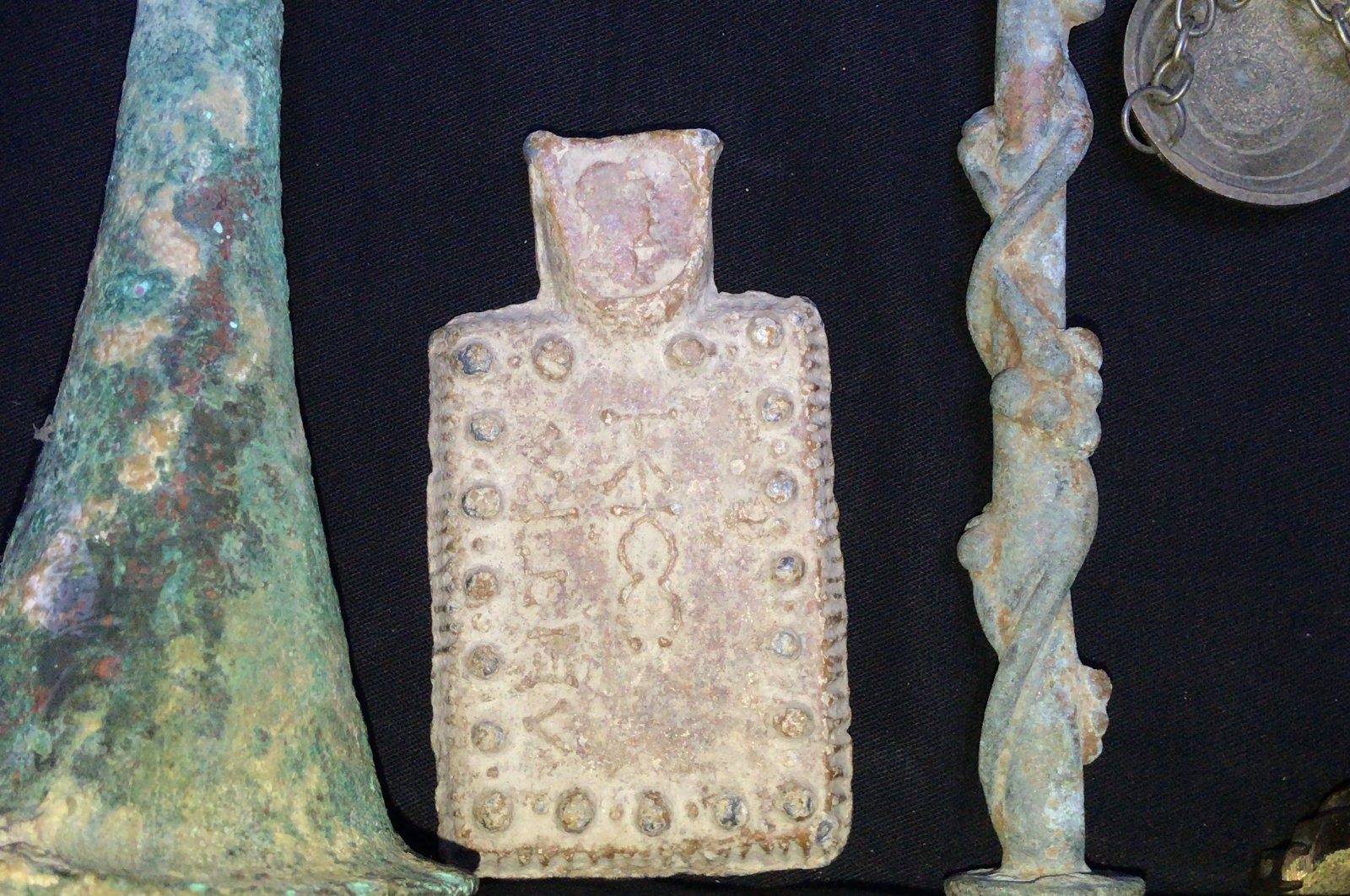 Police in Turkey's southern province of Adana raided several locations on Thursday in an investigation looking into smugglers. They seized 2,428 historic objects believed to date back to the Roman and Byzantine periods, including what is believed to be the "world's first medical diploma."

The small clay tablet featuring a carved inscription is among the trove of artifacts that includes 2,325 coins, 18 statuettes, arrowheads and other objects.

Authorities said the two suspects who were detained in operations in Adana’s Seyhan district intended to smuggle the artifacts abroad.

Thousands of anti-smuggling operations are carried out across Turkey every year in a bid to halt the illegal sale of historical objects and protect the country's rich cultural heritage. The issue is crucial to a country that is home to roughly 3,000 ancient cities from 42 civilizations and whose tourism industry relies on its rich historical heritage to attract millions of foreign visitors each year.

Turkey also works to repatriate smuggled artifacts from abroad. According to data by the Ministry of Culture and Tourism, 4,310 historical artifacts were returned to Turkey between 2004 and 2018.