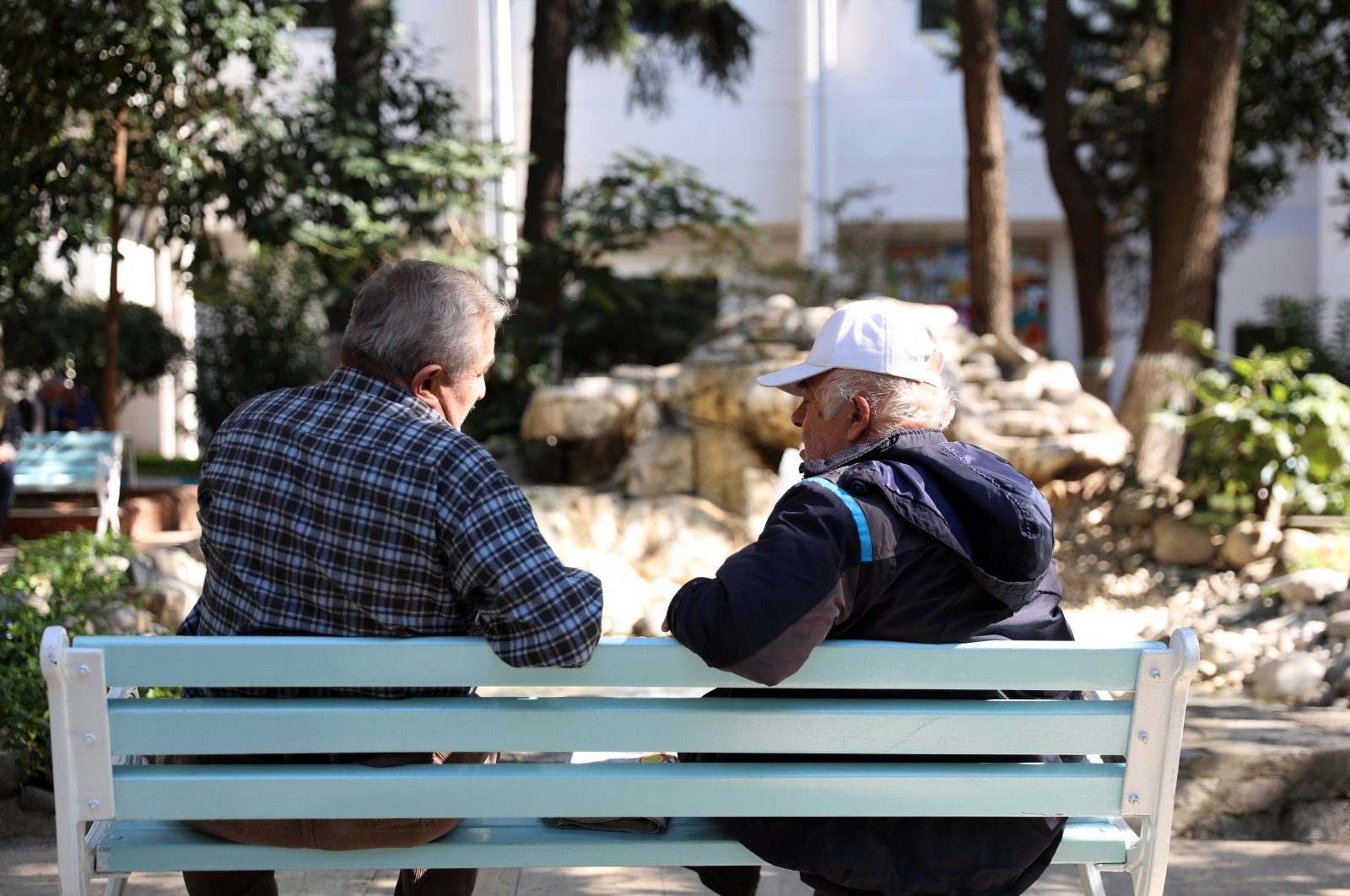 Turkey, where senior citizens make up 9.1% of the population, marked the International Day of Older Persons on Thursday, as it strives to boost the number of care homes and public services for the elderly

Once boasting a young population, Turkey is headed toward the list of countries with a larger aging population. The country now has about 8 million senior citizens, and projections show this number will continue increasing in the coming decades.

Speaking on the International Day of Older Persons marked on Thursday, professor Mehmet Ilkin Naharcı, a geriatrics expert from the University of Health Sciences in Istanbul, said this increase will ultimately lead to a rise in the need for nursing homes, hospitals and home care services for senior citizens. Indeed, Turkey in recent years started focusing on the care-at-home model with incentives and has been building more nursing homes across the country.

Figures released by the Turkish Statistical Institute (TurkStat) in March show that Turkey’s elderly population increased by 21.9% in the last five years. Still, Turkey's figures are lower than in developed countries in terms of the elderly population. TurkStat says the country ranks 66th among 167 countries. The three countries which have the highest proportion of elderly citizens in their population are Monaco, Japan and Germany, with 34.1%, 28.8% and 22.7%, respectively.

The majority of elderly citizens in Turkey are women, and some 62.8% of the elderly population are those between the ages of 65 and 74. According to TurkStat, the shape of age structure changed with advances in public health, better living conditions, increases in the welfare level and life expectancy, and decreases in rates of fertility and mortality. Under the current official population projections, the proportion of the elderly population was expected to be 10.2% in 2023, 12.9% in 2030, 16.3% in 2040, 22.6% in 2060 and 25.6% in 2080.

Speaking to Anadolu Agency (AA), Naharcı said Turkey diversified its services in geriatrics, long-term home care and palliative care for the elderly in recent year. “Now, we have more than 400 nursing homes and rehabilitation centers for senior citizens, and they host about 27,500 people. Others opt for care by their families or by professional carers at their own homes,” he said.

Minister of Family, Labor and Social Services Zehra Zümrüt Selçuk says they plan to offer different models of care for the elderly at nursing homes, and the government will open 53 more nursing homes with a capacity of 5,425 people in the next three years. These will add to the 155 government-run nursing homes currently serving 13,790 people.

The minister said last week in a written statement that they concentrated on offering services for the elderly “in places they are more familiar and less crowded.” Selçuk said the new nursing homes will have three separate designs: apartment complexes, smaller houses and facilities with large courtyards. The apartment complex model will serve senior citizens with limited movement due to physical disabilities, while the nursing homes with courtyards will house senior citizens who do not need around-the-clock care and are in need of more movement. Smaller houses allow senior citizens who do not depend on daily care to live on their own. There are more than 1.3 million senior citizens living alone, according to TurkStat, and the majority of them are women.

The Turkish nation prides itself on respect for the elderly, and nursing homes are more common in urban settings, while outside of big cities, most of the elderly are exclusively cared for by their families or neighbors. This respect for the elderly became more prominent during the COVID-19 pandemic. Government-sponsored groups called Vefa (Loyalty) helped senior citizens confined to their homes throughout the pandemic, doing everything from grocery shopping to house cleaning for them.

Professor Emine Özmete, who heads Ankara University’s Center for Application and Research on Aging, said the pandemic, which is a higher risk for people 65 and older, was, as a matter of fact, an opportunity for societies to show respect for the elderly. “No matter their socioeconomic status, every senior citizen may need care and it is their right,” Özmete told AA. She said Turkey was among the most successful countries in terms of care for the elderly in the time of the pandemic, offering services to senior citizens ordered to stay home at the beginning the outbreak.

Not all of the elderly find the respect, or rather the company, they desire in their advanced years. In Darülaceze, Istanbul’s most renowned nursing home tracing its history to Ottoman times, residents’ most common complaint is losing contact with people to whom they were once close, from family members to friends.

“I have been here for the past two years, and none of my old acquaintances visited me even once,” 77-year-old Nazif Kara laments. Kara heaps all the praise on the nursing home but is sad about being abandoned by his former companions. A shopkeeper with no family, the elderly man was staying alone in a basement floor before a friend helped him to move to Darülaceze. Kara learned to sew handbags at the nursing home’s workshop but had to quit due to pain in his waist.

“I am now waiting for death. I have no friends outside. It has been two years, but nobody ever called me or visited me. I had so many friends while I was younger. Now I am forgotten,” he told AA. Kara said although the nursing home is excellent for its services, it is better not to be dependent on anyone. He recommends young people save enough money, “so that they won’t need to be in a nursing home in their old age.”

Ebru Sahavet Sevik, 67, found herself at Darülaceze two years ago. Working as a child care provider for years, Sevik came to the nursing home when she could not find jobs and her pension was not sufficient. Sevik says the nursing home was “great.” “Attendants are very nice and help us with everything. I spend my time in workshops and feel like I am ‘useful’ again,” she said.

“Getting old is bad. People should value their youth. May God not force you to leave home and spend your last days far from people you know, you loved. Still, I am grateful to be here,” she said.