Back in my day: Turkish elders beat COVID-19, cancer 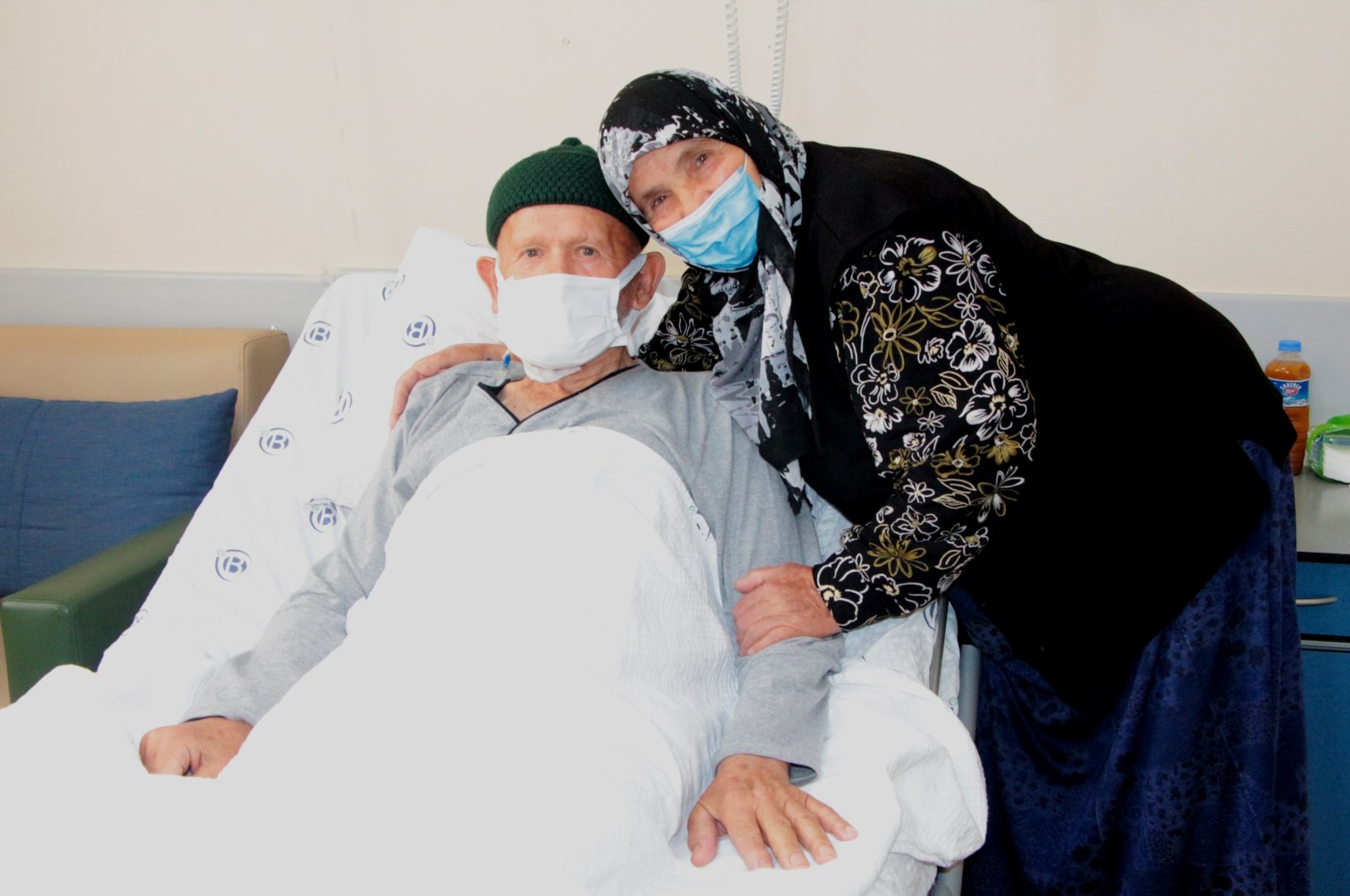 You are as old as you feel. This saying certainly holds true for two elderly members of Turkish society who beat all odds and are feeling just fine.

A 117-year-old woman in southeastern Turkey has managed to beat COVID-19 after she received her second dose of the vaccine and now encourages everyone to get vaccinated, while an 80-year-old man in Adana successfully recovered from both the coronavirus and cancer.

Muteber Engindeniz, mother of five from Hakkari province, shared her experience with the Anadolu Agency (AA) of overcoming the virus with just mild symptoms thanks to her vaccination.

Engindeniz was in quarantine for 15 days after receiving her second dose four months ago and said she was happy to beat the disease with kith and kin in her village.

She said that she took the medicine according to the doctor's advice and ate well in quarantine.

"My children also supported me. We are engaged in small cattle breeding in the village. I used to head for the hills to milk the sheep. I can't go anymore, I'm busy with the housework. I feed the chickens in the garden.

"I’ve received two doses of vaccine. I'm very well right now. Fortunately, I don't have any issue that requires the doctor,” she said. "I want everyone to receive the vaccine. We cannot beat this disease any other way," she added.

She said her husband died 19 years ago and she mostly spends time with her children and grandchildren.

Ever since her childhood, she has consumed natural food, which she grows in her garden, she added.

Meanwhile, in Adana, 80-year-old Ali Öküzcü, who had survived the coronavirus in July of last year, has also defeated stomach cancer after a risky operation and walked out of the hospital hand-in-hand with Yeter Öküzcü, his wife of 60 years who did not leave his side even for a moment.

Öküzcü had visited his relatives last July, after which he had complaints of high fever and loss of taste and smell. It turned out that he had contracted COVID-19, but he regained his health after being treated at home despite his advanced age.

Six months later, at which time Öküzcü had received his COVID-19 vaccines, he felt some discomfort in his intestines. The biopsy results, after analysis and examinations, showed a tumor in his stomach.

He received three months of chemotherapy and underwent surgery even though it was considered risky due to his age and old age-related diseases.

The surgery lasted for about five hours, during which the cancerous area in Öküzcü's stomach and the lymph nodes around it were cleaned.

Öküzcü regained his health after the treatment.

His wife Yeter Öküzcü, 76, with whom he had 10 children, said they were by each other's side for six decades.

"We have come to these days without hurting each other for 60 years. When he was taken into surgery, I wandered in the service corridors for five hours. I waited for him with fear and impatience. I always asked my children to ask about my husband's condition. Thankfully, the operation was successful. I am very comforted and happy now that he will be fine," she said.