Battle of Manzikert: A celebration for the landmark victory in Turkey 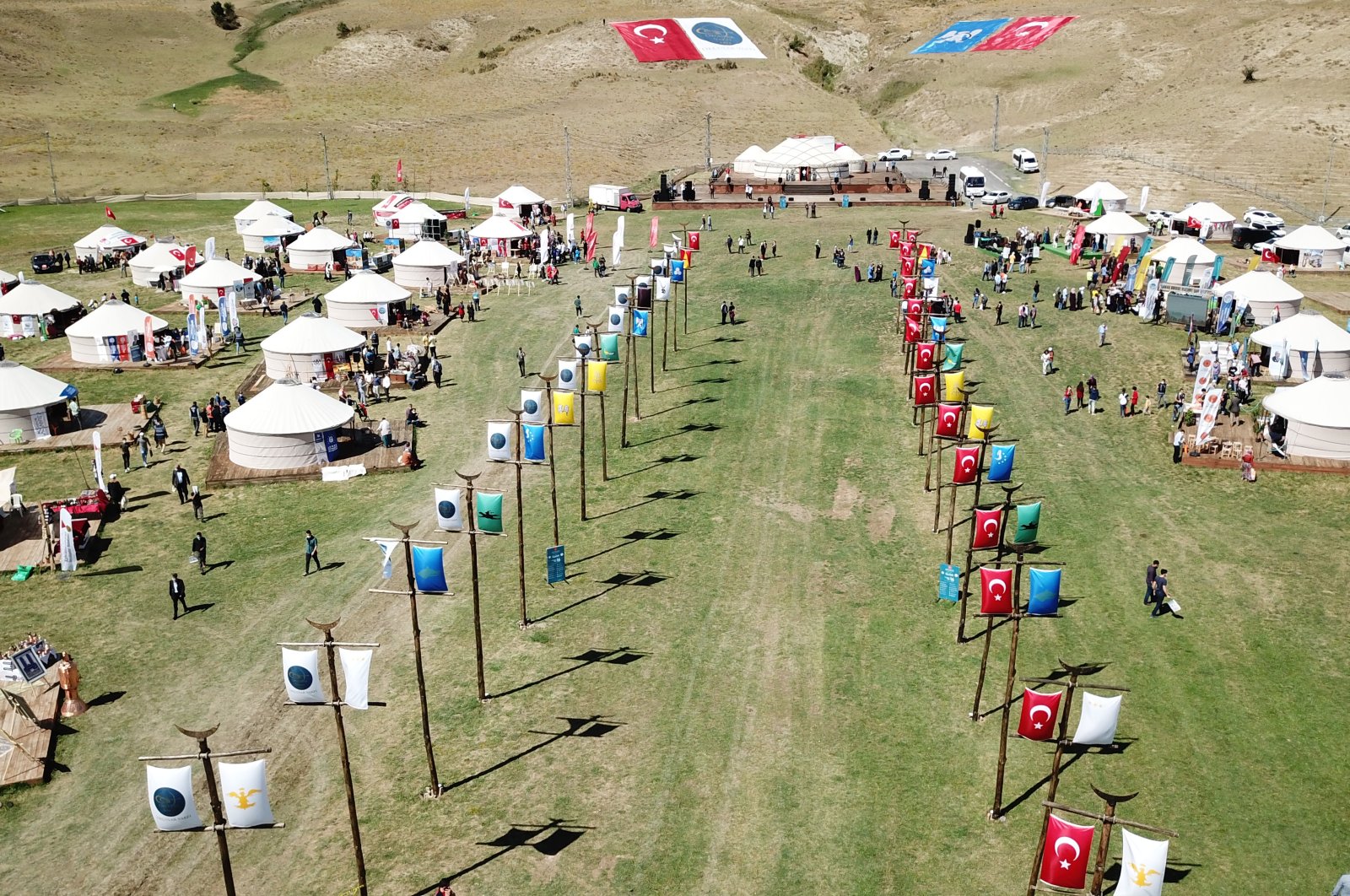 Turkey this week celebrates the outcome of the Battle of Manzikert, which took place 949 years ago and paved the way for centuries of Turkish rule in the region

Turkey on Wednesday will mark the 949th anniversary of the battle in present-day eastern Turkey that “opened the door to Anatolia” for Turks. Since the weekend, celebrations have been underway in Malazgirt and Ahlat, two small towns that played a key role in the defeat of the Byzantine forces by Seljuks. The Battle of Manzikert, also known as the Battle of Malazgirt, was the first major victory of the Seljuk sultanate against the Byzantine Empire that dominated most of Turkey.

President Recep Tayyip Erdoğan, who championed the revival of grand remembrance of landmark victories in Turkish history that were mostly confined to history books, visited Ahlat Tuesday, one day before the anniversary of the battle. Erdoğan, accompanied by Nationalist Movement Party (MHP) leader Devlet Bahçeli, watched the events and was set to inaugurate a presidential complex in Ahlat on the shores of Lake Van.

Though the events to mark victories have grown in scale in recent years, the COVID-19 outbreak has forced authorities to limit their size. Last year, about 100,000 people attended such events, however, this year on Wednesday the participants will be limited to a symbolic 2,071, around 1,000 more than the year of the battle. Several other events in Ahlat and Malazgirt were also canceled to prevent overcrowding.

In Malazgirt and Ahlat, horseback archers and an aerial stunt team of the Turkish Armed Forces (TSK) performed shows, while tents in the shape of traditional yurts set up in the region centuries ago hosted exhibitions.

Central to the events was a presidential complex that will be used to house state guests. The complex, built on a space of more than 32,000 square meters (345,000 square feet) was proposed by Bahçeli a few years ago, near the site where Sultan Alp Arslan who led Seljuks in Malazgirt battle camped before launching his decisive attack on Byzantine forces.

August is a month of victories for Turks, and Aug. 30 is marked as Victory Day, dedicated to a battle that cemented the independence of modern Turkey in 1922. But it is the Battle of Manzikert that made more victories possible for Turks for centuries to come. The battle which pitted the Seljuk army against the Byzantine army led by Emperor Romanos IV, had a profound impact on both sides, was a rallying cry for a crusade for Europe against Muslims and a step that paved the way for the small Kayı tribe to evolve into the Ottoman Empire.

The battle was actually a result of Byzantine's attempt to stop Sultan Alp Arslan, who was engaged in a campaign against the Fatimid rule in present-day Syria and sought to besiege the cities in present-day Turkey’s southeast then controlled by Byzantine forces. His campaign prompted the Byzantine Empire, already feeling a threat on its eastern borders, to destroy Seljuks once and for all.

The Byzantine army far outnumbered the 15,000 soldiers of the sultan but when the two armies confronted each other between Ahlat and Malazgirt, the Seljuk leader was defiant. He is rumored to have worn a white dress resembling a shroud before leading the charge of the army against the Byzantine forces on a Friday, a sacred day for Muslims. The resolve of the Seljuk troops, the ingenious tactic of a fake retreat and surrounding the enemy secretly before showering them with arrows helped the Seljuks’ victory. Romanos IV was taken prisoner but was forgiven by the sultan and set free. Yet, the defeat made him unpopular back in the Byzantine capital and ultimately led to his fall from grace and dethronement. Alp Arslan himself was assassinated about one year after the victory.

The battle also directly resulted in the Orthodox Christian Byzantine Empire to seek help from the Catholic Vatican. Pope Urban II used Byzantine Emperor Alexios I Komnenos' request for military aid to declare, at the Council of Clermont in 1095, a general mobilization of Western Christendom against the Turks who had occupied Anatolia and much of the Middle East. The resulting mass invasion was called the Crusades.